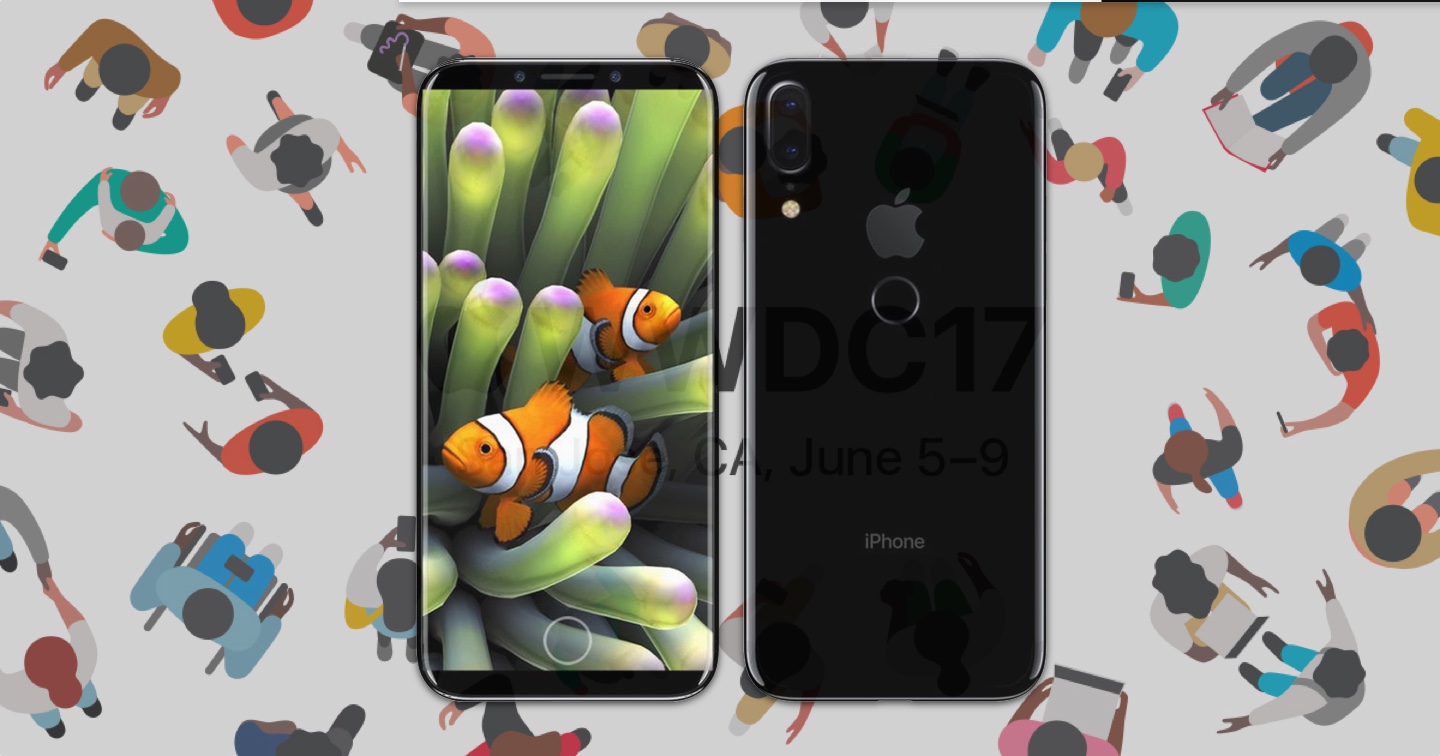 Off the back of Apple’s earnings, JPMorgan has distributed its latest analyst report on the company’s outlook. Amidst the financial predictions, JPMorgan says that there is a ‘high likelihood’ that Apple will announce the iPhone 8 at WWDC in June.

The analyst believes Apple will preview the new iPhone lineup in June, but the device wouldn’t go on sale until the fall. This is a surprising claim to make given how unlikely it seems, flying in the face of everything else we’ve heard about the 2017 iPhone …

JPMorgan does little to justify its outlandish claim, simply stating that investors should expect weaker summer sales performance as customers await for a major upgrade in the fall.

It is true that Apple has launched new iPhones at WWDC before, up to the iPhone 4 in 2010. They very clearly have moved away from this trend however.

Every iPhone since then launched in the fall and every model debuted in September — with the exception of the iPhone 4s which launched in early October. Apple has definitely shown a preference for the fall, boosting its holiday quarter sales with many new product launches.

In addition, it would be weird for Apple to preview an iPhone 8 following Tim Cook’s comments on the earnings call that iPhone 8 rumors and reports resulted in many customers holding off on buying existing devices. Officially announcing the next-gen would exaggerate that effect causing an even bigger summer sales dive.

It’s also worth reiterating all the reports that said the new OLED iPhone could be significantly pushed back from September, giving Apple even more time to announce the product instead of rushing it out at WWDC as JPMorgan predicts.

Every other source is claiming a much more believable launch schedule, where Apple will announce the iPhone 8 (and two iterative updates to iPhone 7 and iPhone 7 Plus) at a media event in early September. The modest internal upgrade iPhones would launch a couple of weeks after but the iPhone 8 might not go on sale until late October or early November.

In case you’ve missed all the previous iPhone 8 rumors, Apple is readying a major overhaul to the iPhone design featuring a larger 5.8-inch OLED display in a chassis that is a similar physical size to the 4.7-inch iPhone. Recent leaks have suggested that Apple will integrate the fingerprint sensor and front cameras underneath the display to enable the screen to dominate the front face with almost no bezel. However, there is still little consensus here as it is unclear what final design Apple has chosen.

Apple’s WWDC conference kicks off June 5th where we expect Apple to announce iOS 11, macOS 10.13, watchOS 4 and tvOS 11. We really doubt that JPMorgan’s report is correct and would expect iPhone hardware announcements in the usual fall period. That’s not to say WWDC is necessarily a software-only event; recent sources report that Apple may announce an Amazon Echo competitor there.