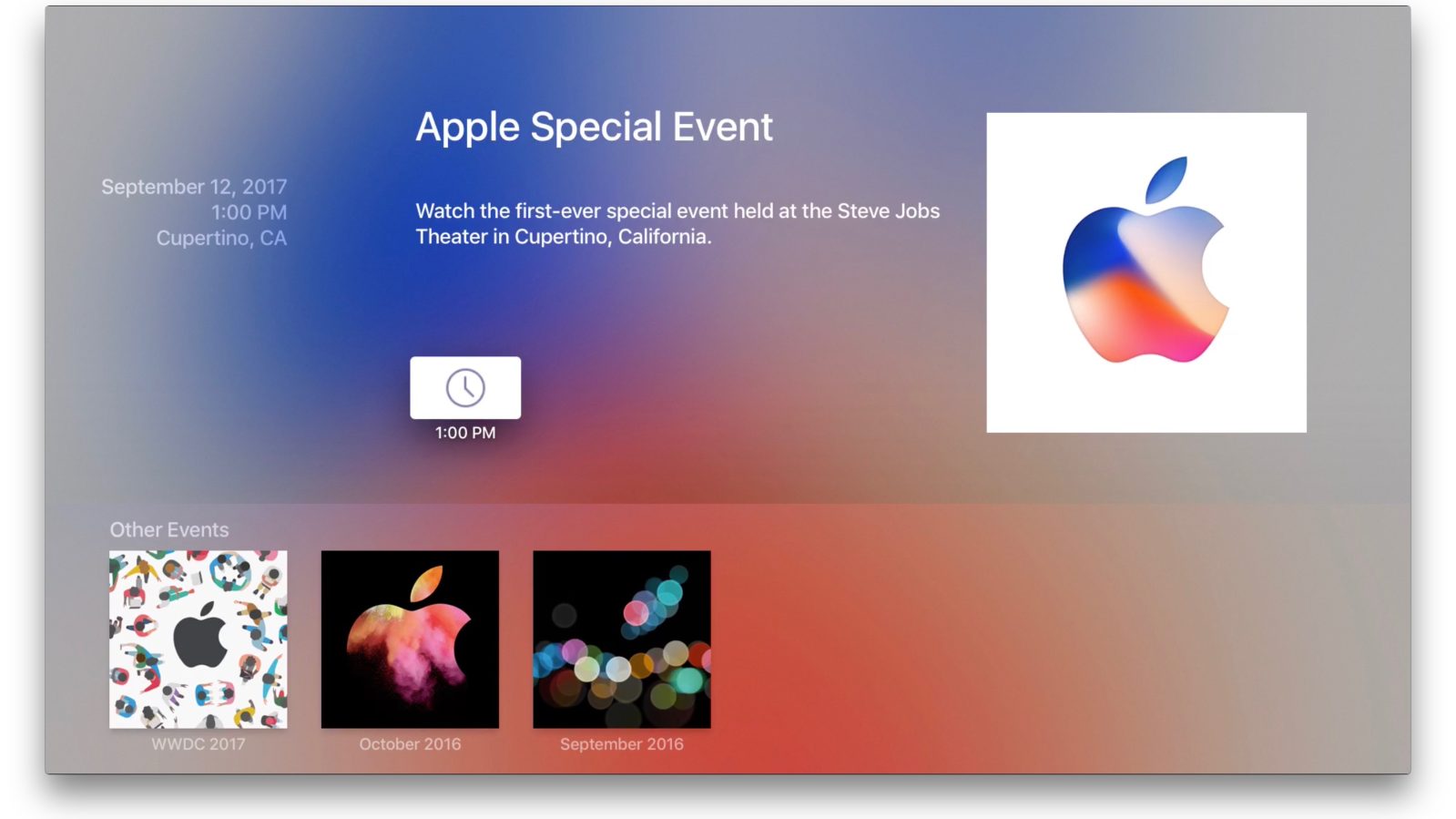 Update: The popular third-party macOS Apple Events app has also been updated for next week’s event.

Apple this evening has updated its Apple Events app for Apple TV ahead of next week’s iPhone 8 showcase. The update brings the app in line with the color scheme used on Apple’s invites for the iPhone event. Apple is also promoting its September Special Event on its website with a landing page…

The Apple TV app now showcases the upcoming September event and is based around the multi-color scheme of the invites Apple sent out last week, further building hype.

“Watch the first-ever special event at the Steve Jobs Theater in Cupertino, California”

Apple has also added its usual calendar reminder to www.apple.com/apple-events/september-2017/. Adding the event to your calendar adds “Apple Special Event” with a 15 minute alert. The event entry includes this teaser: “Join us for September 2017 keynote presentation and watch every moment live.”

Apple’s iPhone 8 event kicks off at 10AM PT/11AM ET on Tuesday, September 12th. The event will see the announcement of the trio of new iPhones expected this year, as well as updated Apple Watch and Apple TV models. Also notably, the event will be held at Steve Jobs Theater, the first event to be held on Apple’s new Apple Park campus.

Read more about everything we’re expecting at the links below: