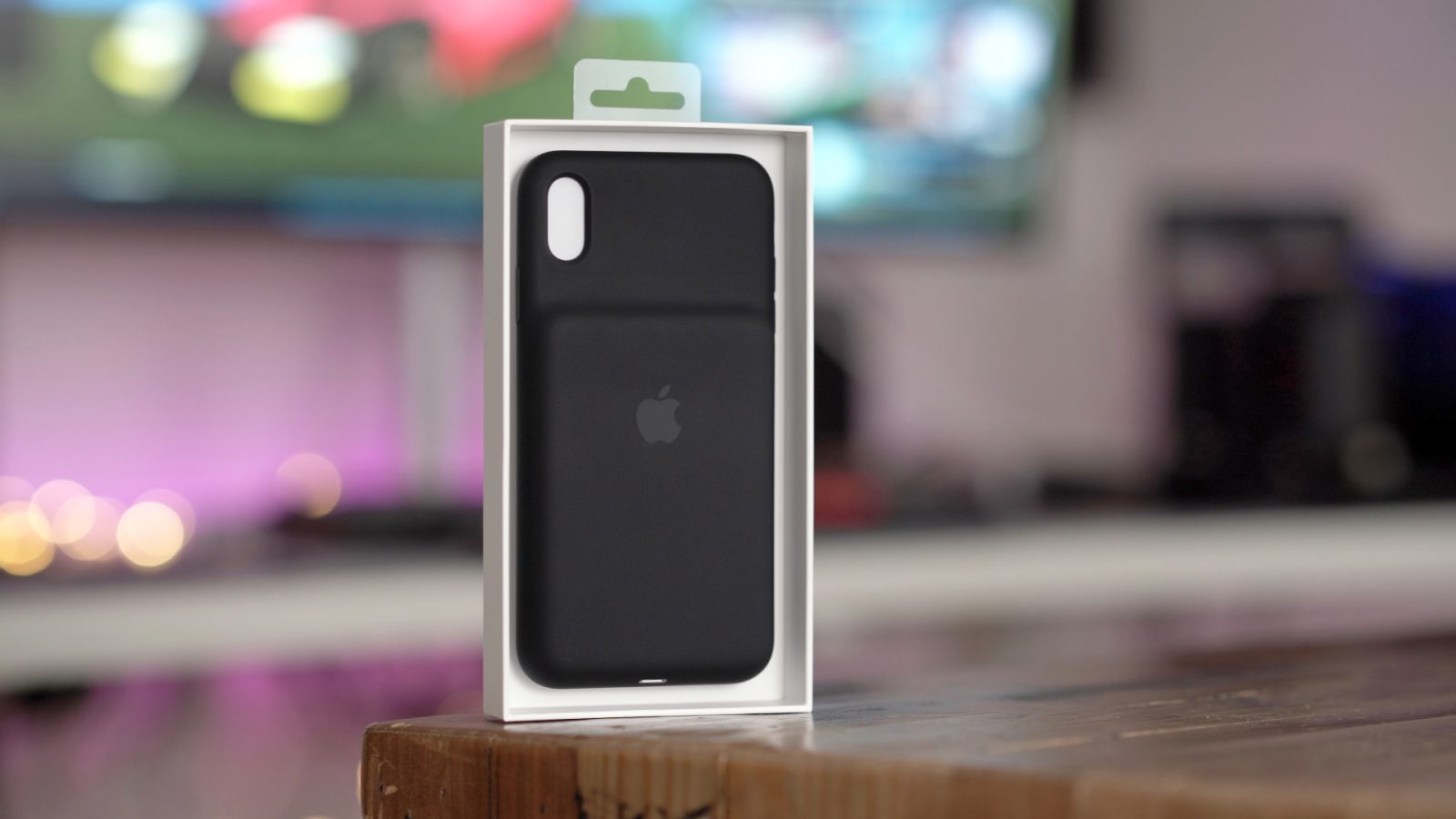 Does your iPhone have trouble making it through a full working day without dying? If so, then Apple’s just-released Smart Battery Case for the iPhone XS, iPhone XS Max, and iPhone XR may be the answer to your problem.

But with a better, yet still polarizing design, and a $129 price tag, the Smart Battery Case isn’t exactly an impulse buy. Do its smarts and new features like Qi wireless charging make it compelling enough to consider? Watch our new iPhone Smart Battery Case review video for the details. 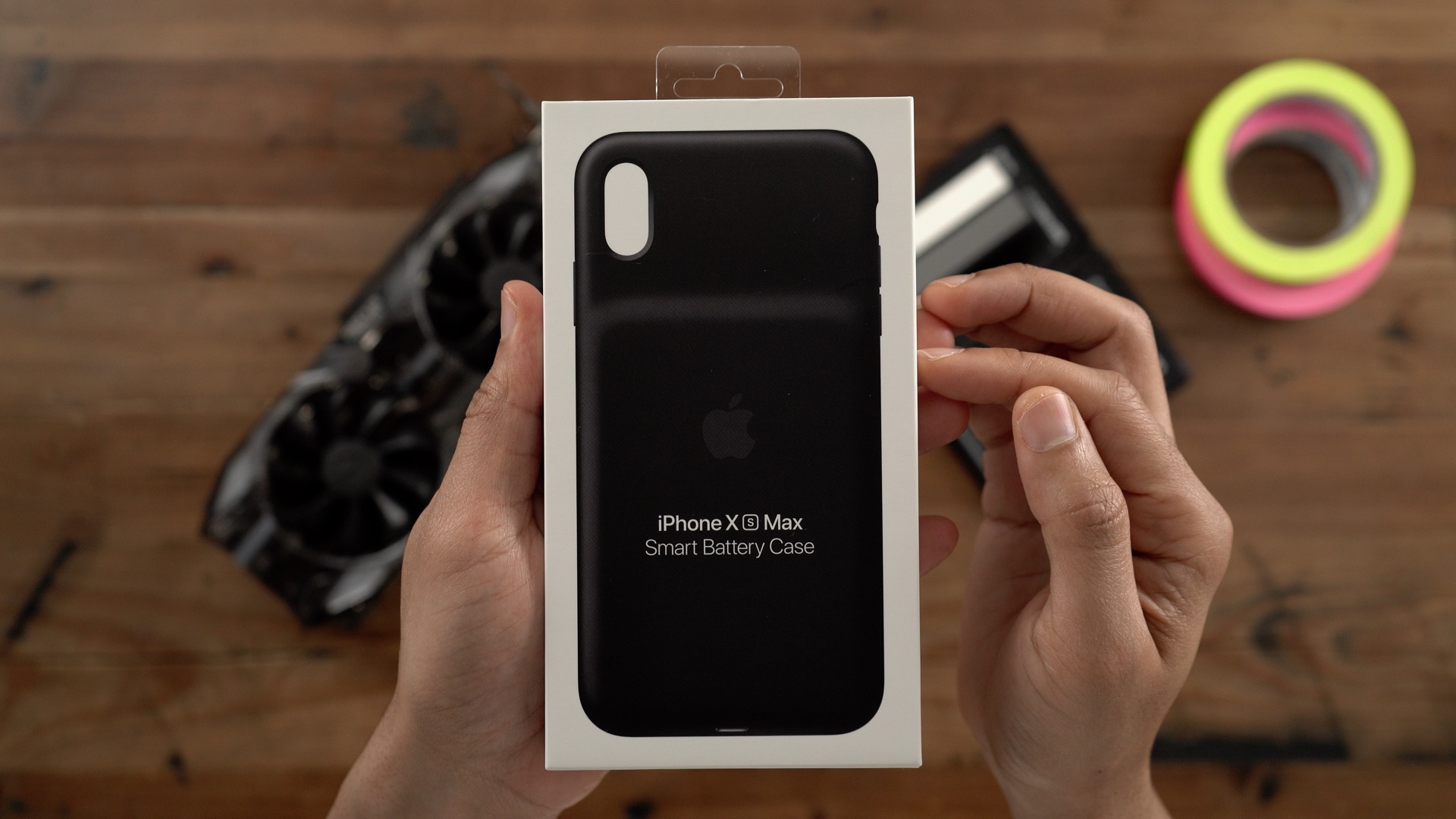 The design of the Smart Battery Case is similar to previous iterations, though it loses the ‘chin’ found on older models geared towards iPhones featuring Home buttons. The lack of a chin allows the iPhone XS, XS Max, and iPhone XR to retain the ‘all screen’ look. 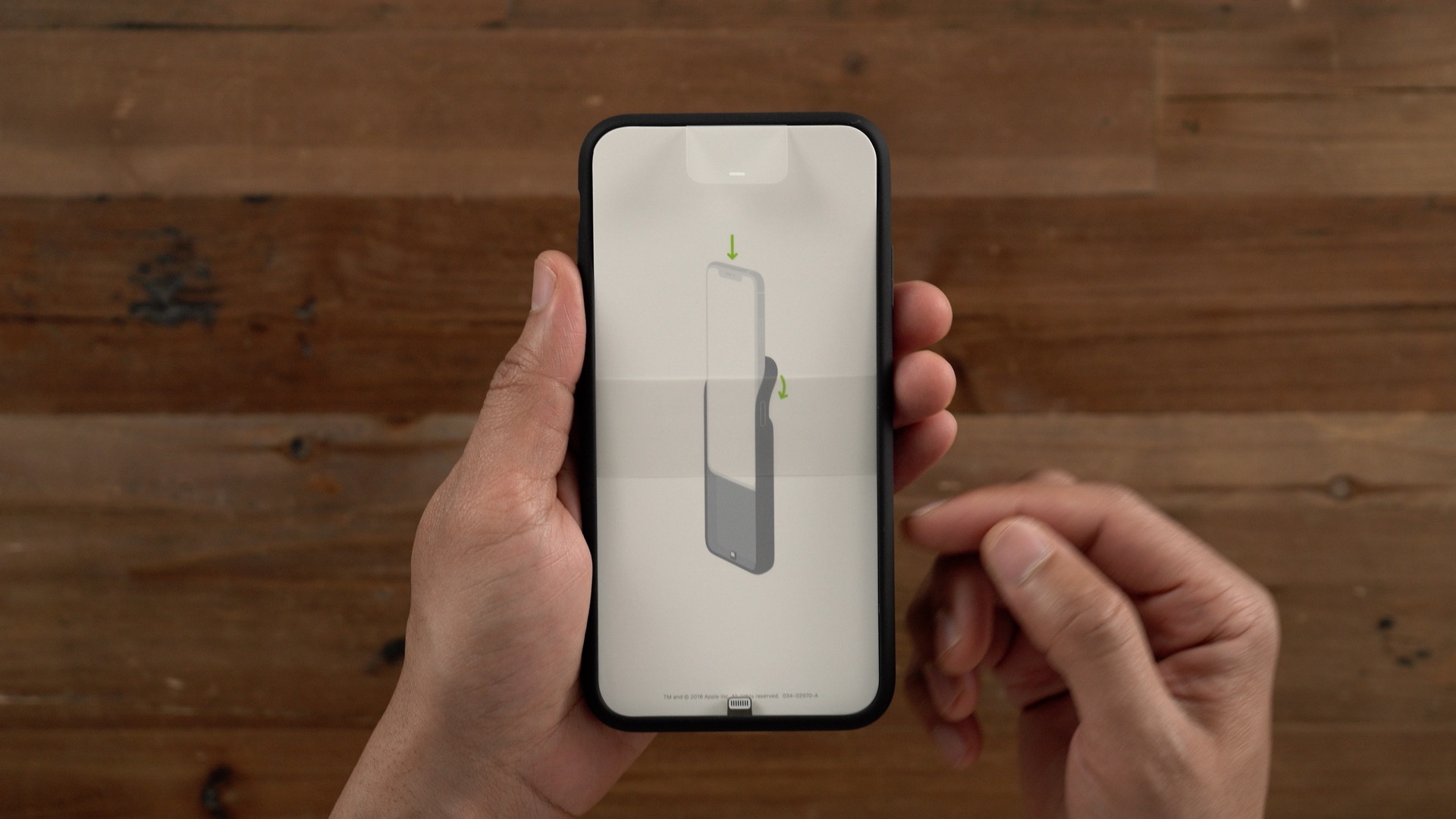 The chin in previous models also served as a way to port sound from the bottom speakers, essentially turning them into front-facing speakers. Because the new case lacks a chin, this speaker channel was removed in favor of simple holes in the bottom of the case that align to the asymmetric holes on the bottom of your iPhone. 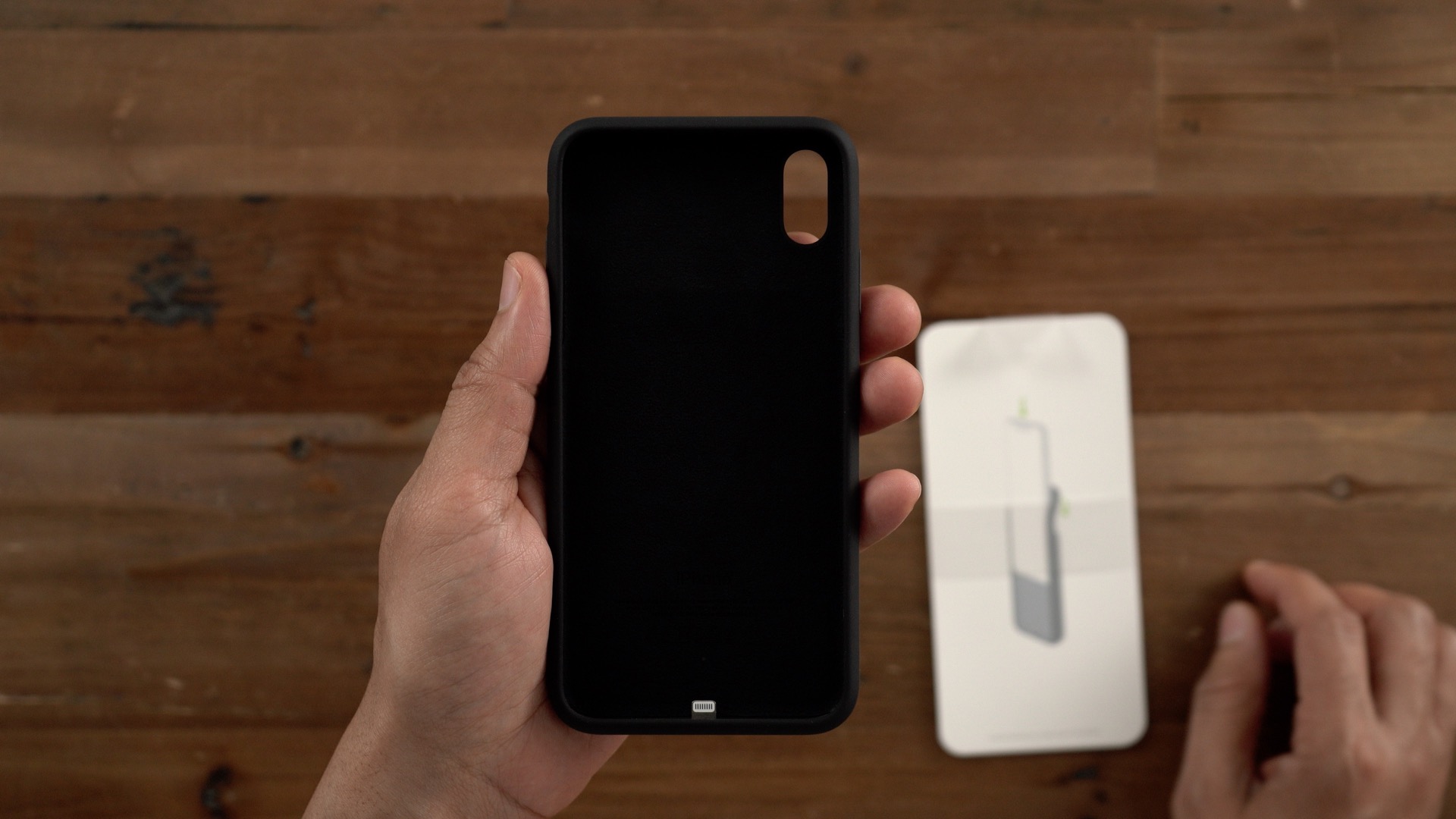 The case is designed using the same silicone material used in Apple’s standard Silicone Case. Inside the case you’ll find a soft microfiber lining to help protect the sides and rear of your iPhone. Like older models, the Smart Battery Case features an elastomer hinge on its upper area, allowing a compatible iPhone to be easily inserted and removed. 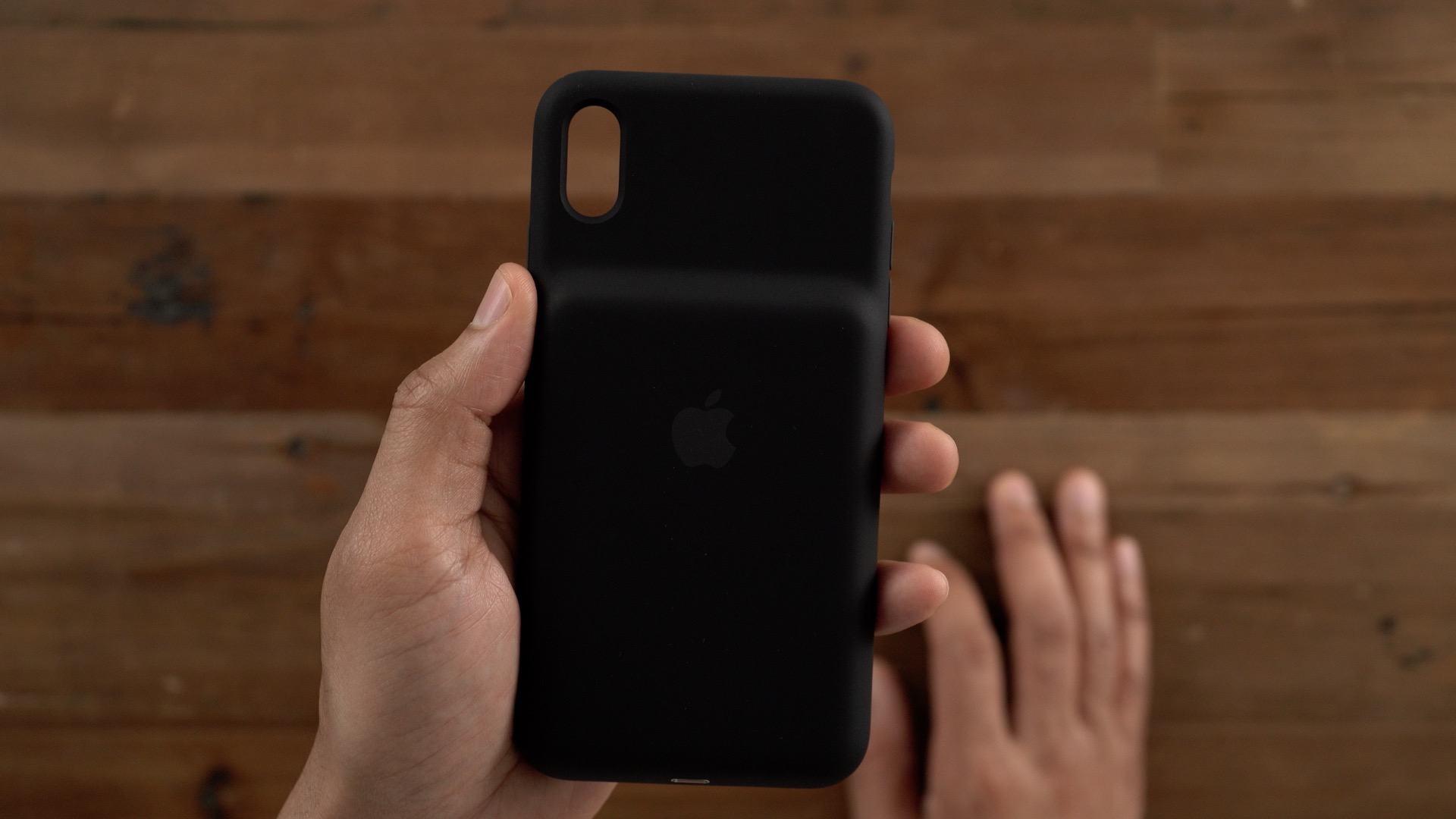 The Smart Battery Case features a 10.1 Wh battery, which is 13% more total energy storage than the previous version. As we noted in an earlier article, the Wh on the new cases is higher than the previous models because the voltage was doubled. 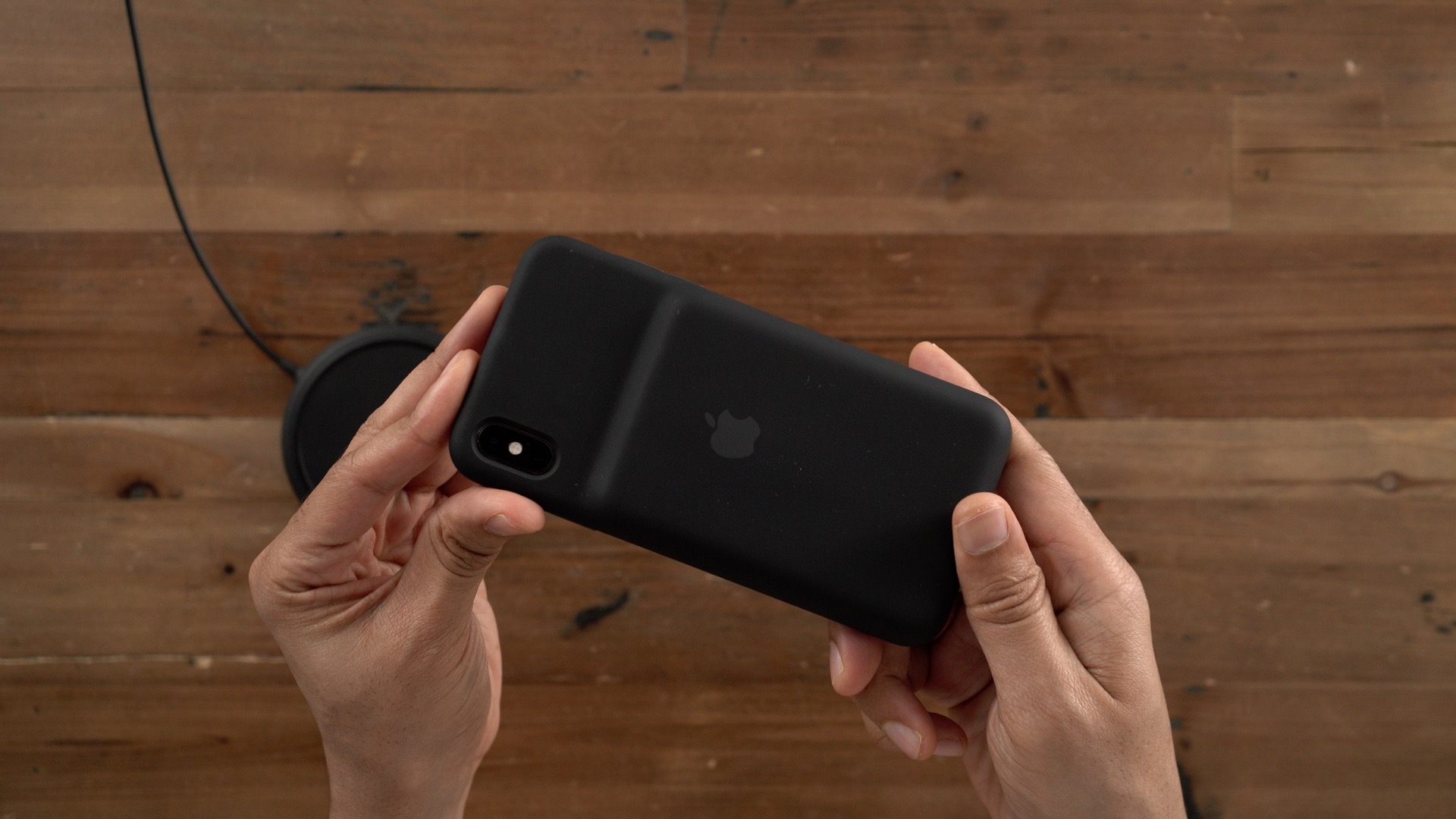 The battery, located underneath the hump on the rear of the case, has a new design. Unlike the previous two iterations of the Smart Battery Case, the battery on the third-generation model extends fully to left, right, and bottom edges. Such a design provides a more seamless appearance, which looks less like a prototype, and more like an Apple-designed product.

As has been reported for those that got their hands on the Smart Battery Case early, my case arrived dead with 0% charge on arrival. Charging the case can be accomplished via one of two methods — you can charge using the traditional Lightning cable connection, or place the Smart Battery Case on a Qi-enabled wireless charger. 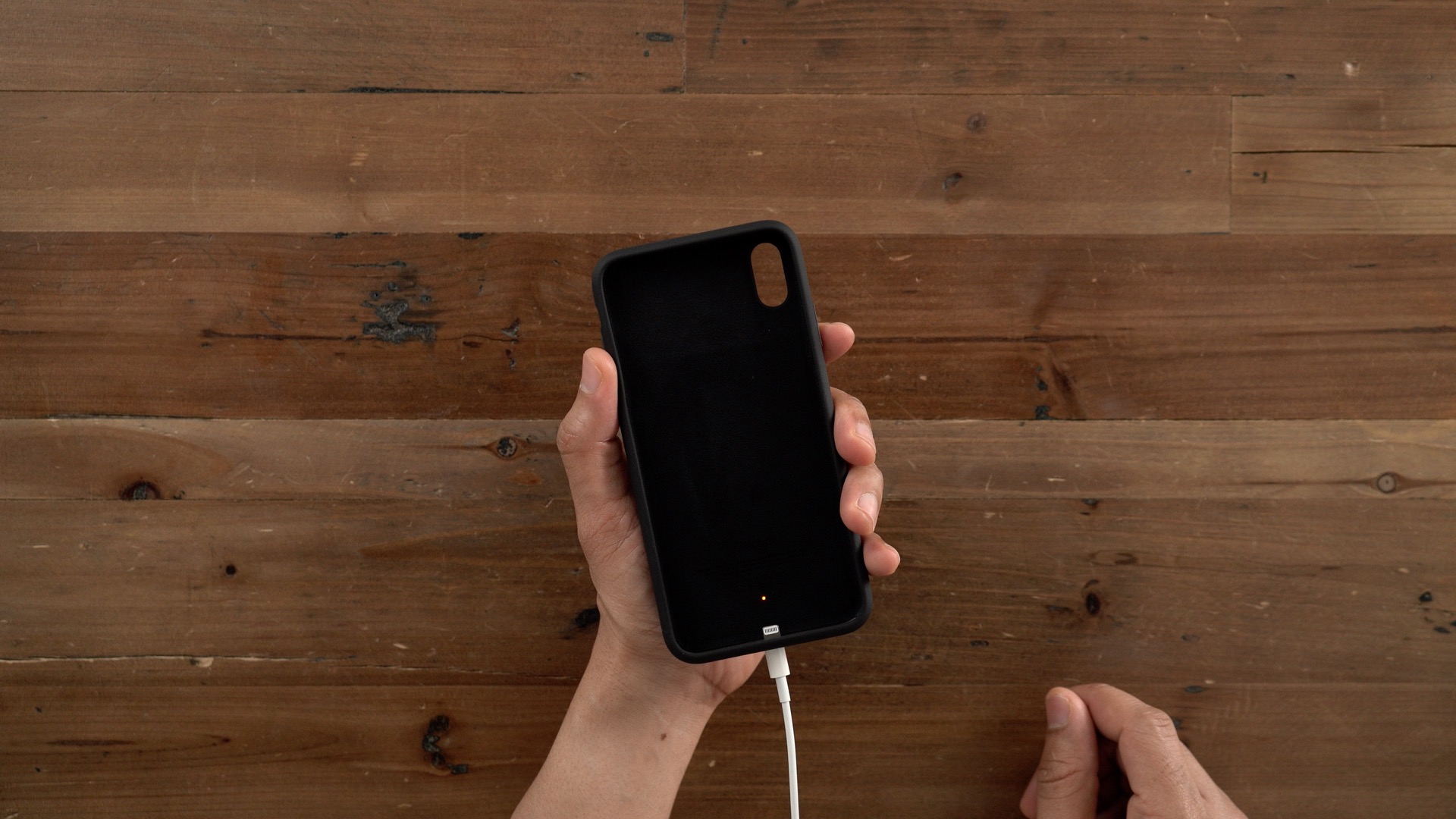 If you wish to quickly charge the Smart Battery Case, simply remove the iPhone and charge it separately. There is small LED charging indicator inside the case that turns orange when charging, and green when fully charged. 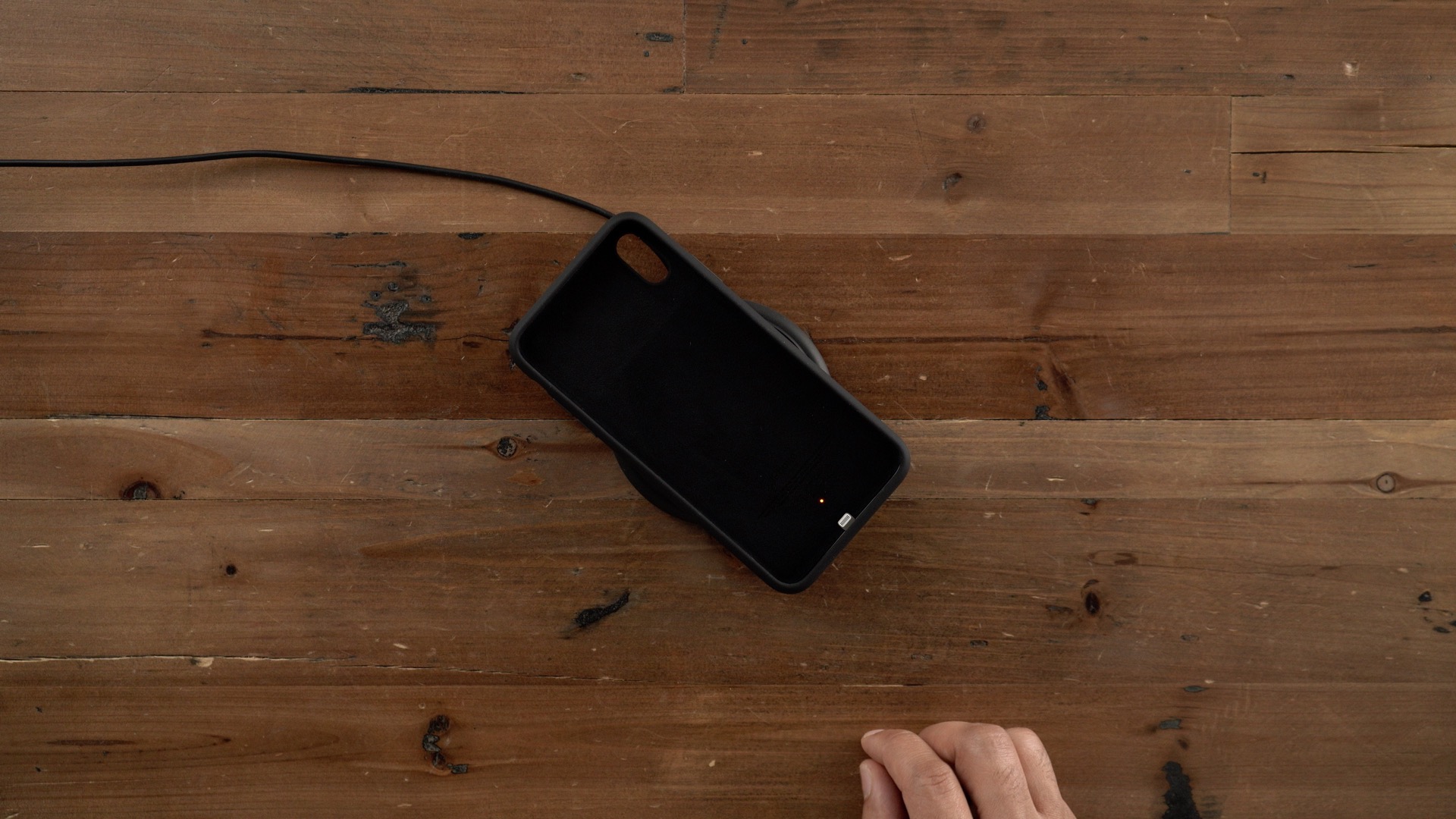 Qi charging is new for this generation of Smart Battery Case, and it’s a welcomed addition. Just like hardwired charging, charging the case wirelessly recharges the battery inside the case. In other words, you can charge your iPhone and battery case simultaneously via the Lightning port or Qi wireless charger.

A couple of points of note:

It can be tempting to place the battery hump on the Smart Battery Case directly on the Qi wireless charging surface, but the charging coil area is located near the center of the case. Hence, you’ll need to rest the center of your case on the charging area instead of the entire battery portion. 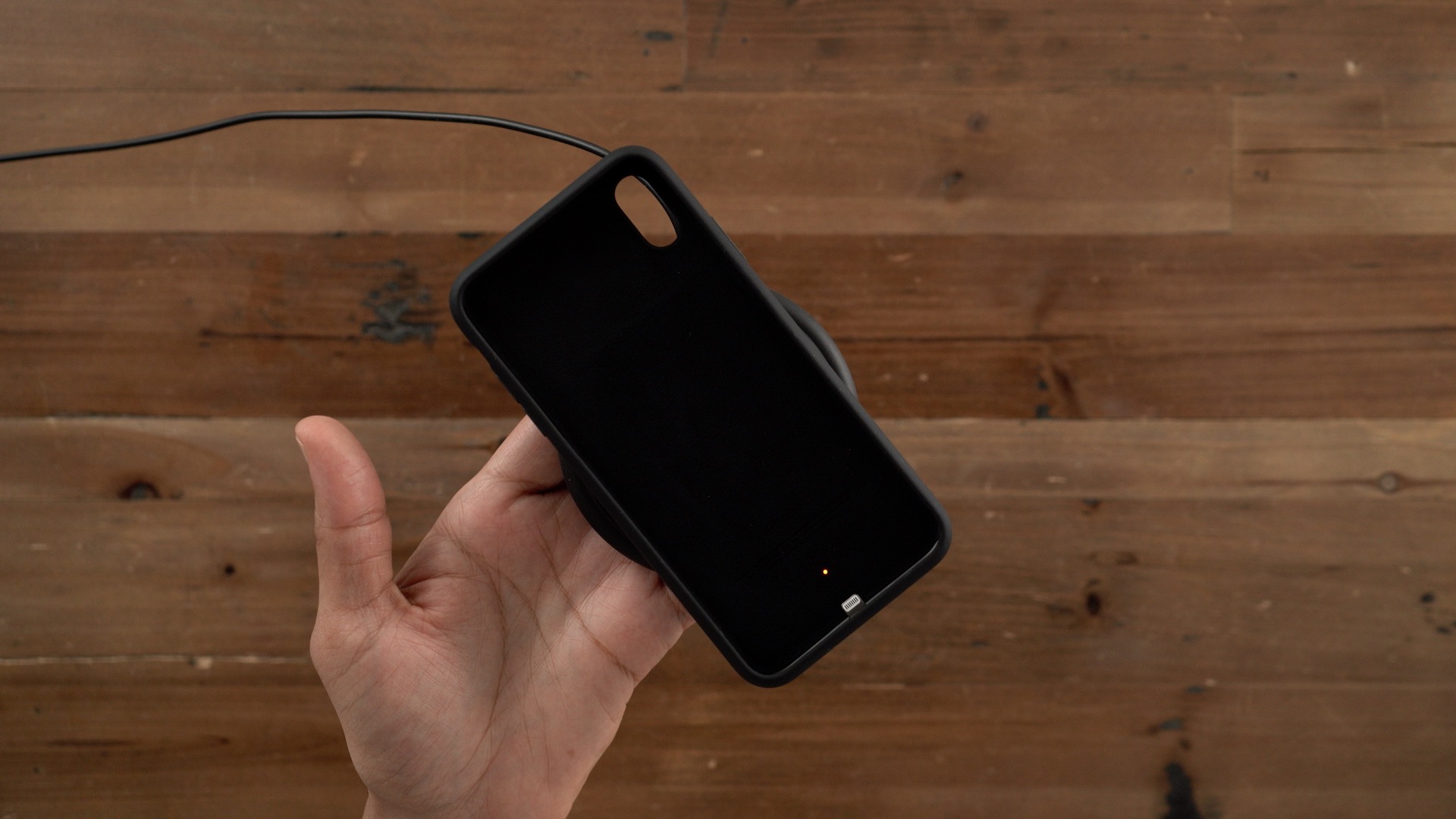 One of the reasons why I’ve always been fond of the Smart Battery Case is because it truly lives up to its name, managing charging intellegently. The third-generation model continues in this manner. 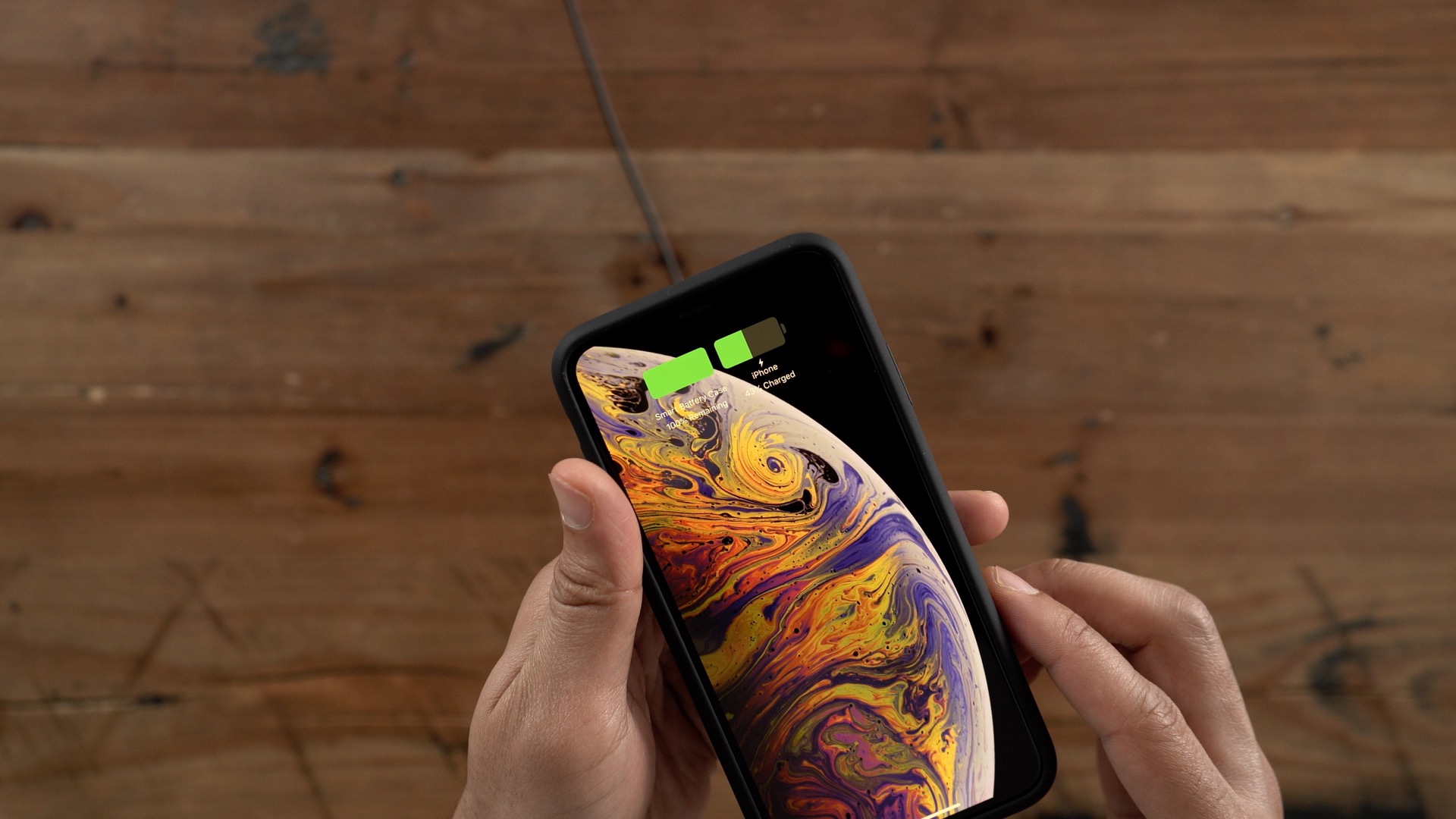 For starters, you never have to remove your iPhone from the Smart Battery Case to charge or maintain the case, because there’s nothing to maintain. It essentially becomes an extension of your iPhone, so there are no buttons to interface with, allowing you to use your iPhone just the same as you always do.

The Smart Battery Case doesn’t wait until your iPhone is about to die before it begins to charge your iPhone. Instead, the case is designed in a way that causes it to top off your iPhone’s battery when needed, and at times, power your iPhone even when it’s sitting at 100%. It’s far from the typical experience that you get from most third-party battery cases, which often rely on the user to manage power distribution.

Unlike third-party offerings that usually rely on a series of inaccurate LED lights, the Smart Battery Case provides you with an exact report on its battery status via iOS. As with previous versions, it hooks directly into iOS to report the state of the Smart Battery Case on the Lock screen and within the Notification Center Battery Widget. 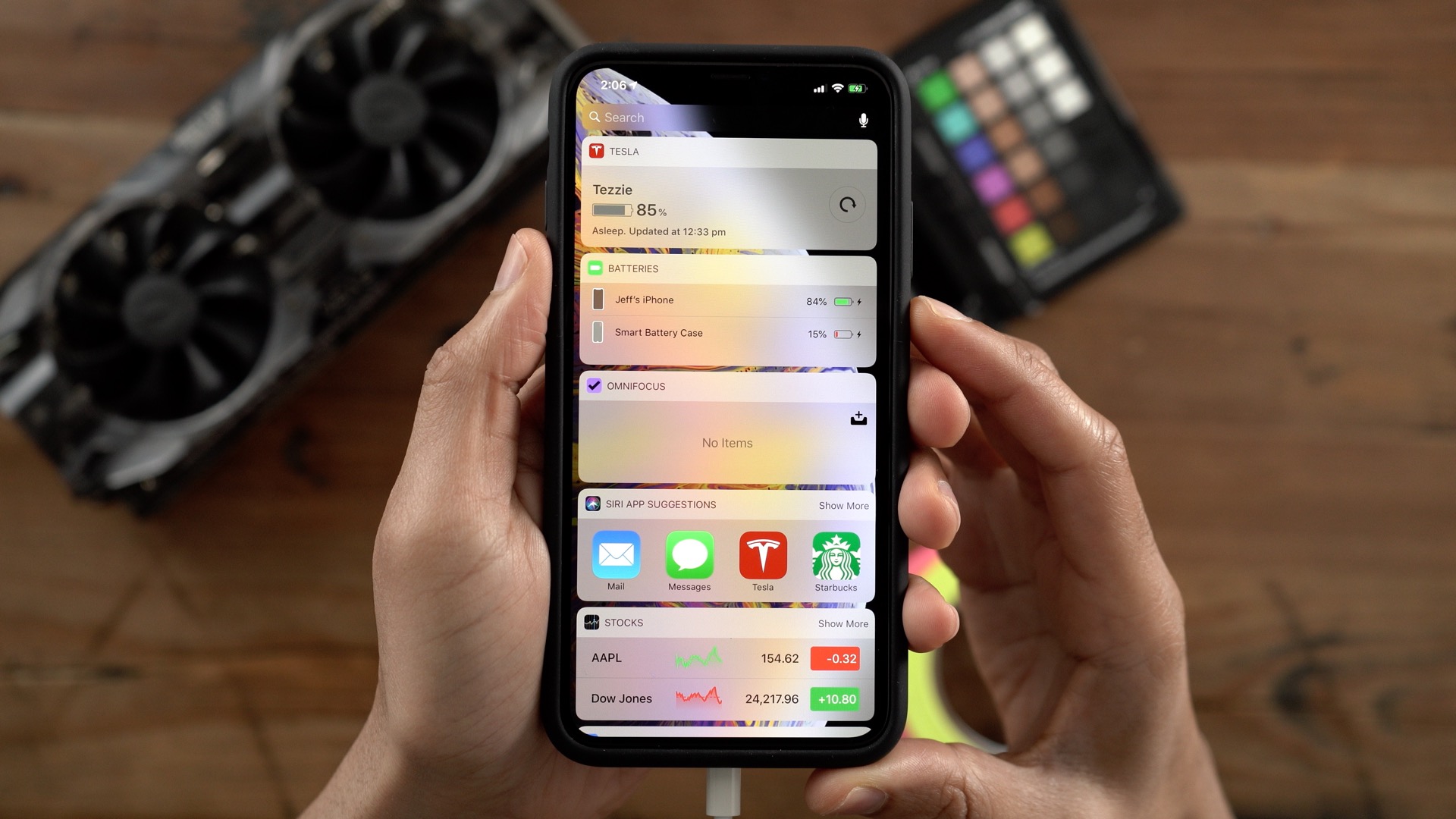 When combined with a Smart Battery Case, your iPhone transforms from a device that may last an entire day to a device that will last the entire day. Both talk time and video playback eclipse 24 hours on all three of the current iPhone models. Internet usage, while not quite 24 hours, comes within striking distance of a full day on the iPhone XR.

While the third-generation Smart Battery Case is a great upgrade for those looking to extend the battery life of an iPhone on a day-to-day basis, there are some downsides to consider.

The most obvious downside is the price: at $129, this is the most expensive Smart Battery Case to date, costing $30 more than the previous-generation model. You can get battery cases much cheaper than $129, but they lack the Apple fit and finish, lack the iOS integration, and most importantly, they lack the smarts. 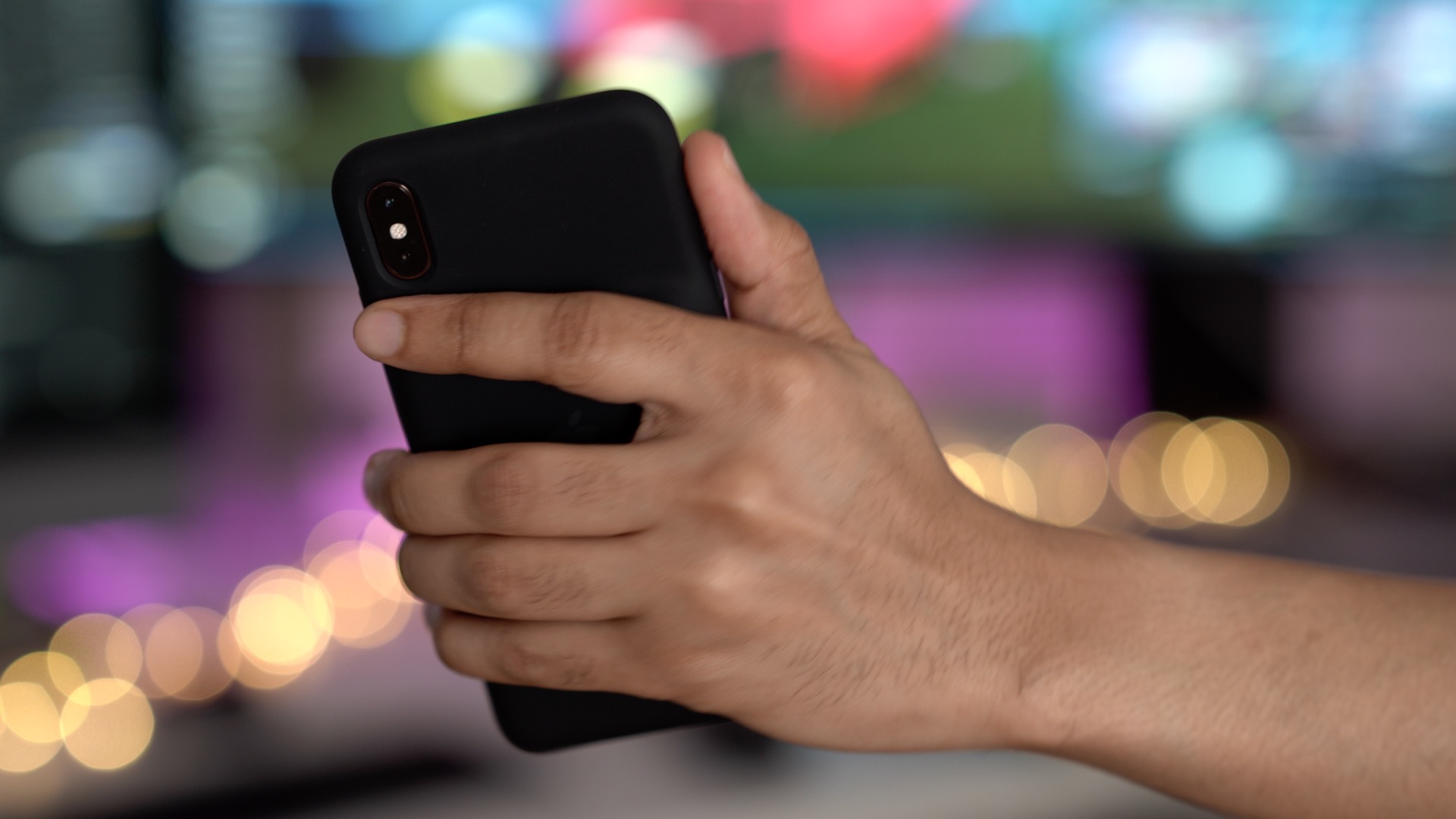 The next big downside is how bulky the Smart Battery Case makes an already large device. This is especially true with the iPhone XS Max, and to a lesser extent, the iPhone XR. It’s one thing to put a silicone case on your iPhone, but you’re putting a case with a large battery protrusion on the back, conspicuously adding to the bulk of the device.

Coupled with my iPhone XS Max, the Smart Battery Case makes an already large device feel downright gargantuan, and I have fairly large hands. The good news is that it’s still relatively comfortable to hold, it’s just unwieldy for small to medium hands and pockets. 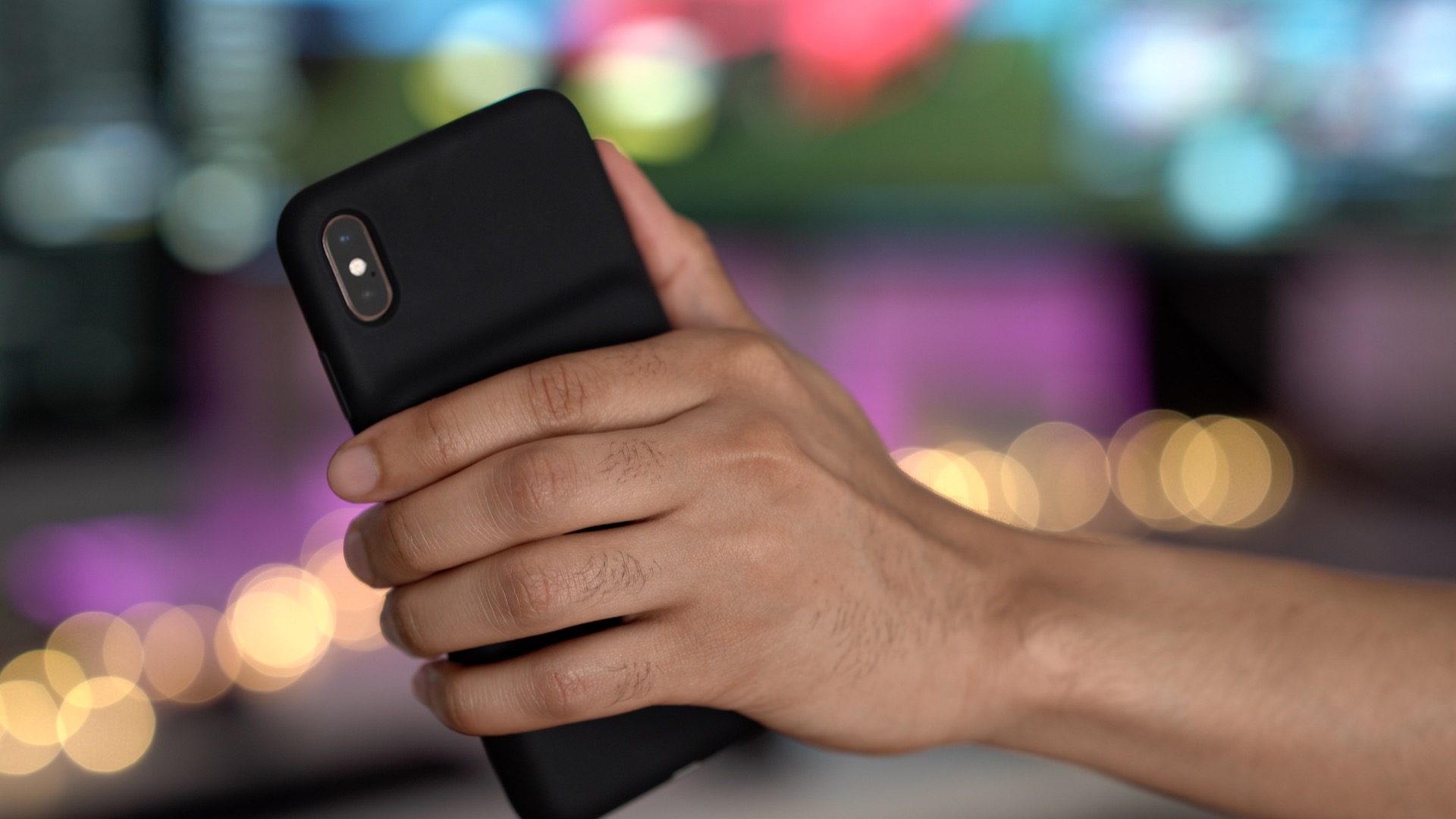 Does the Smart Battery Case work with iPhone X?

The final downside isn’t really a downside of the existing Smart Battery Case, but more of a complaint. For whatever reason, Apple declined to produce a Smart Battery Case for the iPhone X, and although last year’s flagship fits inside the iPhone XS case, it’s far from a perfect fit. I’m not sure why Apple has essentially dissed iPhone X owners, but that’s the reality of the situation.

The Smart Battery Case is a wonderful device if your daily workload demands more battery life than your iPhone is capable of providing on its own. Not only is the case more aesthetically pleasing this time around, but it retains the same smarts as previous iterations. 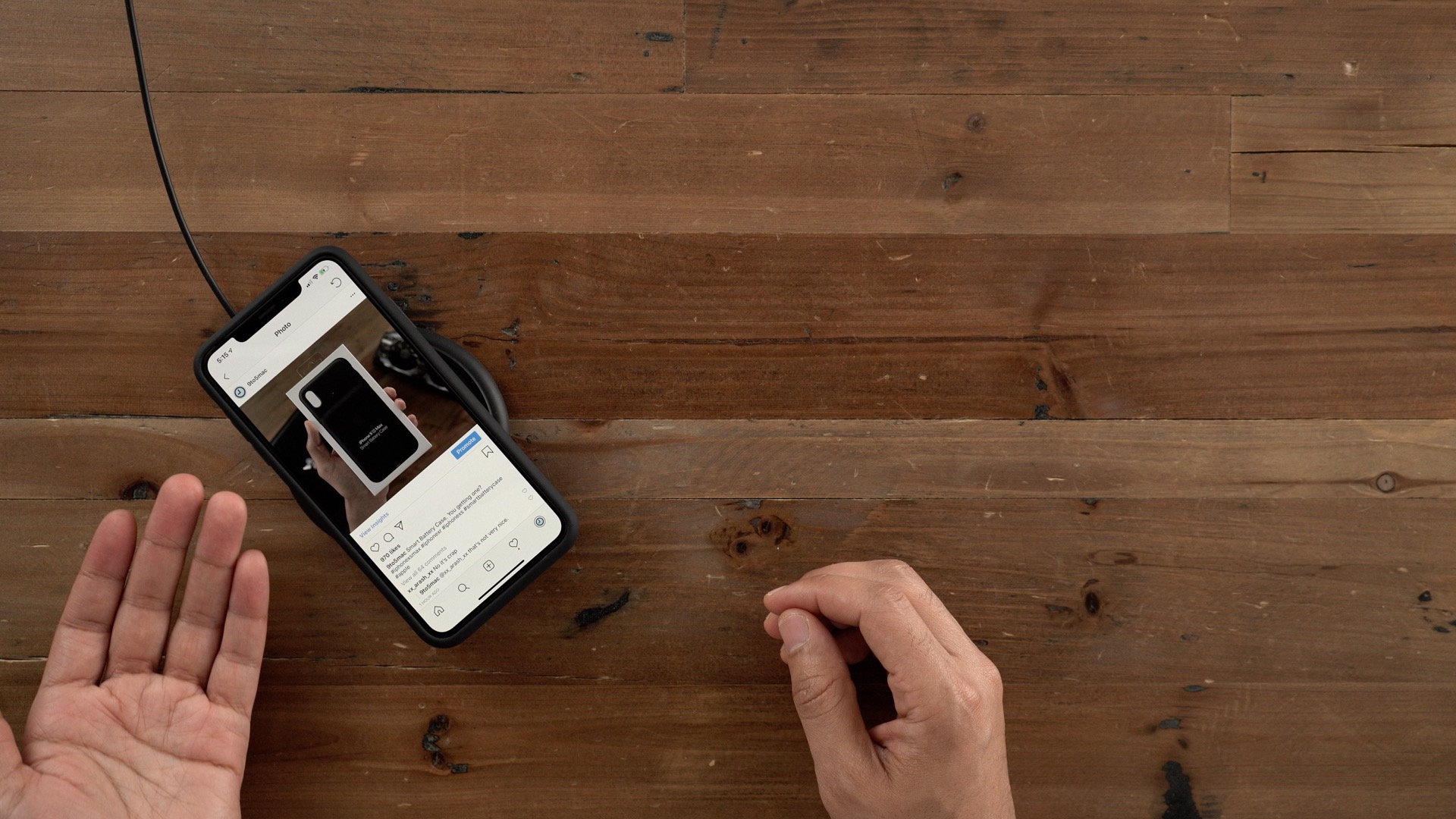 What I love about the Smart Battery Case is that it takes the thinking out of using a battery case. Simply slap your iPhone inside, and keep it charged like you normally do. The Smart Battery Case intelligently handles battery management, so there’s no switches to toggle or anything else to manage; it’s truly a set-it-and-forget it affair. 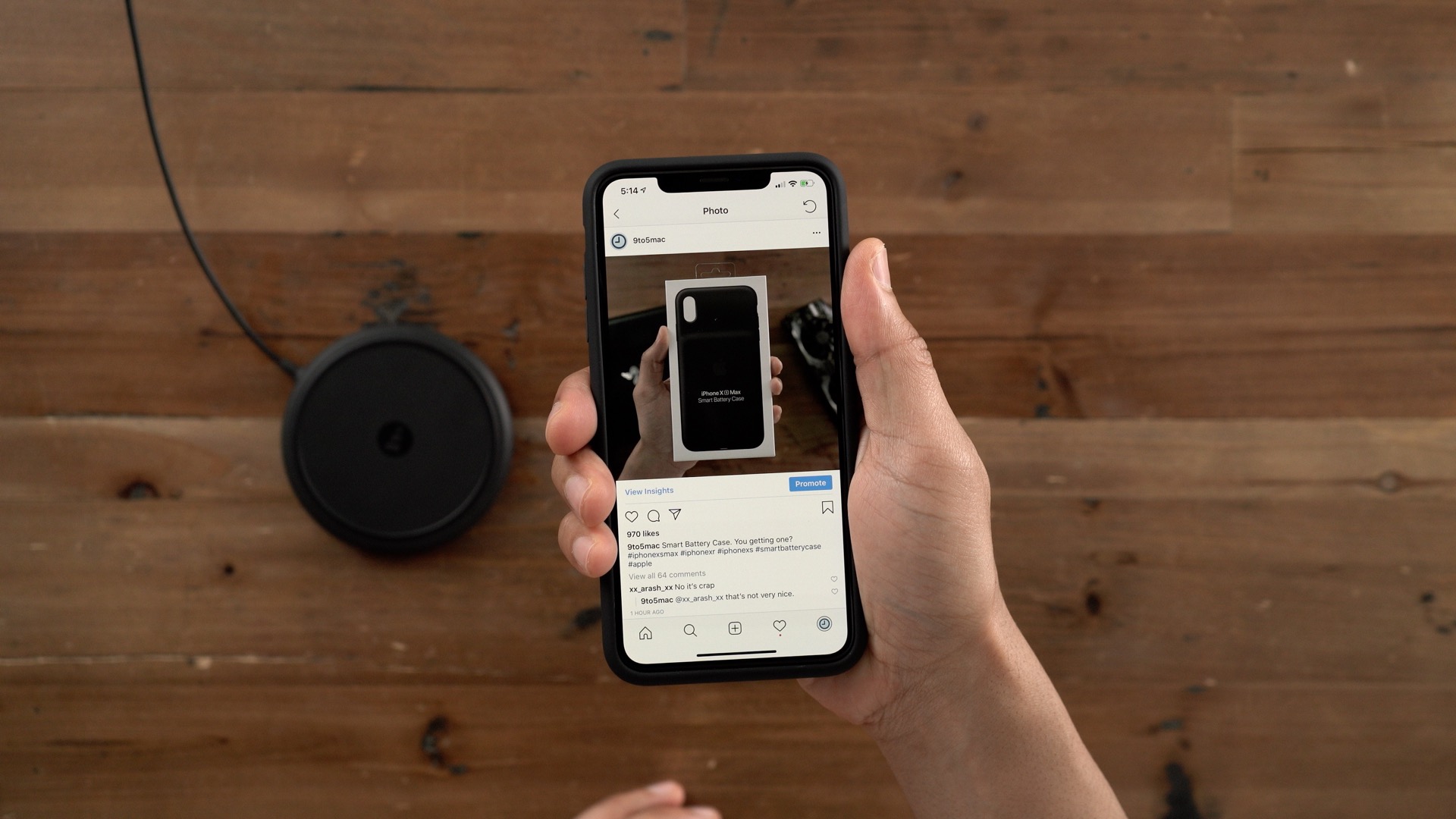 Not everyone will like the design of the Smart Battery Case. I like the design, but acknowledge that it adds a lot of extra weight and bulk to an otherwise sleek device. Since I normally use my iPhone XS Max without a case, I understand that I’m more sensitive to the added weight than the average person who uses a case day-to-day. 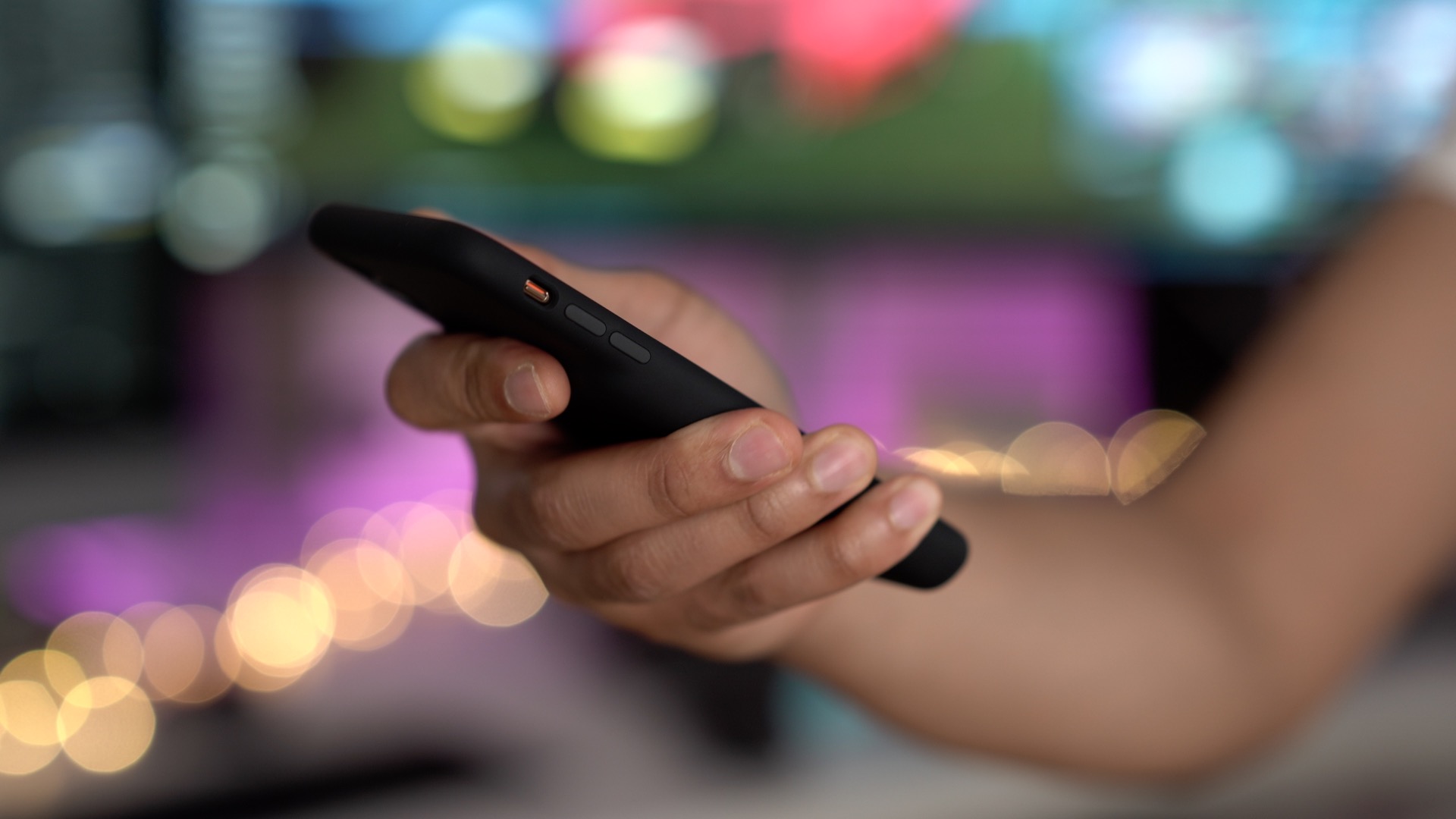 The biggest barrier to entry with the Smart Battery Case is the price. Indeed, it is smart, but smarts come at a cost. $130 for a case may seem absurd, but this is no ordinary case, and now it has Qi charging built in, which is a major convenience. 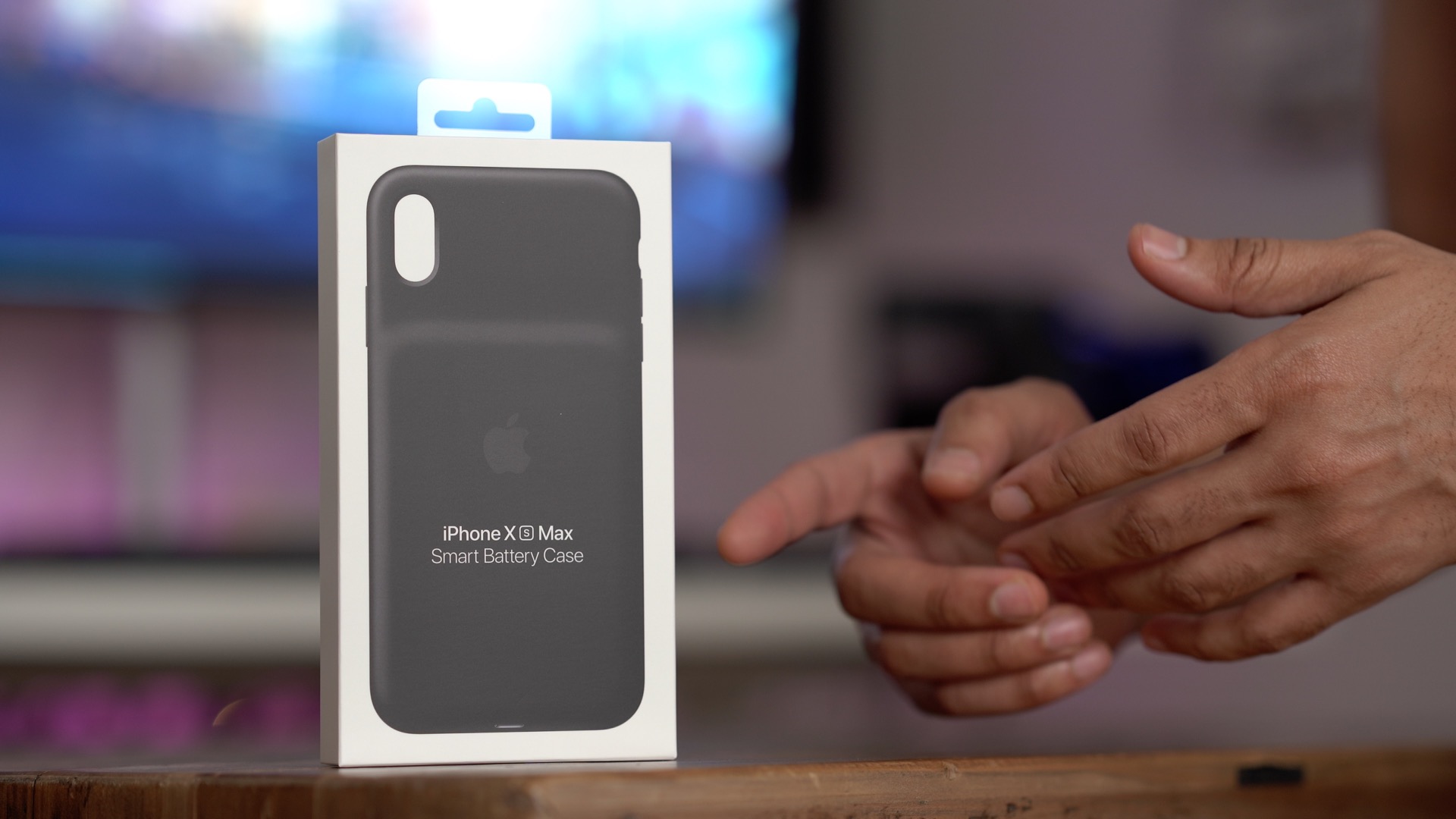 Buy this case if you struggle to get through a full day with your iPhone and have no convenient way of charging it throughout the day. For a lot of people though, I imagine an iPhone XR or an iPhone XS Max provide enough battery life on their own to make it through a working day.

What’s your opinion of the third-generation Smart Battery Case? Sound off in the comments with your thoughts.