iOS 12.2 beta allows you to customize Downtime in Screen Time by days of the week 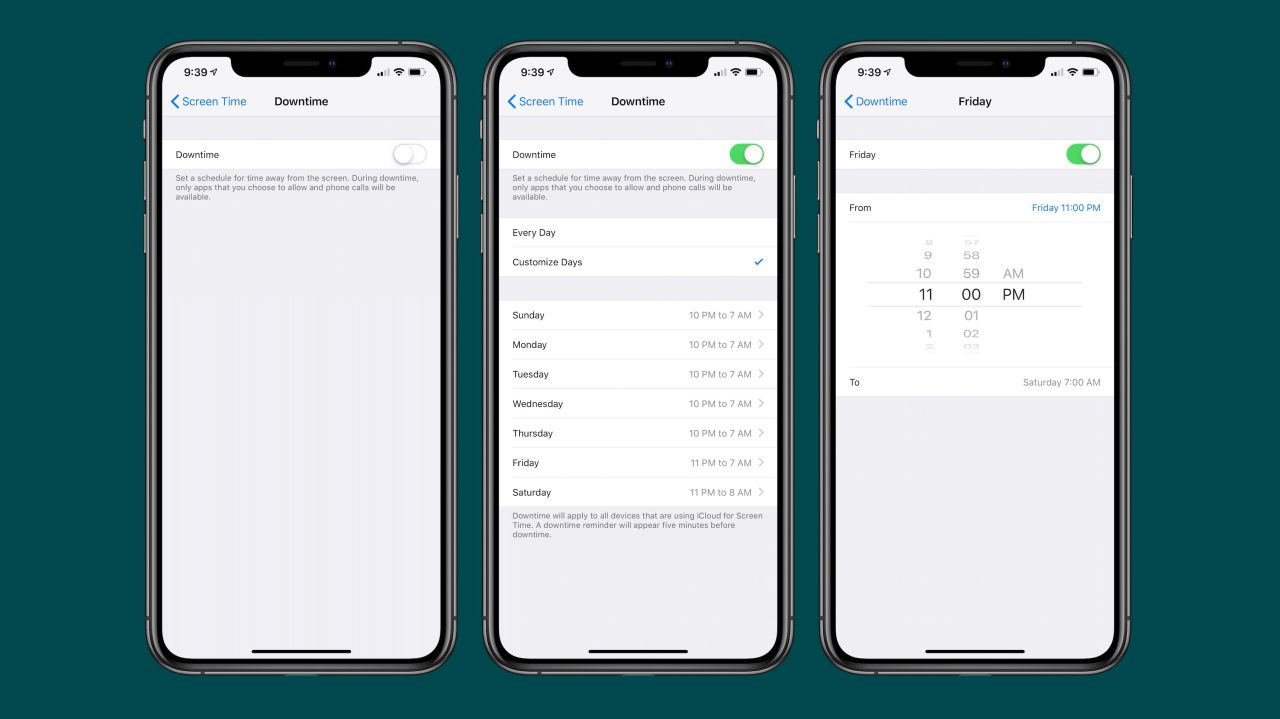 Apple released the first beta of iOS 12.2 earlier this week and we’ve already highlighted a lot of new features. One small but useful feature that hasn’t yet been widely noted is more granular control of Screen Time’s Downtime feature.

With iOS 12.2, you can now set custom Downtime for each day, allowing you to adjust your Downtime schedule depending on which day of the week it is. This is a pretty useful feature. Many people will likely want Downtime to kick-in at a later time on the weekends than during the week, and this new setting allows for that.

To use it, simply head into Settings > Screen Time > Downtime. From there, you can choose to have the same schedule every day or customize that schedule depending on which day of that week it is. In previous iOS versions, the same schedule applied to every day.

For those unfamiliar, Downtime in iOS allows you to set a schedule during which only the apps you choose and phone calls will be available. Downtime syncs across all of your iCloud devices, as well.

iOS 12.2 is only in its first developer beta, and it’s likely changes will continue as the beta period progresses. Have you noticed any major changes? What’s your favorite change? Let us know down in the comments.