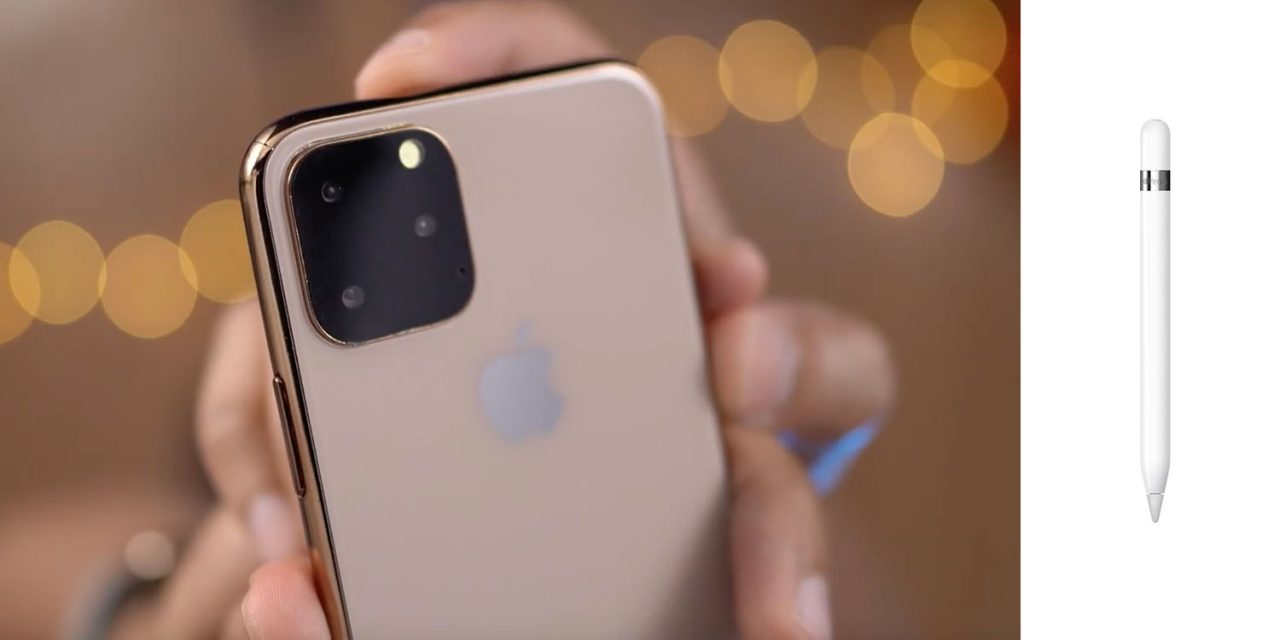 I wrote recently that while I tend to believe reports that Apple is planning to launch this year’s flagship iPhones as the iPhone 11 Pro (and Pro Max), I did so reluctantly.

Just the idea of a ‘Pro’ iPhone is a little annoying.

Don’t misunderstand me. Modern iPhones are amazing devices. There was a time when such a powerful and flexible pocket computer would have stretched the credibility of science fiction stories, yet we now take them totally for granted.

And they are sometimes used for professional purposes. There are, for example, all those ‘Shot on iPhone’ movies and ads. But let’s not kid ourselves about those. The reasons for shooting on iPhone have little to do with it being a ‘pro’ device.

However, if the latest reports are to be believed, Apple does seem to be working hard to justify the label…

The main feature of the Pro iPhones will be a new camera system on the back with a third sensor for capturing ultra-wide-angle photos and videos. The extra camera will let users zoom out and capture a larger field of view.

The sensors will capture three images simultaneously and use new artificial intelligence software to automatically correct the combined photo if, for example, a person is accidentally cut out of one of the shots. The new system will also take higher resolution pictures rivaling some traditional cameras. Photos taken in very low-light environments will improve, too.

The high-end handsets will have significantly upgraded video recording capabilities, getting them closer to professional video cameras. Apple has developed a feature that allow users to retouch, apply effects, alter colors, reframe and crop video as it is being recorded live on the device.

I’d already noted that a wide-angle lens with another apparent camera feature — automatic perspective-correction — was likely to be enough to persuade me to upgrade. Add in improved low-light performance and I think I’m unlikely to be able to resist.

Still, welcome as these enhancements would be to me, are we really in ‘pro’ territory? I’d argue not. Ultra-low-budget movies and PR stunts aside, this is still a device which will be used almost exclusively for amateur photography.

However, another long-standing iPhone rumor was resurrected yesterday: the idea that this year’s flagships will support a newly-miniaturized Apple Pencil.

That rumor dates all the way back to the iPhone 7 after an apparent slip of the tongue by Tim Cook.

This idea has been supported by Apple patents, including one which showed a smaller version being used with the phone.

The notion has resurfaced every year, one report specifically claiming that the plan was to launch the new pencil/pen in 2019. No surprise, then, that it has been rumored for the iPhone 11.

The idea was given new impetus yesterday with images of an iPhone 11 case with a slot for a smaller version of the Apple Pencil.

Macworld suggests that perhaps this would justify the name.

If Apple is actually going to differentiate its flagship iPhone with the “Pro” moniker this year, it’s going to need something other than a bigger screen to justify it. Apple Pencil support would fill that need well.

I have little use for an Apple Pencil personally, small or large, but there’s no doubt that a lot of people would welcome one, so I do absolutely believe it’s in the pipeline.

Enough to justify a Pro label? Not for me, but I do take Macworld’s point that this is perhaps the most convincing argument for it. It would turn the iPhone into something that could be used by at least one group of professionals for the first time. Add in more convenient PDF annotation and you could at least make the case for that Pro monicker.

If Apple does plan to use the name, I hope it will at least adopt my suggested naming convention. To avoid the horrendous mouthful of iPhone 11 Pro Max: just use the sizing instead, as the company does for iPads and Macs. ‘6.5-inch iPhone 11 Pro’ may still not exactly roll off the tongue, but most of you think it’s a better approach.

We’re expecting to have all our questions answered at the iPhone 11 launch on (probably) September 10.