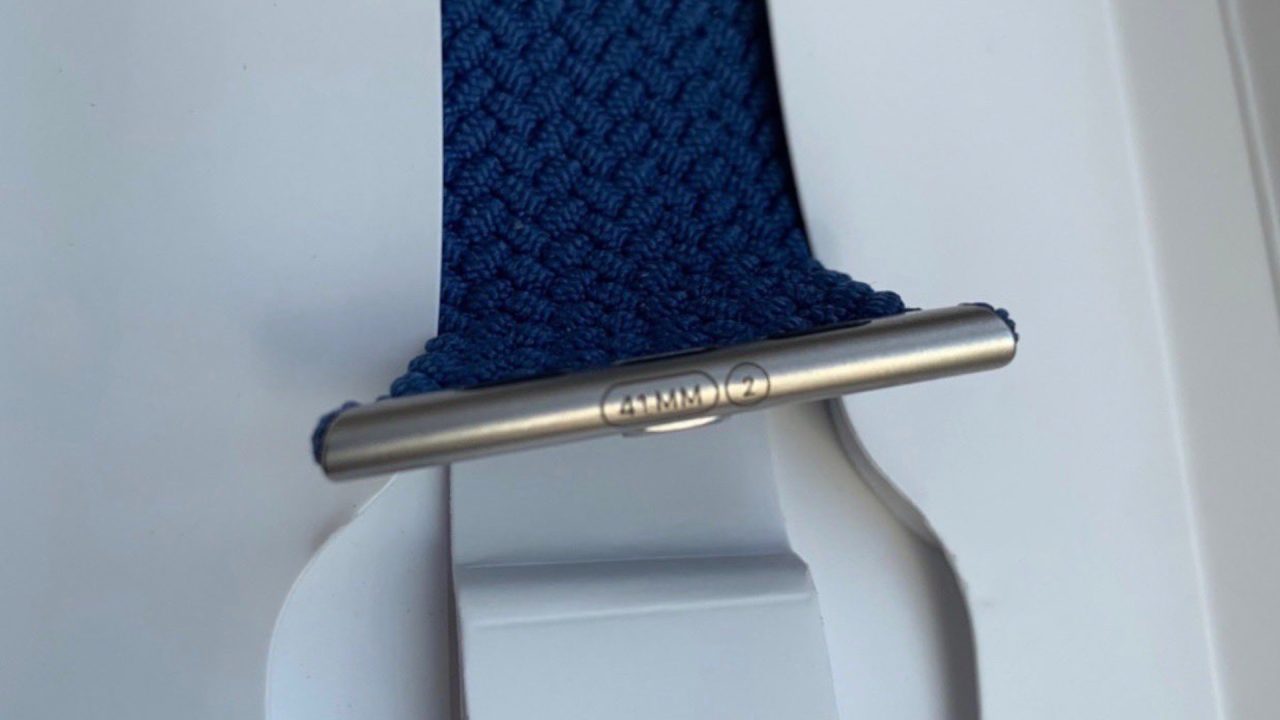 It appears that Apple started mass production of the Apple Watch Series 7 and new bands as leakers have been posting on social media that the new Watch will come in new 41mm and 45mm sizes.

Earlier this week, an anonymous user identified as UnclePan shared some details on Weibo about the upcoming Apple Watch Series 7, which, according to him, will be released in 41mm and 45mm.

Then, last night, leaker Duan Rui posted the same information with a sketchy photo showing a piece of an Apple Watch band with the “45mm” label on it. Now, the leaker known as Majin Bu posted on his Twitter account what could be the first 41mm Apple Watch Series 7 band:

According to my source, Apple has started mass production of the new Apple Watch Series 7 bands. The size mentioned are 41 and 45mm which should be identical in size to the previous models.

As in the image above, this braided Solo Loops is for the 41mm Apple Watch Series 7, and it’s size 2. Last year, when Apple introduced the Solo Loop bands, they came in several new sizes from 1 to 10 for the smaller and larger versions of the Watch.

At that time, the Solo Loop bands were met with controversy as people couldn’t go to an Apple Store to try them, and even with Apple’s support page on how to discover the right size, some people still had trouble with the bands.

If these images turn out to be right, Apple Watch Series 7 will have the second change of Apple Watch’s display size since 2018, when Apple introduced a 30% bigger screen with the Series 4.

A few months ago, YouTuber Jon Prosser said the new Apple Watch will have a flat design, bringing its first redesign since 2018 as well. If that’s the case, this could be a reason why the screen size could be a little bit bigger this year.

Last week in his “Power On” newsletter, Bloomberg’s Mark Gurman wrote that the Apple Watch Series 7 will have a “bit of a redesign” with flatter displays and updated screen technology alongside a faster processor. He also wrote in July that the next Watch will feature a thinner display bezel,which matches with the current rumor.

If these are the new sizes, we just hope Apple will keep retro compatibility, as it did with 38mm to 40mm and 42mm to 44mm band sizes with the Apple Watch Series 4.