The iPhone 14 is coming tomorrow; here’s every new feature 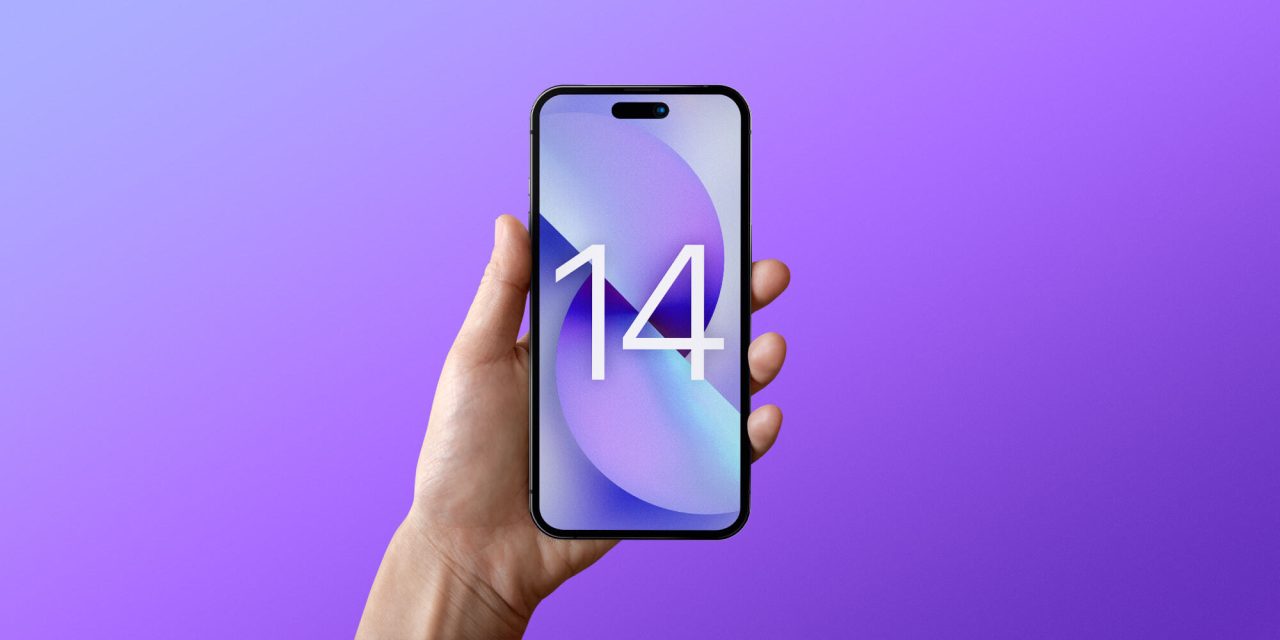 The iPhone 14 is coming in just a few days. We’ve been rounding up the latest rumors and expectations over the last year, and it’s almost time for an official announcement. The iPhone 14 lineup will include four models across two screen sizes, design changes, camera upgrades, and more. Here’s everything we know.

Given that the iPhone introduced in 2021 was indeed branded as the iPhone 13, we expect the 2022 iPhone to be the iPhone 14. Whether or not Apple ever returns to the “S” branding remains to be seen, but rumors indicate the 2022 iPhone will be a big enough upgrade to warrant a new number altogether.

We’re expecting the iPhone 14, iPhone 14 Pro, and iPhone 14 Pro Max to be three of the names. What’s unclear, however, is the name of Apple’s new 6.7-inch non-Pro iPhone. While this device has been commonly referred to as the “iPhone 14 Max,” more recent reporting suggests it could actually be called the iPhone 14 Plus

Apple marketing names stay under wraps until the last minute. This means we’ll have to wait until the event itself to learn more about what this year’s release will be officially called.

Reliable Apple analyst Ming-Chi Kuo reports that Apple will drop the notch in 2022, starting with the high-end iPhone 14 Pro. Instead of the notch, the iPhone 14 will use a new “pill hole” design. Rather than a simple hole-punch cutout used by many Android phones, Apple will use a combination of the hole punch cutout and a pill-shaped cutout.

This will allow Apple to squeeze the front-facing camera and Face ID hardware in, while also increasing the amount of available screen real estate. In March, 9to5Mac exclusively reported that the iPhone 14 Pro and iPhone 14 Pro Max will have slightly larger screens. This was also corroborated by analyst Ross Young.

In a report, Young explained:

The pill-hole design might not be as ambitious as some had hoped, but it’s the next step in the process of making the iPhone truly all-screen, without any cutouts at all.

In this space between to the two cutouts, sources tell 9to5Mac that Apple plans to put privacy indicators for the camera and microphone. This means you would see an orange dot in this space when an app is using your microphone and a green light when an app is using your device’s camera. Apple’s goal is to make the experience similar to the green indicator light that the Mac currently uses.

The iPhone 14 Pro’s support for even lower refresh rates will help preserve battery life while simultaneously offering the always-on functionality. For context, the Apple Watch’s always-on display can scale to a 1Hz refresh rate as well.

There is a ton of evidence within iOS 16 to indicate that Apple is readying always-on display technology for the iPhone 14. 9to5Mac has found direct evidence of the feature in iOS 16, while Apple is also preparing its collection of default wallpapers to support the new technology.

Face ID is here to stay

Other upgrades include a six-part lens, versus the existing five-part lens. The iPhone 14’s front camera is also expected to have a larger f/1.9 aperture, which would let in more light. More details here are unclear, but the front-facing iPhone camera has a way to go to catch up to the rear camera.

In terms of the rear camera, Kuo says the iPhone 14 Pro and iPhone 14 Pro Max will be upgraded to 48-megapixels, an increase from the 12-megapixel sensor in iPhone 12.

Kuo believes the video camera system will also be upgraded for the iPhone 14, supporting 8K recording for the first time.

An even bigger camera bump?

Kuo offered reasoning for this, saying that the wide camera upgrade is to blame:

iPhone 14 will be the last iPhone with Lightning

The port-less iPhone is rumored to be something Apple is still testing, but it’s several years away at this point. In fact, Apple is expected to switch to USB-C in 2023. But the iPhone 14 coming this year will still use Lightning.

While some rumors had anticipated that the iPhone 14 might use a new chip produced using 3-nanometer technology, that is no longer expected to be the case. Currently, Apple’s chip partner TSMC is expected to use an enhanced 5nm manufacturing process for the chip in the iPhone 14, likely referred to as the A16.

The iPhone 14 lineup is expected to herald a major change to differentiation strategy between the “Pro” models and the non-Pro models.

The A16 chip inside the iPhone 14 Pro and iPhone 14 Pro Max will be manufactured with the same 5-nanometer process as the A15, which is also the same as the A14. This limits the year-over-year performance improvements, but it doesn’t mean we won’t see any improvements.

A recent supply chain report indicated that initial testing of the A16 chip inside the iPhone 14 Pro and iPhone 14 Pro Max indicated a performance boost of “just a few percent” compared to the A15 chip. Since then, however, Apple has reportedly worked to improve the thermal management of the A16 chip to further increase performance. This ultimately means the actual real-world change could be more notable for the A16 than initially expected.

What will your color choices be this year? According to what we know right now, there are some notable changes in store compared to the iPhone 13 lineup.

First off, reports say that the iPhone 14 and iPhone 14 Max will be available in the following colors: green, purple, blue, black, white, and red. For context, the iPhone 13 is available in red, starlight, midnight, blue, and pink. This means Apple is planning to drop the pink color this year. This leak likely doesn’t accurately refer to the names of the colors. For instance, “black” is likely to midnight and “white” is likely referring to starlight.

The same report indicates that the iPhone 14 Pro and iPhone 14 Pro Max will be available in green, purple, graphite, silver, and gold.

This feature is once again being rumored as a possibility for the iPhone 14 lineup. In fact, Ming-Chi Kuo says the hardware development for this feature has already been completed. The question is whether Apple has inked the necessary financial deals to launch it this year.

As reported by Bloomberg, satellite connectivity for the iPhone will allow users to communicate even when they are out of range of traditional cellular networks. The idea is that this feature will be limited to emergency situations and communication. For instance, you’d be able to communicate with emergency responders via the Messages app as well as to report major emergencies such as plane crashes, sinking ships, and other disasters.

Again, it’s unclear if this feature is ready for the iPhone 14. The hardware, however, is there. 9to5Mac has also found evidence in iOS 16 that Apple is continuing to work on the feature. In fact, the artwork for the event might very well hint at the new satellite features.

There are a handful of other iPhone 14 features and changes that have been rumored. Some of these are sketchier than others, but they are all worth noting as we head into the big day.

Apple has announced its iPhone 14 event, and it will be held on September 7 at 10:00 a.m. PT/1:00 p.m. ET. As such, we expect the iPhone 14 to go up for sale on September 9, with the first orders arriving on September 16. There are no indications that the iPhone 14 will face any delays, but the iPhone 14 Plus/Max could be more supply constrained than the rest of the lineup at the start.

What do you think of the iPhone 14 rumors? Are you planning to upgrade? Let us know down in the comments!