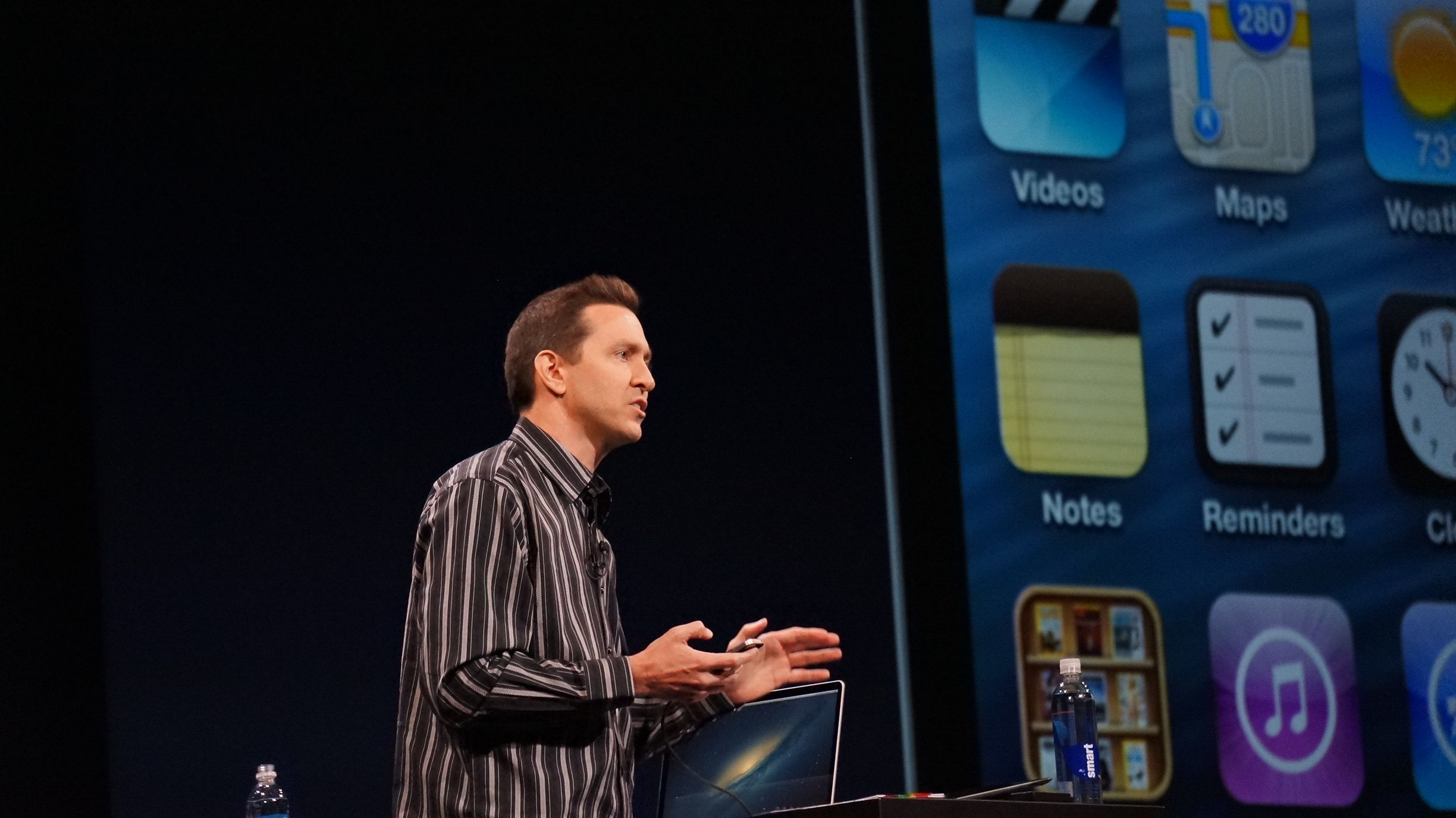 Scott Forstall, former Senior Vice President of iOS and one of the main creators of the iPhone and iPad, has finally spoken about Apple for the first time since leaving the company in the fall of 2012. In an interview with the Wall Street Journal primarily centered around his work on Broadway, Forstall briefly commented on Apple:

Asked about the split, Mr. Forstall said he was “so proud of the thousands of people I worked with [at Apple] and with whom I remain friends. I am delighted that they continue to turn out great and beloved products.”

Forstall’s admiration for Apple remains following a very public breakup between the executive and the company following problems with iOS 6 Maps application and the iPhone 5 launch. Since Forstall’s departure, Apple has publicly poked fun at skeuomorphic design, which was a cornerstone of Forstall’s iOS and OS X releases.

END_OF_DOCUMENT_TOKEN_TO_BE_REPLACED Forstall has been out of the public spotlight since his removal by CEO Tim Cook in October of last year. END_OF_DOCUMENT_TOKEN_TO_BE_REPLACED We’ve received multiple tips indicating that Apple’s Cards app and service for iOS has stopped functioning. Cards was launched alongside the iPhone 4s in fall 2011 and served as an easy way for users to create custom-made letterpress cards and have them shipped to another person.

Apple has confirmed that Cards has been discontinued as of today:

Cards ordered before 1 PM Pacific time on September 10, 2013, will be delivered, and push notifications will continue to work. You can view your previous purchases by tapping Saved Cards in the app.

As a replacement, Apple recommends creating letterpress cards on iPhoto for Mac. Thanks, Zac Coffman!

END_OF_DOCUMENT_TOKEN_TO_BE_REPLACED END_OF_DOCUMENT_TOKEN_TO_BE_REPLACED

Observations on Forstall and Browett departures from Apple (Updated)

We knew that Browett was fired last week, but Apple was waiting for a good time to announce the move. We’re not sure exactly what was the nail in Forstall’s coffin but Inside Apple/Fortune’s Adam Lashinky’s take is that Forstall’s refusalto sign the Maps apology is what sealed his fate. Forstall was at last week’s iPad mini event but uncharacteristically didn’t present anything.

Interestingly, Cook also did the apologizing for Browett’s hair-brained schemes to cut head counts at Apple Stores ahead of the holiday shopping season to save a few bucks.

Lesson to learn: Be big enough to apologize publicly. Look at Bob Mansfield. Out of Retirement Mansfield publicly apologized for the Retina MacBook Pro EPEAT fiasco; fast forward months and all of a sudden he’s got his own division and a lucrative two year contract. Apple execs should be falling over themselves to apologize for their mistakes going forward.

Browett’s situation was simple: everyone hated him, especially his retail employees. Apple watchers, especially those familiar with Dixons in the UK (Americans: think Best Buy), were shocked at the decision to allow him to follow Ron Johnson as Apple’s Retail head.  Cook initially defended Browett but the #Firebrowett movement was too strong. So far Tim Cook is 0 for 2 in big outside hires (Mark Papermaster was hired during one of Jobs’ absences) . That might be something to be concerned about.

Forstall’s departure is an entirely different situation. Although more information may come to light, in the hours after the announcement it seems a power struggle happened, and the Ive camp won out over Forstall’s.  The two execs and Steve Jobs subordinates have faced off for years and reportedly wouldn’t be in the same meetings unless called specifically by Tim Cook. It certainly didn’t help that Mansfield didn’t like Forstall either. I think we’ll hear more of the details in the weeks and months ahead.