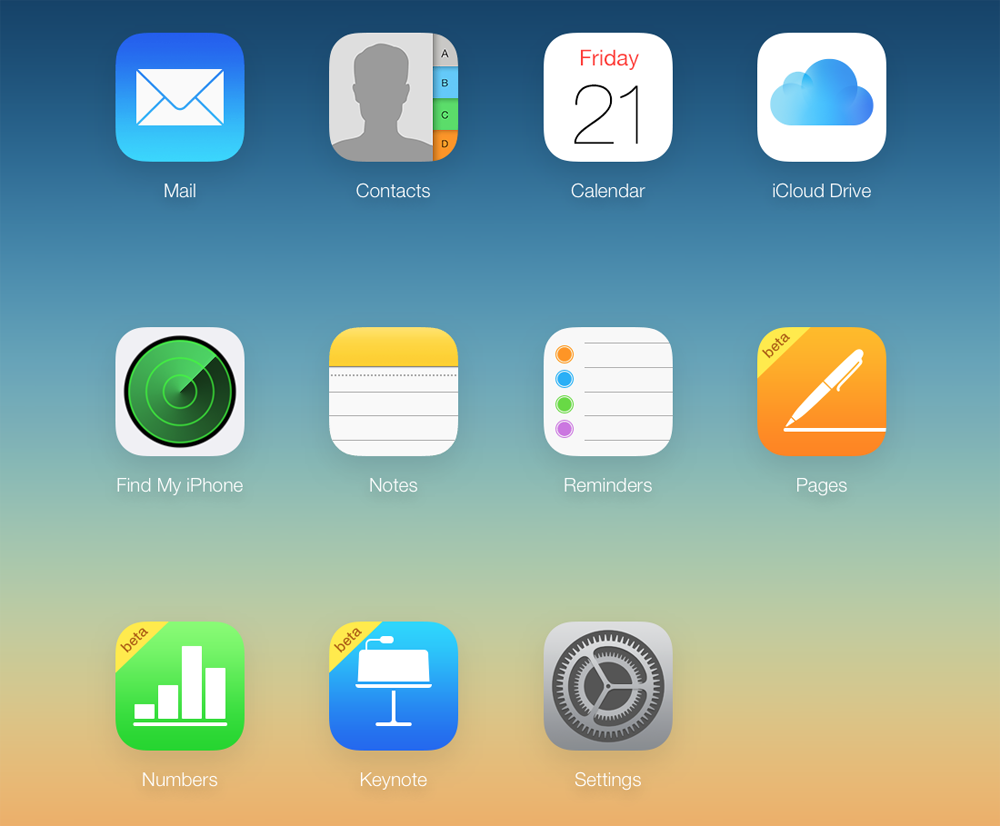 Apple has updated its iWork for iCloud web-based productivity suite with eight new languages, the ability to rename documents in the editor and a few minor additional enhancements.

Pages gets all eight new languages: Arabic, Brazilian Portuguese, French, German, Hebrew, Japanese, Simplified Chinese, and Spanish – including bidirectional support for Arabic and Hebrew. Numbers and Keynote get all but Arabic and Hebrew …  END_OF_DOCUMENT_TOKEN_TO_BE_REPLACED

Opinion: With all of the new Apple data centers, is it time for iCloud to get serious about storage?

The Apple ecosystem is a large part of why I stick to an all-Apple line-up for my laptops, tablet and phone. iCloud is key to that, of course, providing seamless backup and syncing between devices.

Whether it’s my calendar, contacts, reminders, notes, ebooks or Safari bookmarks, all are available on all devices within a minute or two of me updating any of them. Documents I create in Pages, Numbers or Keynote are again available from any of my devices providing I choose to store them on iCloud. As I pay the extra for iTunes Match, I’m also able to stream any of my music from any device.

In some respects, Apple clearly takes the cloud seriously. It has invested massively in expanding its network of data centers, including a $1B investment in Reno, expansion in Maiden and new data centers as far afield as Hong Kong and the Netherlands. Yet, central as it is to the ecosystem, iCloud still feels a bit like it deserves the tag Steve Jobs famously applied to Apple TV: a hobby …

END_OF_DOCUMENT_TOKEN_TO_BE_REPLACED

Pages isn’t the only app, users are also hitting Apple’s forums to list features that have been removed from the redesigned versions of Keynote, Numbers, and iMovie: END_OF_DOCUMENT_TOKEN_TO_BE_REPLACED Back in June, we posted a video review of iWork for iCloud: END_OF_DOCUMENT_TOKEN_TO_BE_REPLACED END_OF_DOCUMENT_TOKEN_TO_BE_REPLACED

Confirming our earlier suspicions, Apple today showed off some new features for its iWork suite of apps, which includes both Mac and iOS versions of the Pages, Numbers, and Keynote apps. While Apple confirmed that new versions of the apps for Mac and iOS would be coming later in the year, it spent its presentation today showing off brand new web versions of the apps designed to run right in the browser through iCloud.com. The new web apps, available initially only to developers starting today, will be dubbed ‘iWork for iCloud’ and bring web apps to iCloud that will compete directly with Google Docs and Google’s other suite of web apps.

Apple execs spent much of the time on stage showing off the new Pages for iCloud app, demoing how users can drag and drop Microsoft Word files and other documents directly into the iCloud.com UI in their browser to begin editing a document. Apple also briefly demoed presentations and spreadsheets running in web versions of the Numbers and Keynote apps.

During the demo of the new iWork for iCloud apps, Apple also made a point of noting that the new apps run in any browser by showing off the apps running on Windows 8.

The new apps are available as developer beta starting today. A public beta of the new iWork for iCloud apps will be arriving later this year. Apple didn’t mention any details regarding pricing, or whether or not the web apps will be a separate purchase from the apps currently available on Mac and iOS.