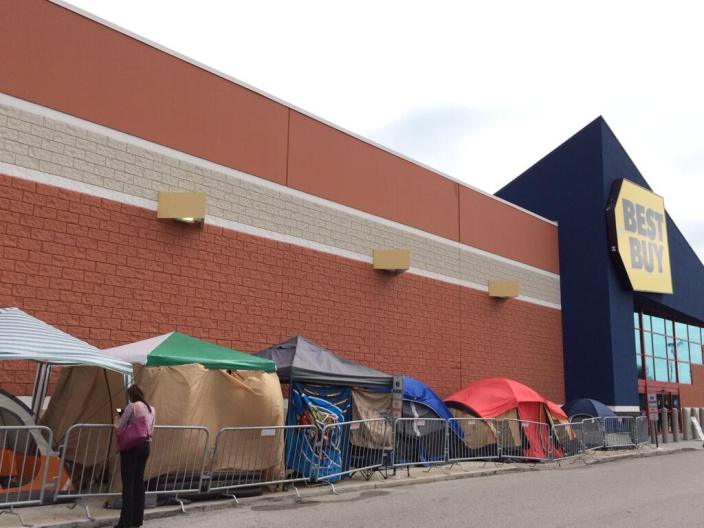 Black Friday can be absolutely overwhelming. Every retailer is vying for your attention and money. That’s why we’ve vetted each and every major Black Friday ad to find only the very best deals.

Remember, this master list was curated from pre-announced deals. We fully expect many retailers to hit us with surprise deals throughout the next week. That’s why it’s important you follow 9to5Toys on Twitter/Facebook, and sign-up for our email newsletter. The 9to5Toys team is going to be working around the clock to bring you the Black Friday deals you can’t afford to miss.

MacMall’s Black Friday sale features savings of up to 86% on the largest selection of Macs, iPads, more

MacMall is a shopping mecca for Apple fans looking to save some money. With the biggest shopping day of the year coming up, there’s no doubt many of you have been waiting to get a peek at MacMall’s Black Friday plans. Well, we’ve finally got our hands on them and we can’t wait to share them with you.

MacMall offers deals on by far the largest selection of Apple products we’ve seen from any retailer this holiday season. Stores like Best Buy only stock standard configuration Macs, but MacMall carries high-end and custom configuration models. Also, keep in mind that MacMall only charges tax at the time of purchase for buyers in nine states (CA, CO, GA, IL, MN, NC, NY, TN, and WI).

That being said, here are all of the deals that MacMall is planning to kick off tomorrow, Wednesday 26th at 12:01 PM PST: Shortly after going live on the Apple Store site, the Mac Pro is starting to appear on third-party reseller sites. While you’re unlikely to get your hands on one any sooner than buying via Apple (which currently lists Dec 30th as shipping dates), it can’t hurt to make a few calls.

You may also be able to save yourself the sales tax. B&H, which has the machines on pre-order, only charges sales tax in NY, and MacMall charges sales tax in just five states (and that’s in addition to the whopping $5 discount off the base price!) …  END_OF_DOCUMENT_TOKEN_TO_BE_REPLACED 9to5Toys has some pretty impressive daily deals today including:

There are also some impressive Mac Software Bundles running this week including:

Bookmark 9to5Toys.com (RSS, Facebook, Twitter or Email), Specials, and the new Daily Deals section for up to the second gear and deals.

An electric Corvette…SUV? GM is thinking about it