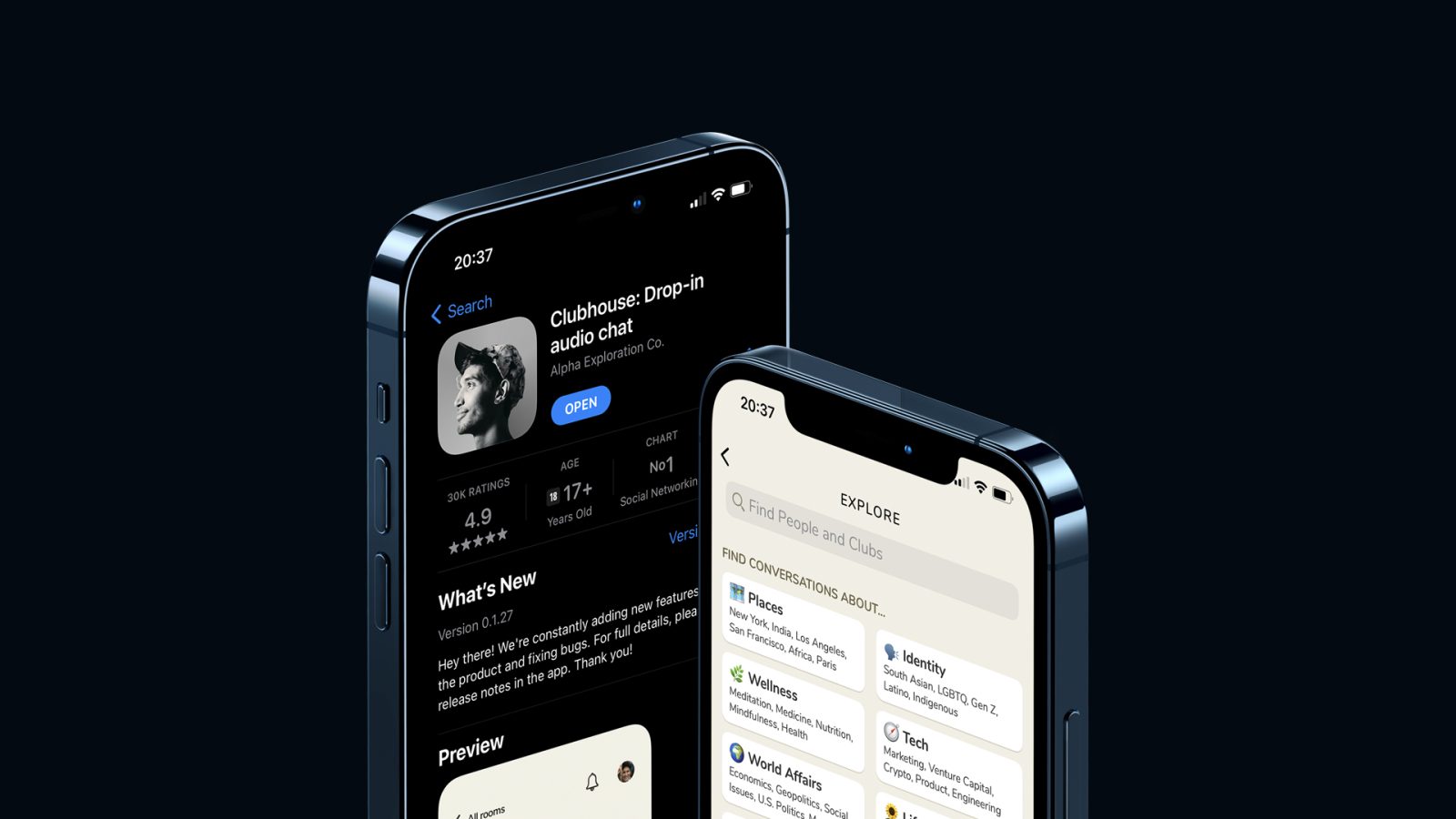 Clubhouse is getting a lot of attention recently as the new audio chat social network is getting more users every day. In response to this, Facebook is rumored to be working on a competitor to Clubhouse, while Twitter Spaces is expanding its beta program in an attempt to slow Clubhouse’s growth.

END_OF_DOCUMENT_TOKEN_TO_BE_REPLACED

If you’ve grabbed a Flipboard article that you want to share with other Flipboarding friends, the latest version of the iOS app allows you to do it right from within the app.

Do you ever find something on Flipboard that you want to pass along? Now it’s easy to share the stories you enjoy with other people within in the app—give the gift of awesome reading this season.

– Share stories directly to your friends on Flipboard. Select the mail icon in the share menu and enter their name or email address. Your friends will be notified in Flipboard to see what you have shared with them. – Receive notifications when other people on Flipboard share stories with you. – Bug fixes and performance improvements.

Flipboard is a free download on iTunes. The app was last updated in November with a more iOS 7 style look and performance improvements.

Snapchat, the popular photo messaging app that is used to share over 350M photos every day, has added a substantial feature in the latest version of their app: Snapchat Stories.

The Verge has a great piece on the new feature:

“Stories: a rolling compilation of snaps from the last 24 hours that your friends can see. You create your Story as you go about your day by tapping “My Story” above the friends you want to send a snap to. Or, you can tap a new shortcut button in the app’s camera screen to instantly post a snap to your Story. But unlike conventional snaps, Stories don’t disappear in a puff of ephemeral smoke after you’ve watched them. You can watch a friend’s (or your own) Story over and over.”

Each Story is the sum of all the snaps you’ve added over the last 24 hours, which means its size is always fluctuating. What doesn’t change is that every piece of the Story is less than a day old, so viewing one might be the fastest way to see what a friend’s been up to. Snapchat may not look much like Facebook, but with Stories, the company is taking its first steps toward competing with Facebook’s most important product: News Feed.

Rather than falling for pressure from users to add a “send all” button or allow for groups, the company appears to be pushing for the new Stories feature as a way to share moments with all of your friends.

Snapchat is free in the App Store.

Path, the “personal social network”, has just released version 3.1 of their application. The company details out all of the new features on their company blog:

You told us you wanted more stickers in more places. So Path 3.1 is for you. Now, any sticker, whether you buy a new pack or use an old one, can be used to quickly respond to your friends’ moments, to add color and depth to your commentary. Now, stickers can be part of the full story. We are excited to bring you stickers in comments, a new way to express yourself.

We also used this release as an opportunity to update Path for iPad. Improved navigation in both landscape and profile views means you’ll never miss a moment or message. Landscape view now has a fully functioning composer button and feed, so you can share and view moments however you prefer. Plus, any conversations you’re having with friends are simply one tap away.

But we’re not done. Now it’s even easier to send a friend request to that friend you’re standing next to. We generate a QR code for you, your friend scans it, and voila, it’s official! And a refined friends list makes it faster to find and message your friends and family so you can quickly be in touch.

The application has been updated for both iOS and Android. Just a couple of months ago, users being complaining Path was sending spam messages to their friends, even though then company said it was a feature. Nevertheless, the app receives mostly 5-star ratings in the App Store.

S. Korean court rules that Samsung and Apple infringed on each other’s patents

A Seoul court ruled Friday that Apple infringed on two of Samsung’s technology patents and “must stop selling the infringing products in South Korea.” In addition, the judge said Samsung infringed on Apple’s “bounceback” design patent but not its icon design patent. These only apply to older model Apple products (perhaps pre-Qualcomm, now Apple is indemnified?), from the sound of it, and the damages are in the tens of thousands of dollars, which is meaningless.

Bloomberg, WSJ and Reuters have more. Tweets below:

Although Apple’s iCloud System Status thinks all is good, clearly not all is well in Maiden. We received a load of tips over the past day or so claiming iMessages are randomly not going through, people are not able to sign in (“activation issues”), and messages are randomly deleting. Others are not having any issues (or are not aware of any). Here are just a few of our readers’ responses:

END_OF_DOCUMENT_TOKEN_TO_BE_REPLACED

‘Details matter at Apple. A Lot’

On the award that is given to employees who have been at Apple for 10 years:

Apple Store employees who opened the Retail Me app were greeted by the above message last night, which iFOAppleStore relayed.

This reminds us of the inspiring note that Apple gives to its new employees:

Update: Tapbots followed up with a separate iPad version of Tweetbot that is a different purchase (also $2.99), but it implements many of the new features and UI elements introduced in the v2.0 update for the iPhone app earlier today. It has a new two-pane iPad UI and other features specific to the larger display. For anyone holding off on Tweetbot to avoid having to use another client on iPad, the iPad version is probably worth the extra $3 with this mornings update. BI and Rene at iMore has the review:

Developer Tapbots just dropped an updated version of its popular third-party Twitter iPhone client. Tweetbot version 2.0 [iTunes $2.99] is a significant update with dozens of new features and changes, and its first impressions seem to be positive.

Perhaps the biggest enhancement in the new Tweetbot is the updated timeline view that refines the UI making links (now colored), profile images (thumbnails now appear in timeline), and usernames just a single tap away. Another nice addition is the tappable “Retweeted by” bar now appearing in the timeline. Other improvements made to the app include adjusted cell colors for better contrast, a redesigned direct message UI, and a new “New Tweets” bar that can be hidden with a tap or through Settings…

END_OF_DOCUMENT_TOKEN_TO_BE_REPLACED Facebook’s iOS app just got a monster update, including the following:

Still no iPad version, however. In fact, @Chpwn warns:

Facebook removed iPad support in their latest app update. It’s not possible for FaceForward to enable something that’s no longer in the app.

Check out the new Check-in screen (which was hinted at 1:51 in the video on this page) below: