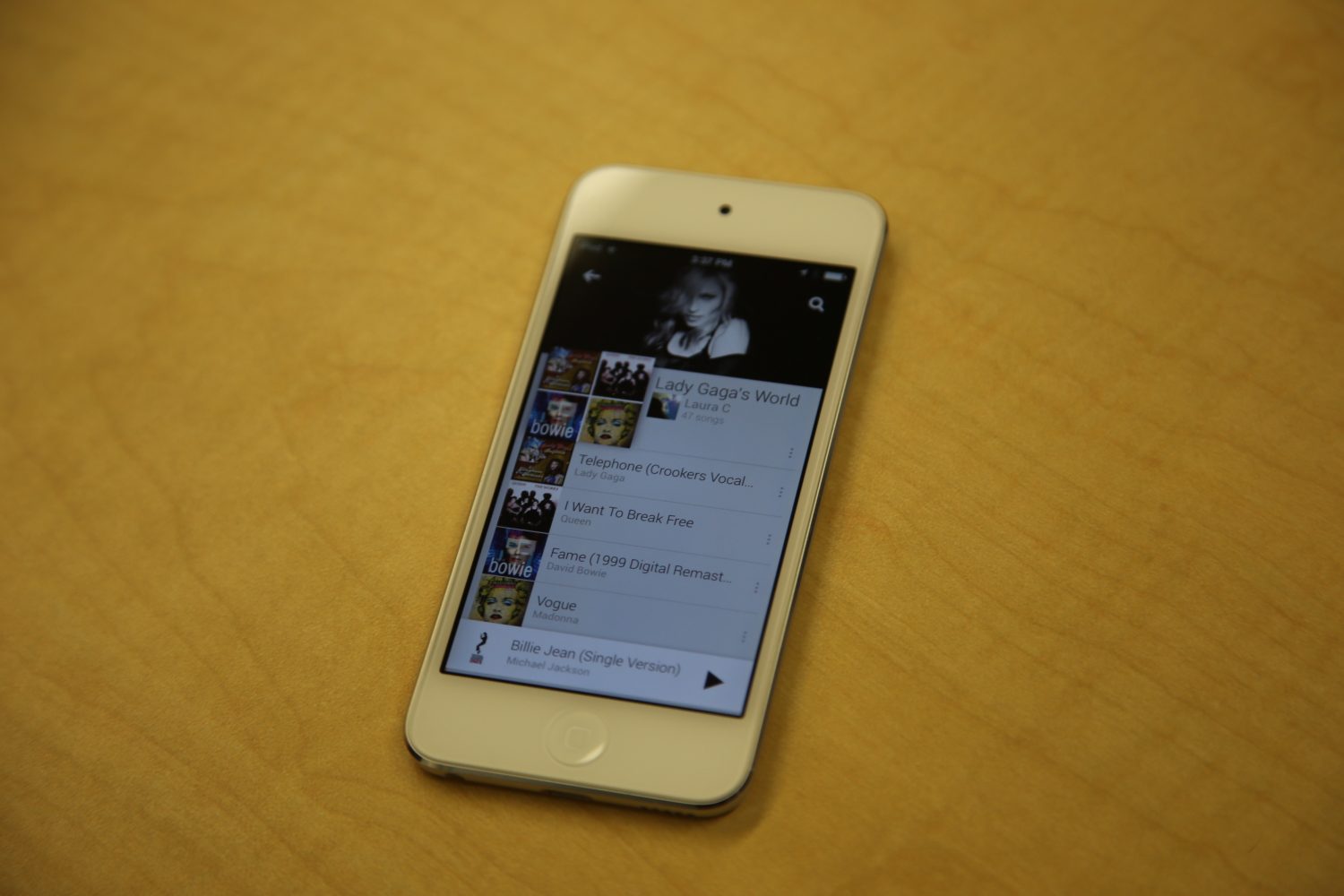 After much anticipation, Google finally released its native Google Play Music app for iOS today. The All Access and Radio service was originally announced at Google IO in May with the promise that it would be ported to iOS devices a few weeks later. Then it was rumored last month. Well, today it is really here and Google was nice enough to give us a great look at the service yesterday (video above).

Google’s music ecosystem differs greatly from Apple’s and more closely resembles Spotify or Amazon with a focus on the Cloud. On Macs and PCs you can use it through a browser with an interface that is remarkably robust for a webpage, but obviously not quite as responsive as iTunes, especially with local music.

Play millions of songs, instantly, on any device, including all the music you’ve ever bought…from anywhere.

Google’s Music is in the Cloud (mostly) so you can seamlessly move from device to device, though there is a 5 app limit (but no limit on devices with web browser access). You can upload 20,000 songs for free, create playlists and share with friends, listen to your music anywhere there is a web browser or iOS/Android device. Kind of a no-brainer…

For the $9.99/month (free for the first month trial), you not only get to enjoy your music, but you also get access to music from most of the major labels and many of the minor ones. It is very similar to Spotify’s premium service where you can also download your music locally if you want to listen on a plane, subway, or don’t want to use carrier bandwidth. Speaking of bandwidth, you can choose from 3 different quality levels when streaming if you are running out of your monthly megabytes or on a bad network.

Then, kick back and enjoy custom radio from any song, album, artist or genre — with no skip limits — and easily discover the music you’ll love next.

The $9.99 All Access also gives you access to Radio that’s very much different than Apple’s iTunes Radio (which is free w/ads). Google’s ironically doesn’t have ads and allows you to see music hours ahead in the queue and rearrange how it comes down. You can also delete music from the queue and have unlimited skips (see demo above). The real kick here is about discovery. Google’s algorithms know what people who like music like you enjoy so they throw some of that at you. They even mix in some of your uploaded or local music into Radio mixes which is a nice surprise.

#FreeFriday: 16 #free songs from #indie, #edm and rock artists, including Of Montreal and Explosions in The Sky US- http://t.co/HmdJGfzriN

As someone who lives in both Apple and Google ecosystems (and Amazon and a few others), Google Play is nice because you really don’t need to think too much about music when using it. For $9.99/month you get access to most popular tracks as they become available on the major download stores and millions and millions of old tracks.

I also like how it syncs across devices so if I go to someone’s house, I can just pull up my collection on their web browser and start listening.

As for the iOS app, it plays on Bluetooth, Chromecast and AirPlay and streams music almost instantaneously over a good connection. Appearance-wise, it is a mix between Google’s iOS UI, Apple’s iOS 7 UI and  the design language of the Android Play Music Store. It works well but isn’t going to win any design awards. Because of Apple’s siloed file system approach, you won’t be able to play iTunes music on Google’s Music app or vice versa and if you actually want to buy individual music you’ll have to open a browser because of Apple’s 30% rule.

Google told me that they were working on an iPad version of the Play Music App, the popular “I’m feeling lucky” feature, better song algorithms as well as some other surprises.

Google’s Play music is an excellent alternative/addition to Apple’s iTunes ecosystem and I highly recommend giving it a free whirl. [Free iTunes]