WWDC & beyond: What’s next for Apple hardware this year 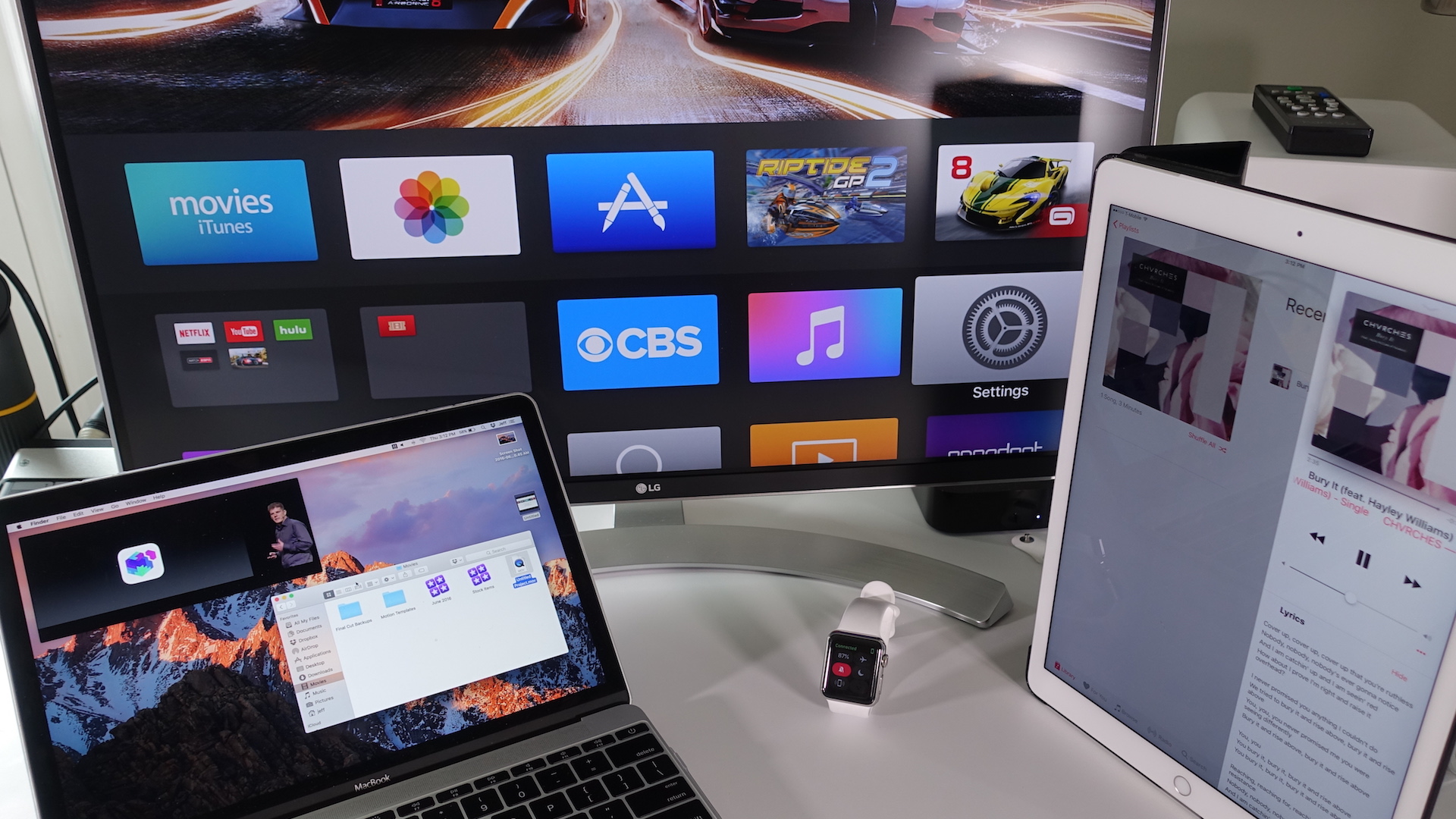 What new product announcements might Apple have in store for its upcoming Worldwide Developer Conference in June? Last week we were talking iOS 11, macOS 10.13, watchOS 4 and tvOS 11. This week we get into the hardware possibilities for the event, including the products the company currently has in the works and others due for an update.

Rumors of a new iPad Pro have been floating around for a while now, but hopes of a spring launch are looking less likely as Apple in recent weeks introduced a refreshed iPad, launched its new Clips app, and pre-announced it is working on a new Mac Pro and iMacs (more on those below), all good material for stage time if it was planning an event before WWDC.

Recent reports claimed the refreshed iPad Pro models have been delayed, but are still in the works for sometime in the near future— possibly May or June— and that would make WWDC in June a likely venue for an unveiling. It would also be a suitable event given the professional audience of the developer conference and the introduction of iOS 11 more than likely bringing new features for the device.

The devices, according to the supply chain intel, will include a second-generation 12.9-inch iPad Pro and a new iPad Pro with a 10.5 inch display. Both are said to include upgraded internals with an A10X processor and the smaller model having a sleeker design with slimmer bezels.

One report claimed the a new Apple Pencil 2 will launch alongside the new tablets, and based on Apple patent filings some new features being explored include Smart Cover integration, iPhone support, and even MacBook trackpad features. And following Apple’s pre-announcement for the in-development Mac Pro, one report claimed new iPad Pro and Mac integration is being planned to allow “hooking an iPad Pro up to a Mac to use it as a Cintiq-like device.

Also read: How iPhone and iPad could improve with iOS 11 this year 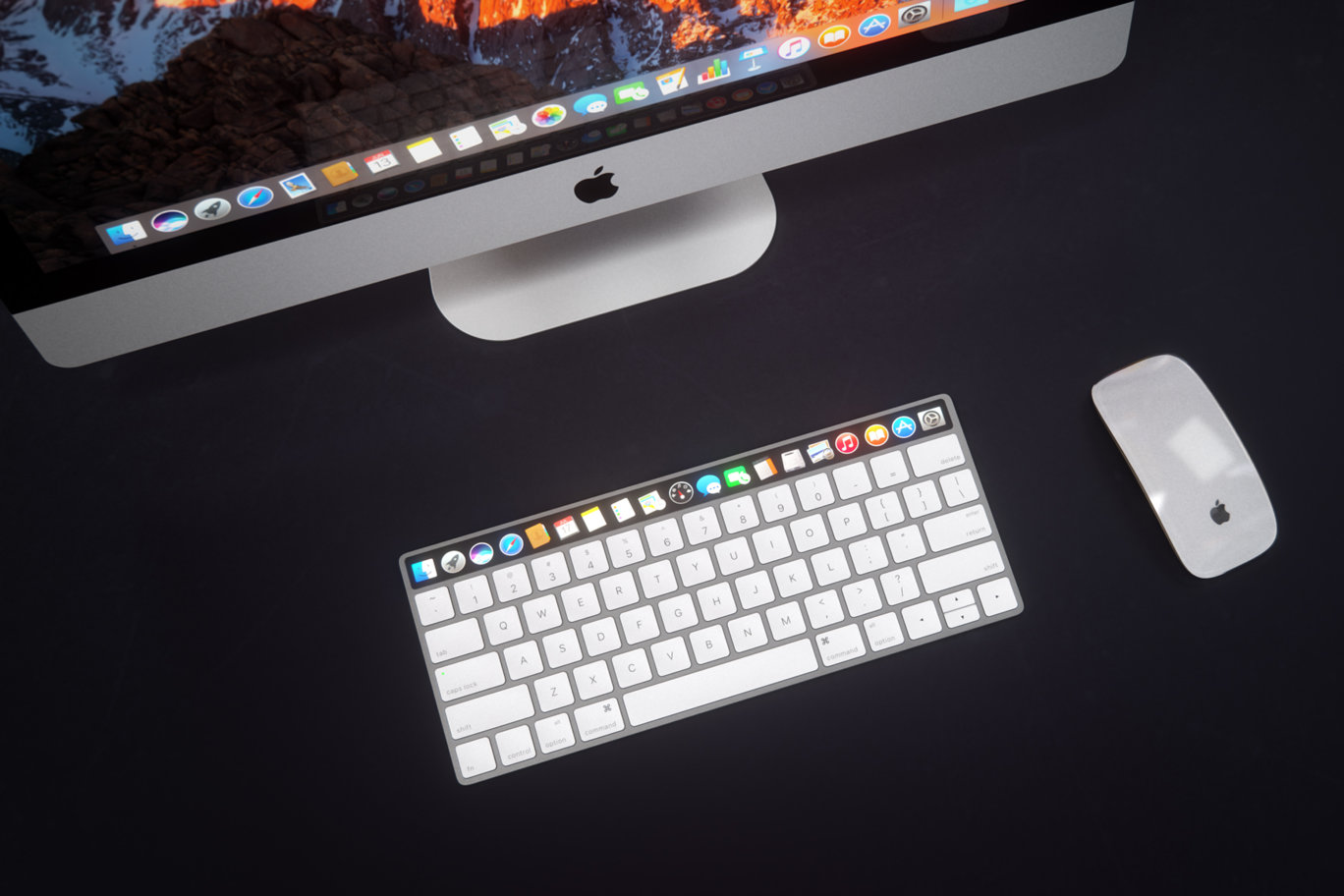 Apple has a new iMac incoming, that much the company confirmed when it announced to press during an interview this month that it’s working on an all-new Mac Pro to debut sometime after this year. The new iMac, however, is coming this year, and Apple said the machine will be suitable for a large number of pro use cases.

Unconfirmed specs for the machine surfaced not long after claiming the new iMacs will include “(up to) Intel E3-1285 v6 processor with 16 GB (upgradable to 32 or 64 GB) ECC memory. Faster NVMe SSD’s possibly up to 2 TB and AMD graphics to support VR and Pro apps. Thunderbolt 3 and USB-C gen 2.” The report also claimed the iMac would have a new keyboard… 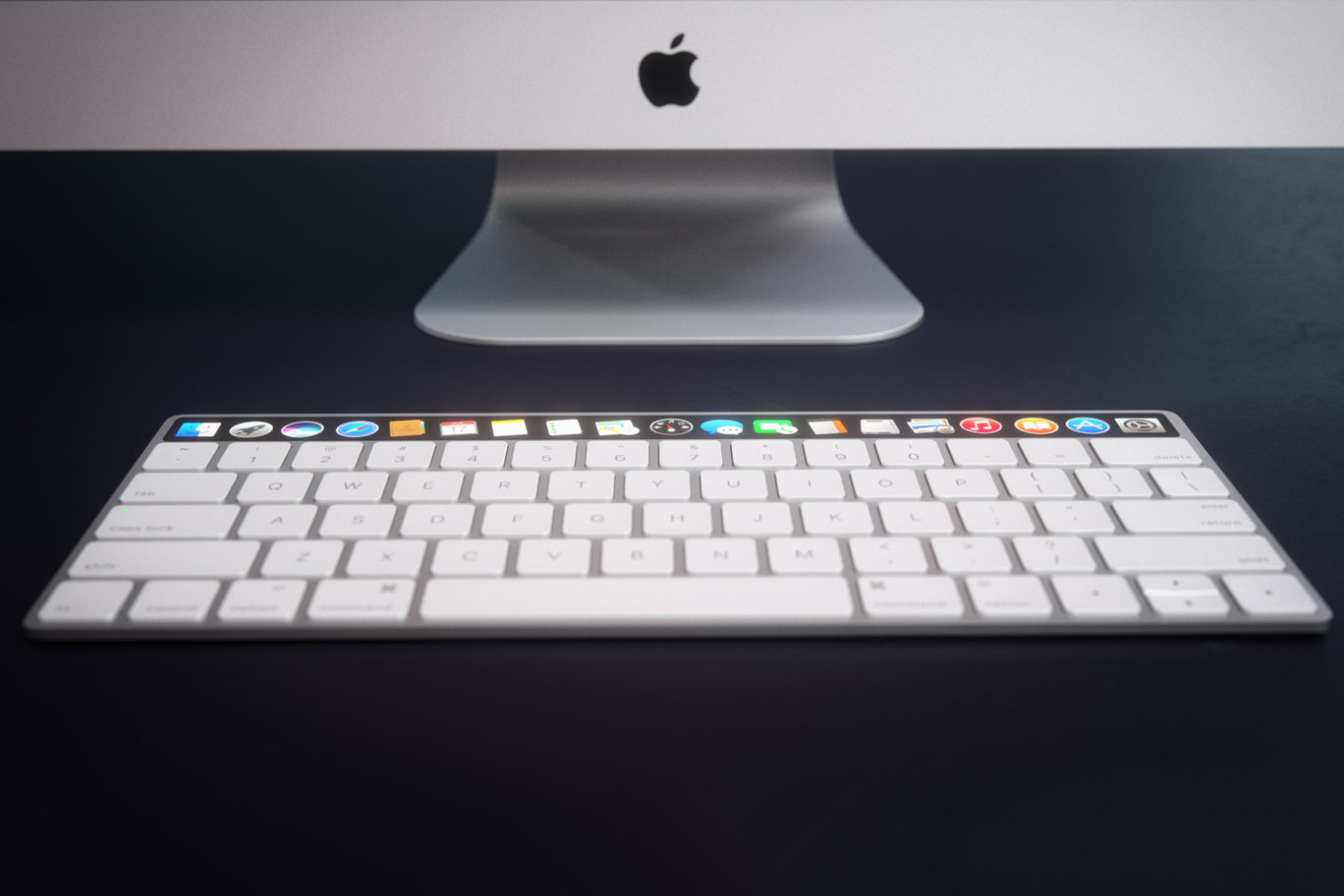 That brings up the possibility of a standalone keyboard that integrates Touch Bar functionality, the small touchscreen integrated into Apple’s new MacBook Pro keyboard introduced late last year. And it’s not just a wild dream. Apple has patent applications detailing such a product, and last year we reported that Sonder Keyboard, an Australian startup now part of Foxconn International Holding’s (FIH) Incubator program, had been in talks with Apple related to its dynamic keyboard technology.

A report back in December said Apple would have minor spec bumps this year for the 12-inch MacBook and MacBook Pro models it introduced last year. 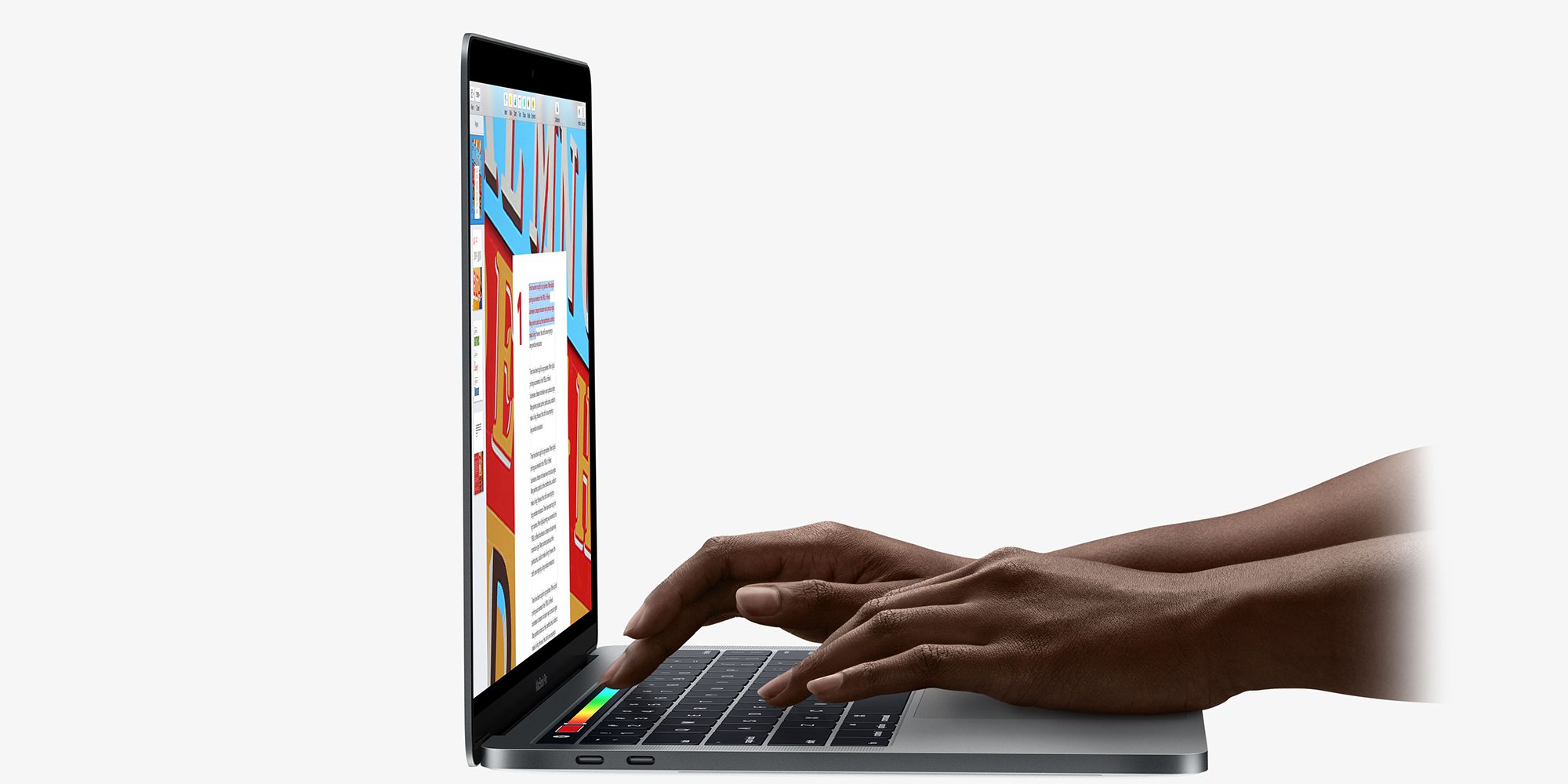 That report was later backed up by others, including supply chain intel claiming the updates would include Kaby Lake processor updates for MacBook & MacBook Pros and a 32GB RAM option for the 15-inch MacBook Pro model.

The 12-inch MacBooks were last updated in April a year ago, and reports claim a similar time frame for the updated model with a Q3 timeline for the MacBook Pro updates.

Also read: How Mac could improve with macOS 10.13 this year

Apple’s first original TV show is scheduled to debut this month with its Carpool Karaoke spin-off. The company’s other original series, the episodic Planet of the Apps contest reality show for app developers, will begin sometime this spring.

That means that Planet of the Apps will likely still be running with new episodes during WWDC and what a perfect place to give the show some stage time. It’s also interesting considering Apple’s focus for video content is quite unclear and so far focused on Apple Music. But it looks like it will introduce new ways to discover video content alongside the new shows… 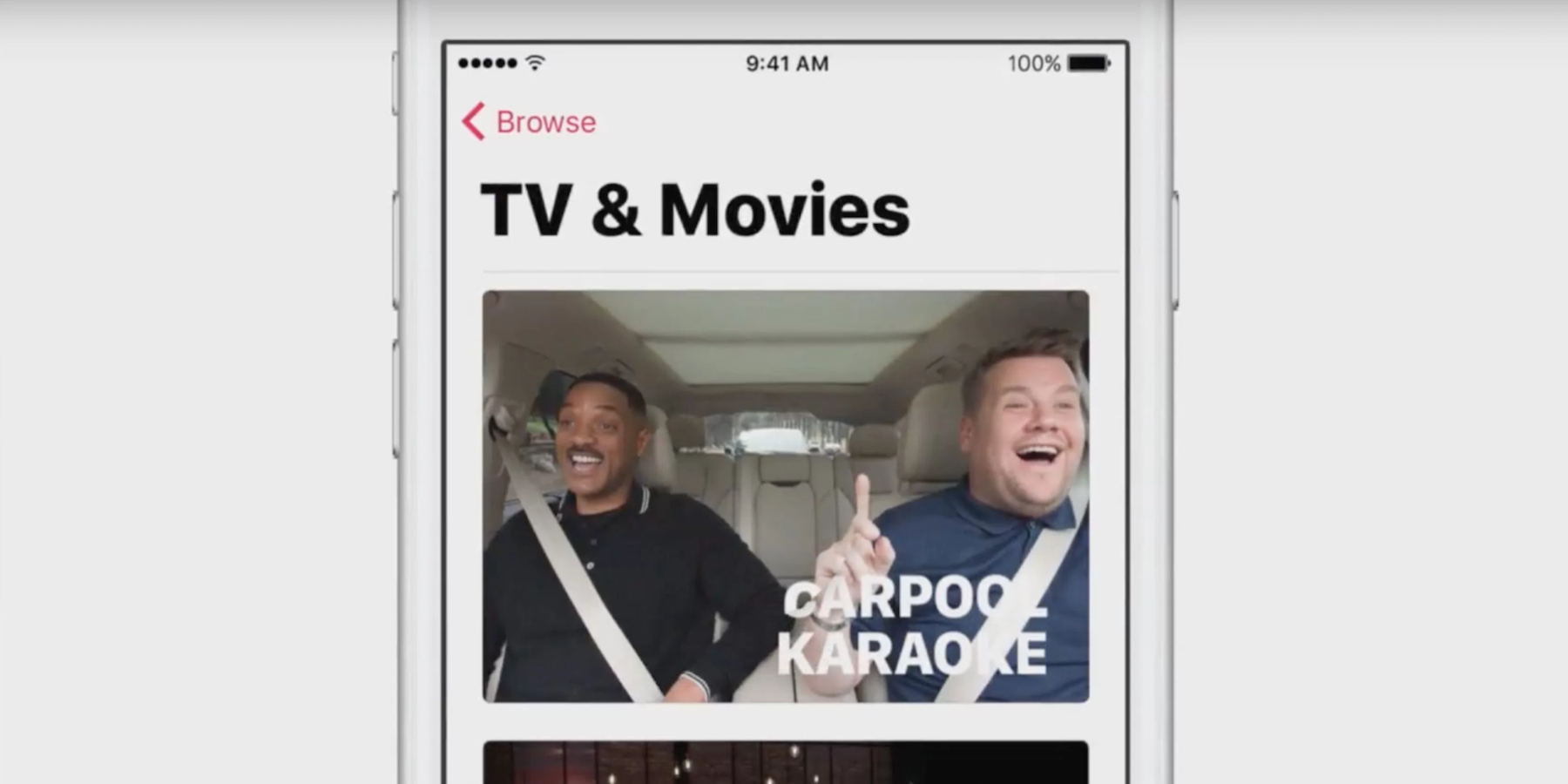 Since Apple also uses WWDC each year to refresh and show off new features for all of its operating systems, we’re expecting some updates for Apple’s various apps for viewing and discovering content including Apple TV (and maybe an international expansion for the new TV app and single sign-on feature while we’re at it).

A new TV shows and Movies section for Apple Music, for instance, was teased in a promo for CarPool Karaoke (pictured above), and we can only imagine there might be some tie-ins with the new TV app for the shows. The producer of Planet of the Apps and Apple’s Eddy Cue previously confirmed there would also be a standalone app experience of sorts outside of Apple Music where the show could be explored further. 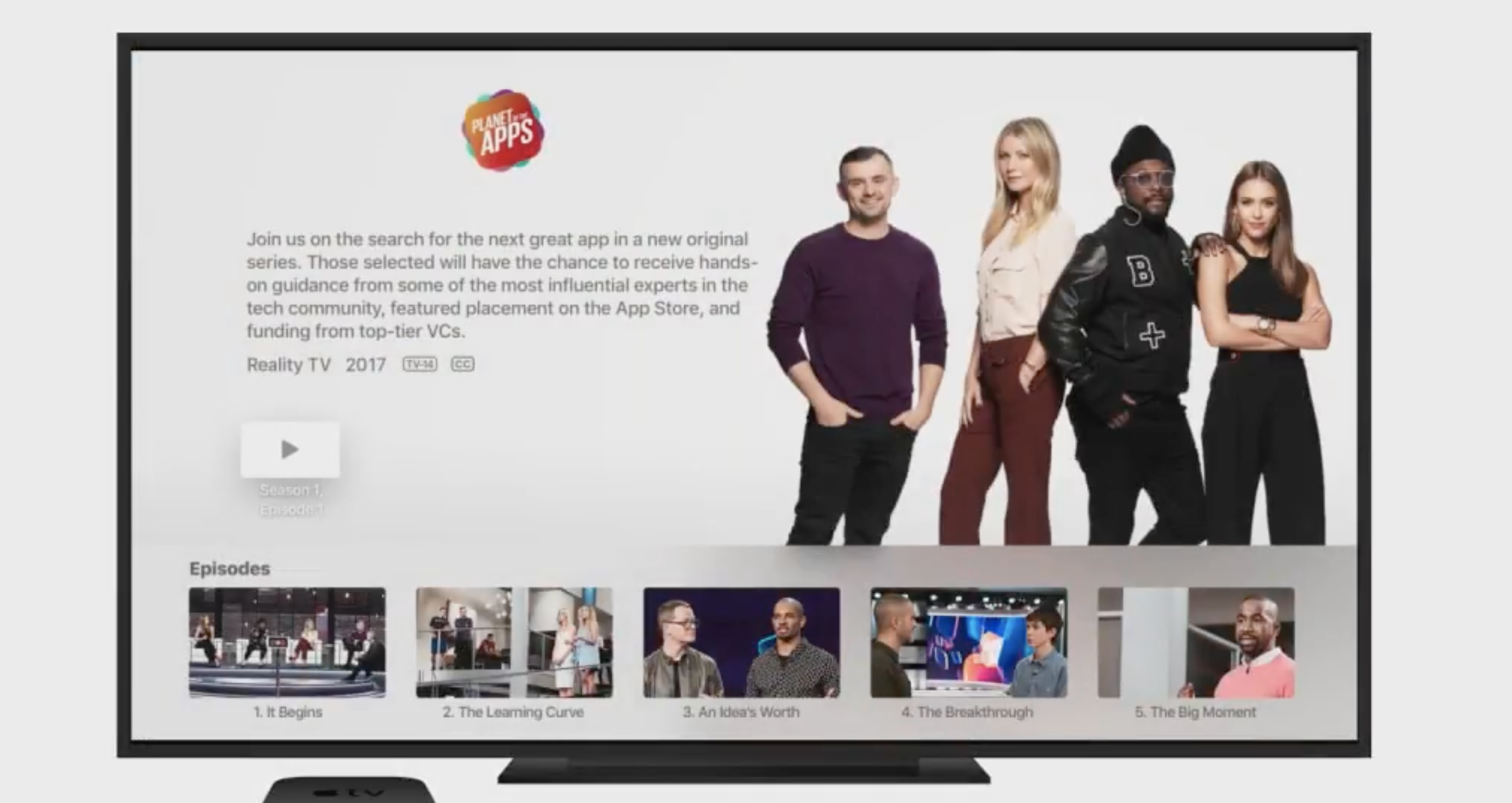 Right now Apple is already making a ton of great video content for Apple Music, but you probably wouldn’t know it. An Apple Music sponsored and branded concert series debuting this week is buried under a Curator’s profile page and not at all promoted as exclusive new video content in the app.

And while we’re at it, iTunes is in need of a desperate rethinking to give Apple Music, Podcasts, and the new video content some love on the Mac, and Apple might have just given us a taste of things to come. This month it officially renamed iTunes Podcasts to Apple Podcasts, which we hope is a sign of Apple rethinking the current iTunes as a hub approach on the Mac. We recently expressed that opinion more in-depth in our WWDC wish list for macOS 10.13.

Also read: What’s next for Apple Music and Beats 1

As for possible Apple TV hardware updates, Bloomberg reported back in February that a new box with 4K output is currently in testing and could launch as a soon as this year.

With watchOS 4 getting a preview at WWDC in June, we also have our eyes on the Apple Watch Series 3. The latest reports claim the device is on track to get an update late this year, and with Series 2 being unveiled in September last year, it’s a likely timeframe if Apple continues with regular updates like it has so far and does with its iPhone lineup. 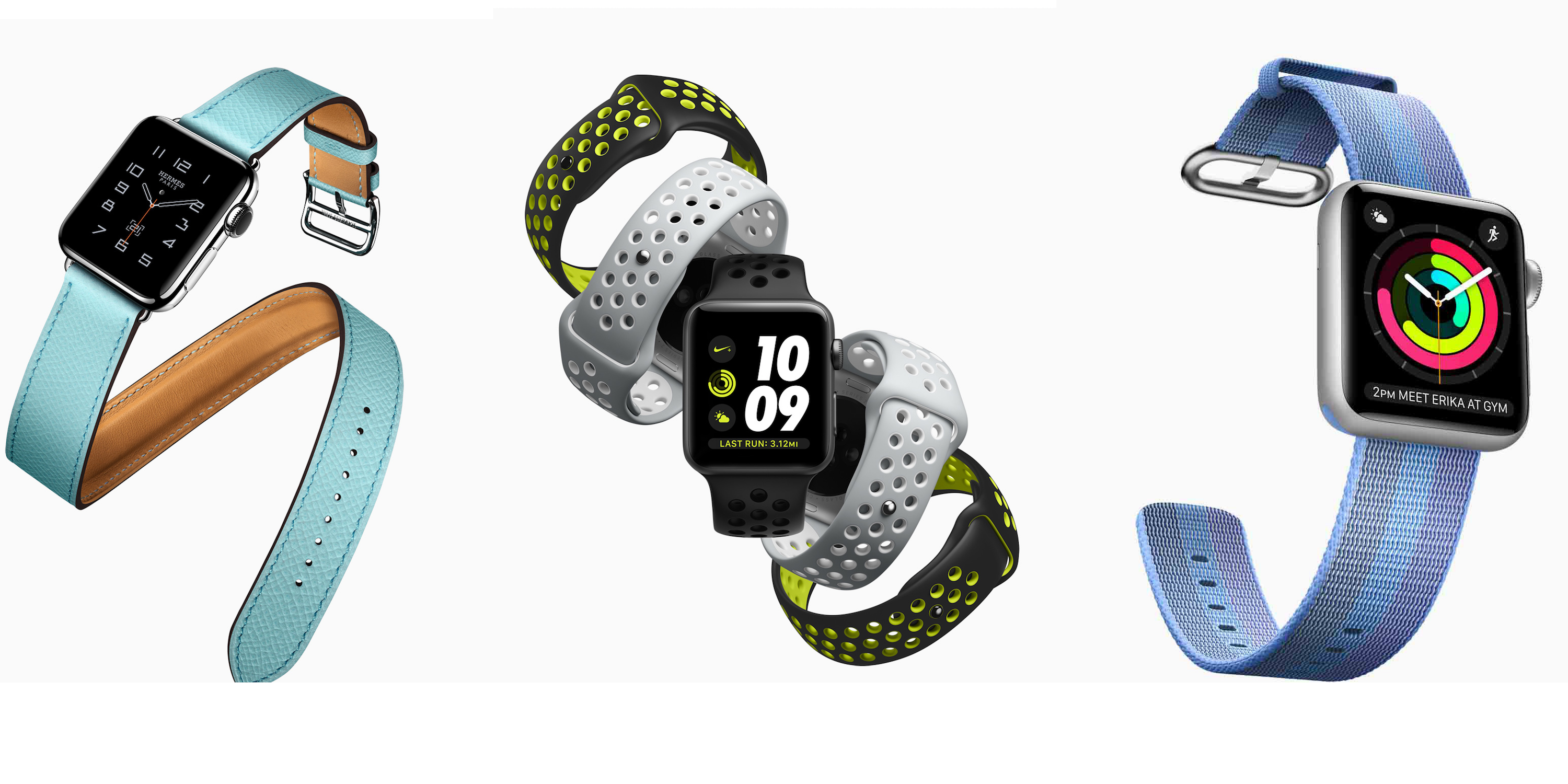 One report said the Series 3 Apple Watch would switch to a glass-film touch display, but we’d also expect some new cases and finishes alongside new health features.

Series 2 showed Apple will make a fitness and health a big focus for the platform going forward, and a report earlier this month said the company has a secret team working on ‘breakthrough’ diabetes treatment using Apple Watch. We recently explored some other possible features that could improve the Watch experience, including sleep tracking, cellular, and an always-on display.

Also read: How Apple Watch could improve with watchOS 4 this year

Check out our recent WWDC wish lists exploring how Apple could improve iOS 11, macOS 10.13, watchOS 4 and tvOS 11 this year.