Comment: Apple will be making a mistake if it no longer offers a low-cost Mac mini 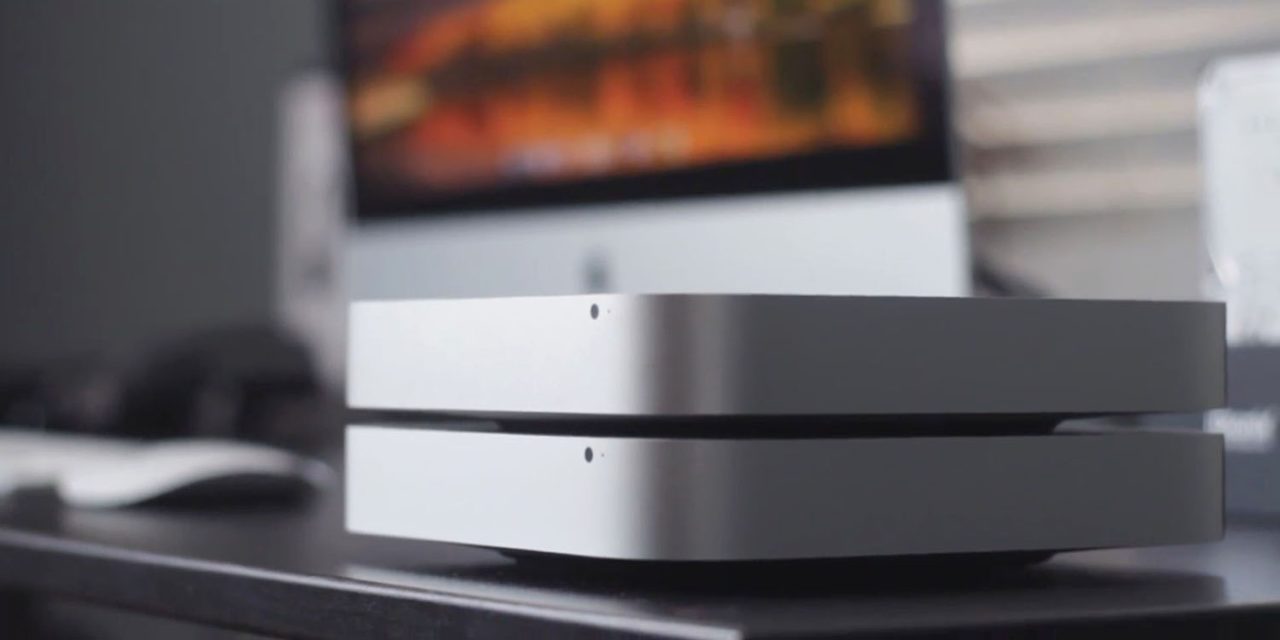 One of the oft-heard criticisms of Apple is that it no longer cares about the Mac now that the bulk of its income comes from the iPhone.

Apple does gradually seem to be trying to dispel that idea. The complete redesign of the MacBook Pro in 2016 demonstrated a continuing interest in the company’s top-of-the-range laptop, even if not all pro users were happy with the direction it took. The iMac got a shot in the arm with a Pro model. The Mac Pro is now elderly, but Apple has at least promised an all-new model. A rejigging of the MacBook range could finally see the death of the ancient MacBook Air.

All of which leaves the Mac mini …

Apple is still selling a four-year-old version of the machine, with frankly embarrassing specs. The company hasn’t exactly offered much hope to Mac mini fans either. Asked about it last year, Phil Schiller said that it was ‘an important product’ but that the company had nothing to say about it as yet. Tim Cook later said only that Apple planned to keep the machine in the lineup – with no mention of an update.

A Bloomberg report yesterday appeared to offer both good and bad news. The good news is that there is apparently a refresh on the way at some point this year. The bad news is that it is expected to focus on the pro market – and be priced accordingly.

For this year’s model, Apple is focusing primarily on these pro users, and new storage and processor options are likely to make it more expensive than previous versions, the people said.

Apple is right to target pro users of the mini. But it would be wrong to ignore the more budget end of the market.

It’s true that Apple’s original target market for the budget machine when it was first launched back in 2005 no longer exists.

The Mac mini was launched at a time when most people had desktop PCs. Apple’s thinking was that it would be hard to persuade a Windows PC owner to abandon their entire investment in order to switch to a Mac. But if it could tell people that they could keep their existing monitor, keyboard and mouse, and buy an ultra-compact box to replace their lumbering great tower, it would have a better chance. And if it could make that switch affordable, then it would have a winning product.

Today, almost nobody in the budget computer demographic owns a desktop. Ancient models aside, today’s desktop PC buyers are those who need power and are prepared to pay for it. Indeed, Apple is almost unique in offering a desktop computer that ordinary people want to buy: the iMac.

But that doesn’t mean there isn’t a budget market for the Mac mini. It’s a different market, sure, but it’s arguably an even more important one.

Many people run a Mac mini as a home media server, for example. It’s small, near-silent and … inexpensive. Especially if you’re running it as a headless unit, as many do, using Screen Sharing or ssh to access it.

That ‘inexpensive’ part is an essential piece of the home server equation. A home server doesn’t require much processing power, so there’s no point splashing out cash on a higher spec than you need. If Apple were to offer only a high-powered model with a price-tag to match, many would simply buy a competitor box.

Most people running a Mac mini as a home server have another Mac; the mini is a secondary machine. Pushing them off the platform is potentially a dangerous thing to do. If they find they get on fine with Windows or Linux on their home server, they may well be tempted to switch away from Apple altogether when it’s time to upgrade their main machine.

There are developers, too, who do most of their work on a Windows PC but have a Mac mini for iOS and Mac development. If you already have the Windows setup, then you can simply connect to the Mac mini as required. Most developers are not wealthy, and cost will be a key consideration for many here. Losing the Mac mini as an affordable development machine could result in losing developers.

Then there are the tinkerers. The people who do have serious budget to spend on their computer kit but are currently happy with their Windows setup. I know several such who bought a Mac mini purely to have a play around with Mac, to see what it’s like – and found themselves converted. They later replaced their high-end Windows PC with a high-end Mac. But that initial prompt to experiment? That was because the Mac mini made it relatively cheap to do so.

For all these reasons, I think it would be a mistake on Apple’s part to neglect the $500 Mac mini market. The company should absolutely offer more powerful models for those using them in server farms – there’s a tonne of money to be made there.

But the budget market is also more important than I think Apple may realize. So I think it should also update the $500 model to today’s spec. No need to go overboard, just fit a modern processor and a modest SSD for silent operation and zippy performance. That’s all most budget buyers need – well, that and the wallet-friendly price-tag.

What’s your view? Is it important to retain an affordable Mac mini? Please take our poll, and share your reasons in the comments.