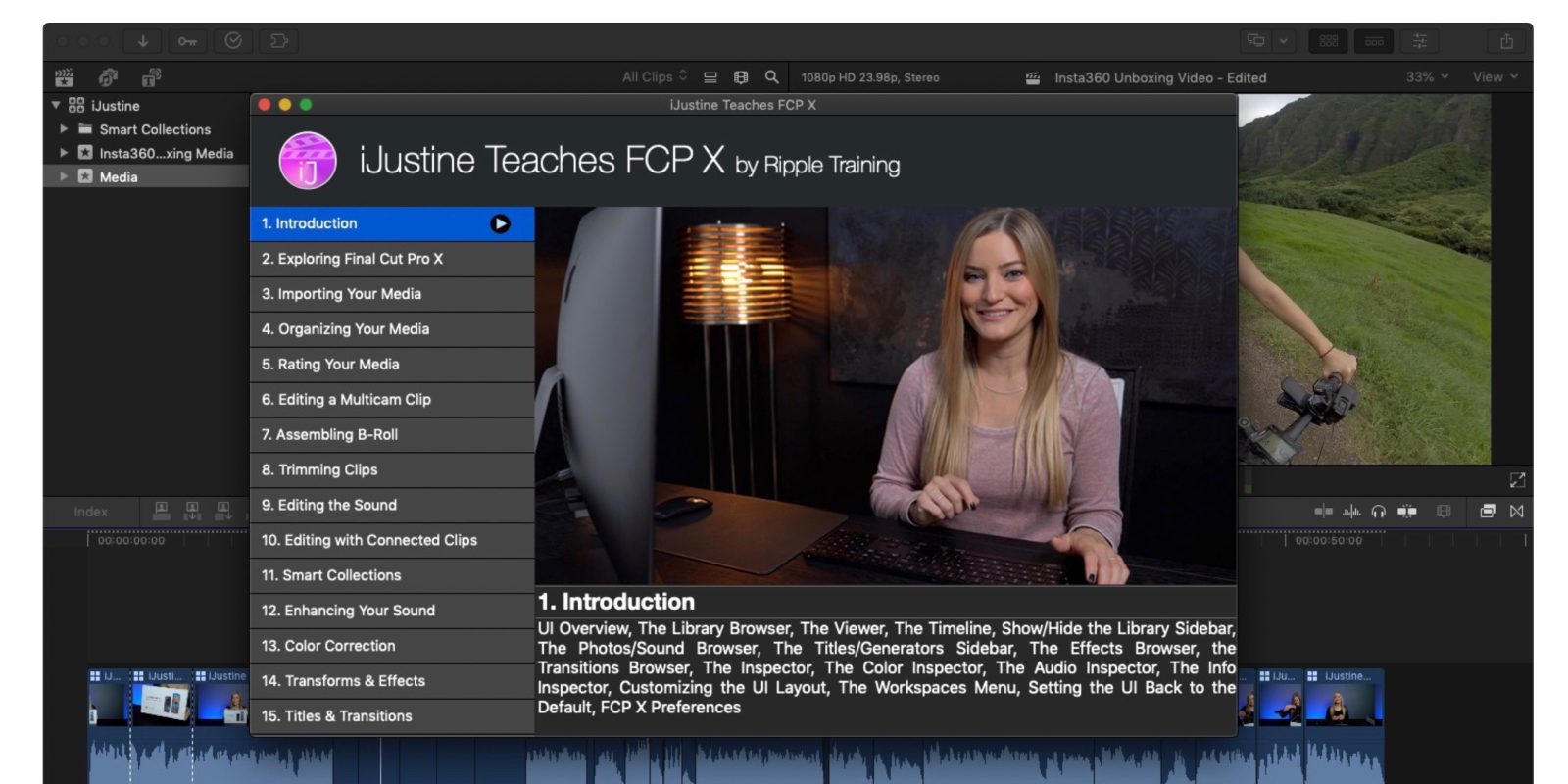 Over the last decade, iJustine has seen a lot of success and created a large following while covering Apple, the broader tech industry, and more on YouTube. She’s a known proponent of Final Cut Pro and uses it to create her fun and informative videos. Now she’s launched a Mac app to teach others how to use Final Cut Pro X.

END_OF_DOCUMENT_TOKEN_TO_BE_REPLACED Yesterday’s unveiling of the all-new Mac Pro at Apple’s WWDC keynote certainly made up for the fact that we didn’t see any updates to Apple’s pro apps like we we’re hoping. However, you might have missed Phil Schiller’s rather quick confirmation that a new version of Final Cut Pro X is indeed coming later this year: END_OF_DOCUMENT_TOKEN_TO_BE_REPLACED A full list of what’s new in Final Cut Pro X, Compressor, and Motion is below: END_OF_DOCUMENT_TOKEN_TO_BE_REPLACED It’s no secret that the professional video editing community was up in arms over Apple’s decision to release what they viewed as a scaled-back, prosumer version of Final Cut Pro with the release of Final Cut Pro X almost two years ago. Despite the Mac App Store dropping the cost of FCP from almost $700 to $299, pro video editors complained Apple had stripped away some of the software’s core features to create a simple experience for the average Mac user and not professionals. It earned FCPX the nickname “iMovie Pro” and criticism in the mainstream media followed by a response from Apple and eventually even refunds of the app to unsatisfied customers. END_OF_DOCUMENT_TOKEN_TO_BE_REPLACED

Apps & Updates Apps Facebook Twitter Gmail Tweetbot
Comments (0)
Vine version 1.0.5: Twitter’s new short video sharing app Vine ran into a bit of controversy when pornography found its way into the Editor’s Picks section due to human error. The developers have since addressed the issues and today’s update not only brings new Twitter and Facebook sharing features, but also the ability to block and report profiles. As noted by The Verge, the 1.0.5 update also increased the rating of the app from 12+ to 17+. The turning point, says Epstein, came when Apple released Final Cut Pro X. “We thought, ‘Well, this just isn’t going to work at all.’ So much of what I do is After Effects-specific, so when CS5.5 came along with Dynamic Linking—definitely the killer feature for me thus far—we decided to try that out on a simple piece featuring Kristen Wiig and Will Ferrell toward the end of last season. It went so smoothly that once CS6 came out, we decided to dial the full workflow in and make sure it fit our needs. So far, it really has.”