CMV: Apple should neither solicit nor accept tax incentives when building a new campus 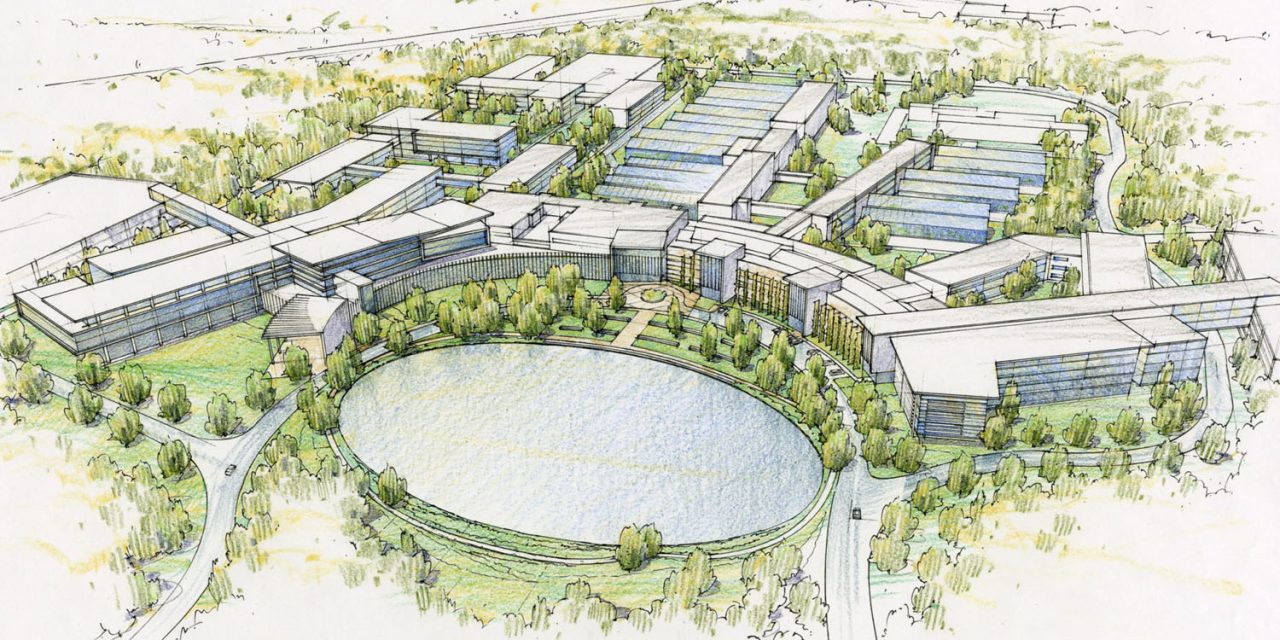 If you’re not familiar with our new opinion format, Change My View, please check out our guidelines before commenting – thanks!

Previous pieces have addressed the MacBook Pro keyboard controversy, whether it’s time for iOS devices to switch to USB-C ports and whether Apple should lose the patent trial. This time I’m looking at an issue I suspect will be no less controversial.

Apple is currently shopping for a location for a new campus, with initial suggestions that a great many different states were likely to be under consideration.

Since then, there have been reports suggesting that Apple may be narrowing down its choice, with two states in particular named: Northern Virginia and North Carolina.

A subsequent report suggested that North Carolina was the firm favorite, and the choice was being heavily influenced by tax incentives.

The proposed incentives appear to be extremely generous.

WRAL News has seen an incentive schedule that initially grants Apple about 56 percent of the employer’s share of withholding taxes that the company would generate in North Carolina for the first six years of the deal. That grows to 90 percent as the total jobs grow after the first six years. Withholding money also would flow into a state account intended to boost rural development […]

We don’t know whether or not the report is accurate. However, it does get specific, and does cite multiple sources. Additionally, there is plenty of precedent for states choosing to offer incentives to large companies to set up shop locally – including to iPhone assembler Foxconn (though not for an iPhone assembly plant).

On that basis, I’m inclined to believe that tax incentives have been offered to Apple, and that they are likely generous ones.

We don’t know whether Apple quietly asked for incentives – as Amazon did, in a far more public manner – or whether North Carolina was proactive in making the offer. But that doesn’t matter: my argument is Apple should neither solicit nor accept them.

For individual states, it can make good economic sense to offer tax breaks to companies in return for inward investment. If the the total economic gain to the state in jobs and remaining taxation revenues exceeds the costs of the subsidies, then I completely understand why they’d make the offer.

But it’s a bad deal for the country. If nobody offered these incentives, Apple and other large companies would pay the standard rates of tax, contributing more to the public coffers. Funding roads, schools, police, the fire service and all of the other things which contribute to living in a civilized society.

If Apple pays less tax than it should, then one of two things has to happen. Either public services suffer, or someone else has to pick up the slack. And if big businesses get the tax breaks, that ‘someone else’ is small businesses and individuals.

Now, you can argue that a new Apple campus creates new jobs, which generates more spending and taxation that otherwise wouldn’t exist. But that’s irrelevant: Apple isn’t creating a campus to create jobs, it’s doing so because it needs those people. It would do so with or without the incentives. Doing it for less is merely the icing on the cake.

Some will argue that businesses can be better trusted to spend money wisely than governments, so a corporation paying lower taxes is a good thing.

But businesses only exist thanks to public spending. Ultimately, the reason Apple can have all its products on display in tables, for example, is because the police service stops people looting the place on a daily basis. Businesses are possible because we live in the kind of halfway civilised society made possible by taxation.

One core counter-argument is shareholder value. Apple is owned by its shareholders, and its directors have, the argument goes, a legal responsibility to maximize returns.

But I’d counter that in two ways.

First, it’s not true. A company is perfectly entitled to hold values, and to say that it will adhere to those values even if it could boost its profits by abandoning them. For example, Apple sets high environmental standards irrespective of whether that makes financial sense. CEO Tim Cook specifically said in reponse to a shareholder objection that the company isn’t solely concerned with profit.

“We do a lot of things for reasons besides profit motive,” the CEO said. “We want to leave the world better than we found it.”

Anyone who had a problem with that? They should sell their Apple shares. “Get out of the stock,” Cook suggested.

Similarly, Apple is on record as saying that its accessibility work likely costs more money than it generates, but it believes that making its products accessible to as many people as possible is the right thing to do.

The same is true of human rights. Apple aims to safeguard the well-being of employees in its supply-chain. It has supplier requirements that almost certainly increase costs, and it does this because it believes that’s the ethical path. It also audits the source of cobalt used in its lithium-ion batteries to ensure that it doesn’t come from mines which use child labor.

So Apple could easily take the same stance on taxation. It would be perfectly within its rights to say to shareholders ‘Sure, we could take steps to pay less than our fair share of tax, but we think that’s wrong so we don’t do it.’

Second, even if it were true, Apple has always focused on long-term benefits over short-term ones. It may well be the case that the reputational gain to the company from doing the right thing more than outweighs the short-term cash-grab. Ask Amazon and Starbucks, both of whose businesses took a hit from consumer boycotts until they stopped using tax-avoidance measures in the UK.

So that’s my view: Apple should take a principled stand, and pay every penny of the standard taxes due. It shouldn’t solicit tax incentives, and it shouldn’t accept them when they are proactively offered.

What’s your take? Please read the guidelines on CMV pieces before responding in the comments – thanks!

This one generated very polarised views. There were those who argued strongly in favor.

Completely agree. These tax incentives are just a race-to-the-bottom, pursuing short-term economic benefit at the expense of long-term tax revenue, quality of infrastructure and social welfare. At some point we, both individuals and corporations, need to stop looking out only for ourselves in the short-term and start considering whether these tax incentives are actually good for society in the long-run.

Others argued equally passionately that there is always a net gain.

Incentivizing companies by offering corporate tax breaks and other incentives pays off in the end depending on how many employees are added. If a company were setting up offices with thousands of additional employees, that’s additional property tax and personal income tax revenue that will more than offset the tax breaks being offered.

Others suggested it was just naive to expect Apple to take a moral lead here, and that part of the company’s success was down to doing smart deals.

No-one changed my view on this one, which remains that these deals may make sense on a local basis, but not on a national one. And that Apple is well-placed to set an example here. But many thanks for all the responses – it’s great to see rational arguments being made in respectful ways.