MacBook Pro Diary: Ordering an M1 Max MacBook Pro was an easy decision, despite the price 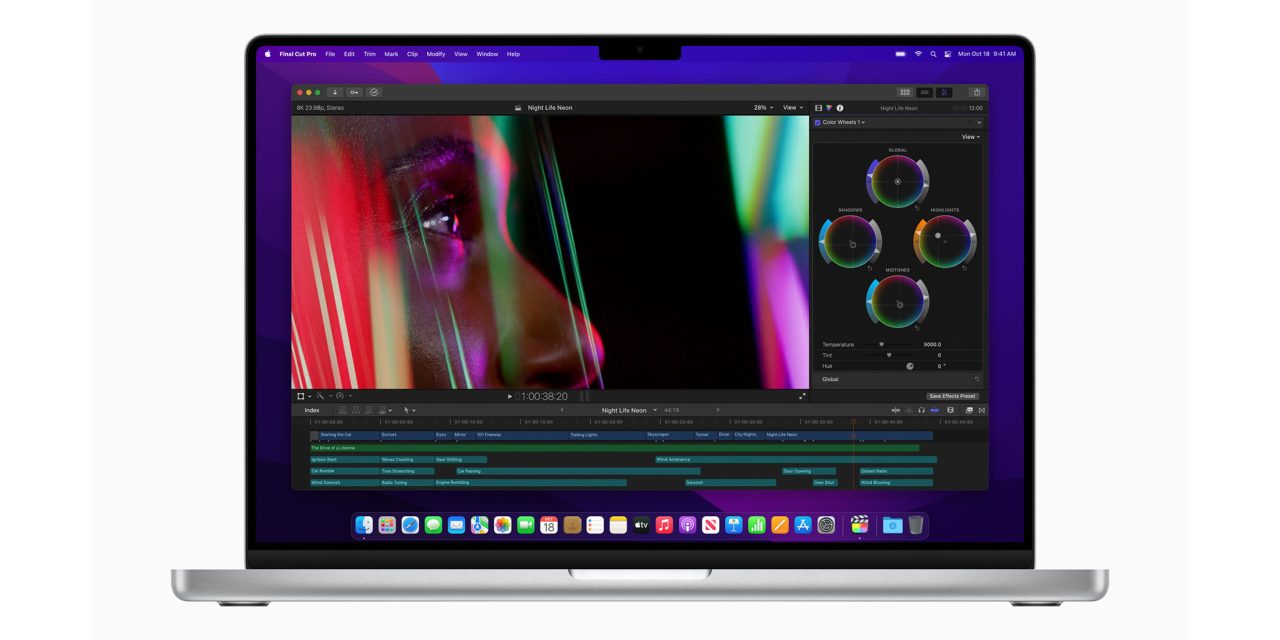 It’s felt like a long wait from the M1 MacBook Air and 13-inch MacBook Pro, but the M1 Pro and M1 Max MacBook Pro models are finally here. The predictions I made back in May were both correct: I was indeed unable to resist the 2021 16-inch MacBook Pro, and the price did indeed hurt!

So let’s look at what made a very expensive purchase irresistible to me.

Ever since the M1 MacBook Air and MacBook Pro models came out, I’ve been salivating over the prospect of the 16-inch MacBook Pro to follow. Even the base model M1 MacBook Air offered astonishing performance compared to Intel machines, but what Apple announced yesterday made these look like a practice run.

The only question, then, was which model to buy?

I’ve historically maxed-out my Macs on the basis of maximizing the useful life of the machine, before reliability concerns led me to re-second-guess that approach. If I were going to replace Macs every three years, that would make it tougher to justify the premium for a top-spec model, as you never recover the price difference on resale.

However, when it turned out that the M1 Max offered literally twice the performance of the M1 Pro, then I found it impossible to resist.

Having finally put my long-held videography plans into practice, and with ambitions for at least multicam short documentaries, it seemed wise to opt for the most powerful chip. The standard M1 Max configuration also gets you 32GB unified memory, which seems sensible for a machine I at least hope to keep for four to five years. (64GB seemed like overkill, however.)

Storage wise, I know some are incredulous at the idea of paying the huge price premium for 4TB of admittedly super-fast SSD storage, but video is again a strong argument in favor.

It’s never going to be realistic to keep more than a project or two in local storage, but I want some headroom. I’m expecting to work my way up from a one-minute film to somewhere in the 10-20 minute range, which will mean a lot more raw footage sat on my machine while I work on it. I could work on proxies, but that still leaves traveling: It would make me extremely nervous to rely solely on external drives until I get home. So I do want a decent amount of on-board storage; heck, I’d even go for 8TB if that didn’t cross my own sanity threshold.

I had wondered whether Apple’s approach might be to focus more on power efficiency with the M1-powered machines, and more on raw performance with the M1 Pro and M1 Max models. However, I was pleased to see that the joys of M1 battery performance also extend to the new models, Apple claiming 21 hours of video playback on the 16-inch model, with a 50% fast-charge in just 30 minutes (currently via MagSafe only).

If the usual rule of thumb applies, with real-life use offering about half the “video playback” claim, then that suggests 10 hours plus of genuine battery life. That’s going to get me though any day of working while traveling.

In all honesty, the miniLED screen isn’t a huge factor for me. My work is mostly done sat at a desk, with the machine in clamshell mode while I use a 49-inch external monitor. The rest of the time, the display improvements are welcome, of course, but I’m not expecting to be blown away by them – though I’ll be happy to be proven wrong.

Similarly, the speaker improvements. I very rarely listen to my Mac through its own speakers, though the previous model did have me forgo a Bluetooth speaker when travelling. So again, this will be a nice-to-have, rather than anything which factored into an upgrade decision.

I’ve long since adapted to an all USB-C world, thanks mostly to swapping out USB-A cables for their USB-C equivalents, together with the occasional dongle. So for my money, Apple could have stuck to four USB-C ports and I’d have been perfectly happy.

I’d have been extremely annoyed if Apple had removed power-delivery capabilities from any of the USB-C ports, as I have a bunch of USB-C chargers and power banks, and love the flexibility of powering my Mac from pretty much any power source, and from either side. MagSafe wouldn’t be worth the trade-off. But since we have the choice, that’s fine.

I have no personal use for either the HDMI or SD card slots, but I know many do, so I don’t mind those. At least the SD card slot offers some storage insurance, opening up the possibility of sticking a permanent 2TB card in there at some point should I need additional archive space.

Apple seemed about as proud to announce the removal of the Touch Bar as it did when it announced its introduction!

To me, it’s of little consequence. I did get to have a small preference for the volume and brightness sliders, but that was literally my only use of the Touch Bar – so losing it is no big deal.

I said before the event that I’d consider a notch a price worth paying for much smaller bezels. The reality doesn’t quite match those delicious renders, but it comes close, and so far I haven’t changed my mind.

We’ll see what I make of it once my machine arrives, of course, but while many remain disappointed, I’m so far fine with it.

I did seriously hesitate over the price, wondering whether I should down-spec a little. For the amount of video work I expect to do, the M1 Pro version is arguably more than good enough, without stretching to the M1 Max. But it would be painful to be spending what would still be a lot of money, knowing I was getting literally half the available performance.

Provided I do keep it for the four- to five-year period, which used to be my norm, it’ll still be good value. If reliability fears cause me to upgrade after three years… well, then it’ll be significantly more expensive. But provided post-Brexit Britain does keep EU-standard consumer protection legislation, which allows claims for up to six years, then I may feel comfortable doing that.

Of course, there’s also the risk the Apple tempts me with a newer and shinier version after two or three years, but I think that’s a relatively low risk. This generation is the huge performance jump, and a redesign, so I’m expecting more evolution than revolution over the next few years.

That should also mean that the resale value of a high-spec M1 Max machine holds up well. I’ve done some back-of-an-envelope calculations, and reckon the worst-case resale scenario gives me a total cost of ownership of around $110/month. What I hope is a more realistic one works out at about $70/month. Given the value of the machine to me, either is a price I’m willing to pay.

I am, however, going to take a big hit on selling my Intel machine! Apple offered an insulting £850 ($1,175) trade-in, which I obviously rejected. I’ll be able to do significantly better than that selling privately, but it’s still going to have been an expensive device. But that’s the cost of (a) upgrading after just a couple of years and (b) a true next-generation replacement.

Availability seems low, with shipping times already slipping into late December. I placed my order right away, but my shipping is shown as Oct. 29-Nov. 2. Very few people seem to have gotten an Oct. 26 delivery for anything but a base model, and my timings look better than most.

My first impressions piece will follow as soon as I get my hands on it!