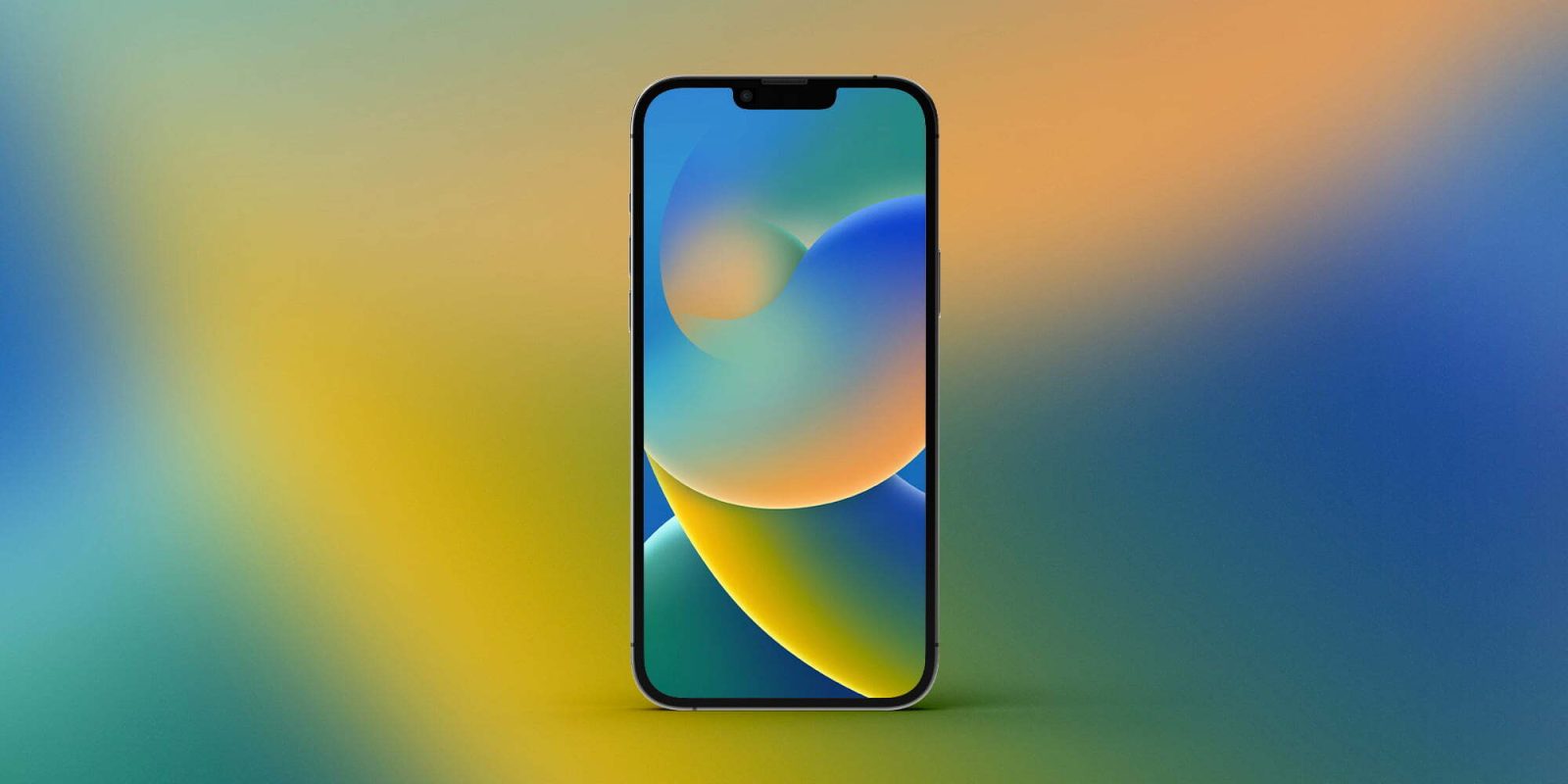 It’s that time of year again when we all get excited about new features in Apple’s software. This year, iOS 16 brings new customization options for the lock screen, as well as other important enhancements. And on top of that, the update adds a new wallpaper to the operating system, and you can download it right here.

Before you download the new wallpaper, there’s something interesting that we learned by analyzing the iOS 16 code. iPhone wallpapers were traditionally just static images, while Live Wallpapers had static versions and a short video for the animated version. Now with iOS 16, things have gotten a bit different.

Due to the new lock screen, which has animations and images that interact with the clock and widgets, the wallpapers are no longer static images. Instead, they are rendered in real time. Another thing to keep in mind is that Apple has removed virtually all of the old wallpapers, including those used in marketing images that were device-specific.

Luckily, 9to5Mac found a way to render the new iOS 16 wallpaper in a way that we can share as a high-resolution image. The iOS 16 default wallpaper comes as a single version, so there are no different images for light and dark modes. The image has shades of blue, green, and yellow.

But if you’re looking for a dark version, or even something you can use on other devices, iPadOS 16 still has static images as wallpapers since it lacks the new customizable lock screen.

You can download the new iOS 16 wallpaper in its full resolution below. Be sure to click the (i) button and save the full resolution wallpaper – and then set it via the Photos app or Settings app if you’re using an iPhone, iPad, or iPod touch.

It’s worth noting that iOS 16 is currently available as beta software for developers via the Apple Developer website. A public beta will be released next month, while the official release is expected this fall.