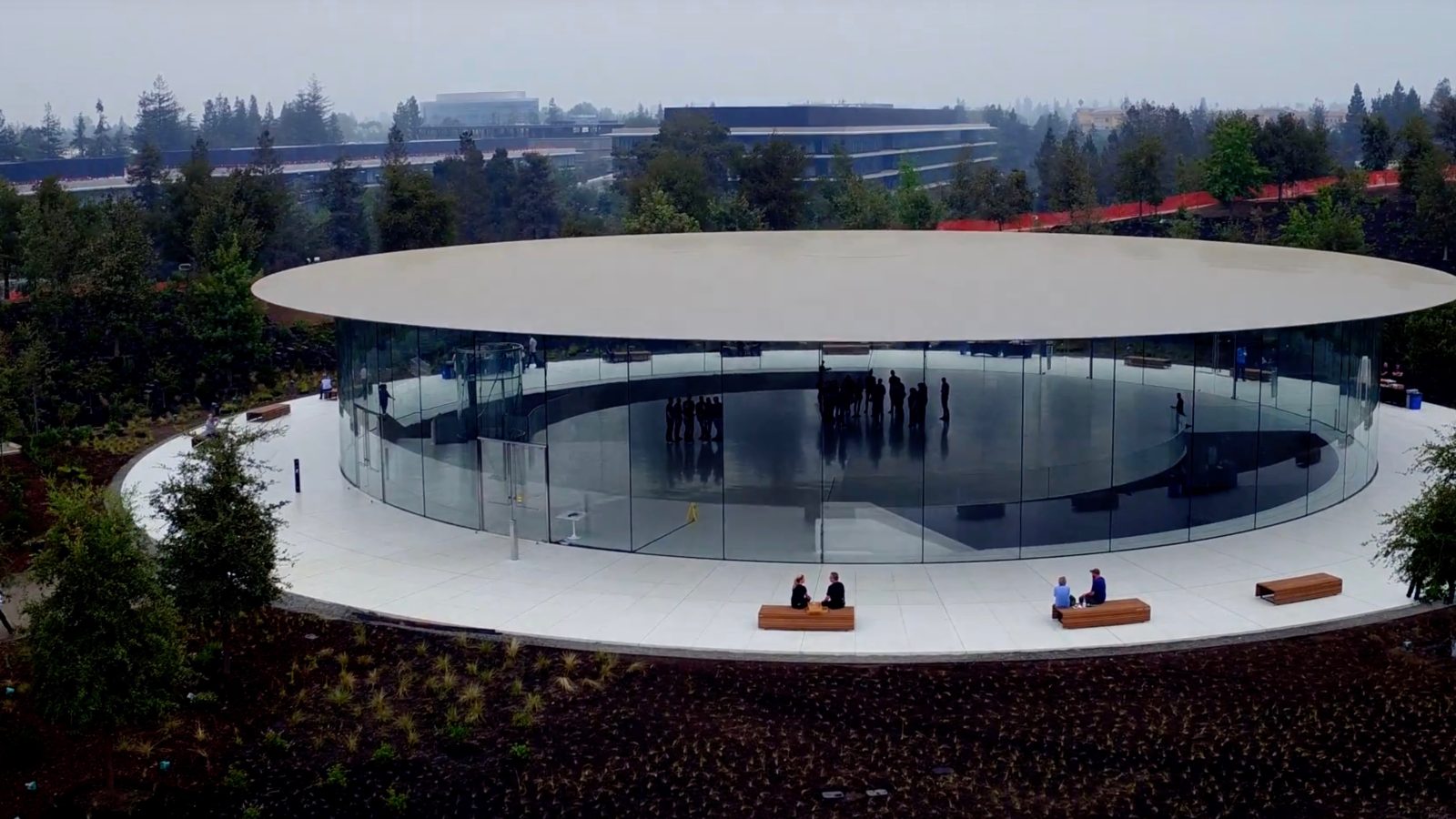 One of the most exciting parts of Apple’s iPhone 8 event invites last week was that the keynote will be held at the brand new Steve Jobs Theater. This evening, new drone video from Duncan Sinfield offers our clearest and best look yet at Apple’s new auditorium, exactly one week ahead of the iPhone 8 unveil.

The overhead video opens with some new footage of Apple Park and we can clearly see work continue on things like landscaping and paving. The entire still houses quite a bit of construction machinery, but nevertheless progress is being made.

The most interesting part of the video, however, is the footage of Steve Jobs Theater, which is where Apple’s iPhone 8 event will be held next week. The important thing to note about Steve Jobs Theater, however, is that the auditorium itself is underground, so what the video shows is simply the lobby. You can see the massive cylindrical shaped glass walls, which make for a great peek inside where people are seemingly planning and working towards next week’s event.

Underground, however, is the 1,000-seat auditorium where Tim Cook will grace the stage in just a week to unveil Apple’s new trio of smartphones. We haven’t seen a whole lot of the inside of Steve Jobs Auditorium, but that will change next week.

Watch today’s newest Apple Park drone video below and view the progression at the links underneath.