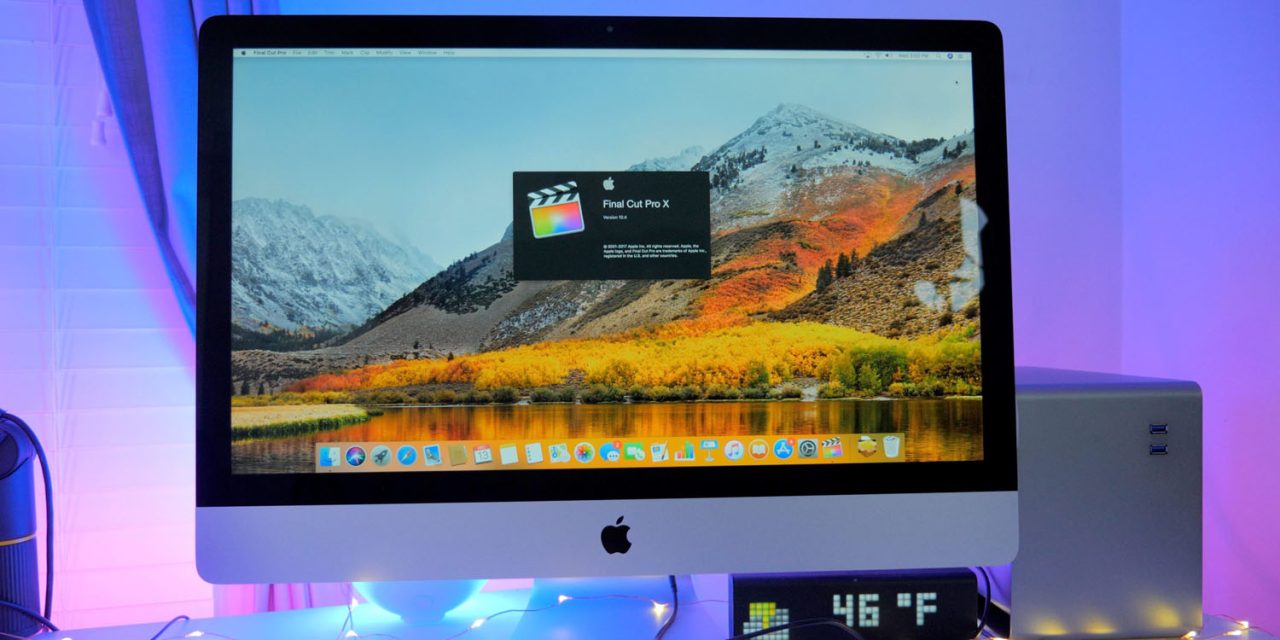 Hear me out here, because on the face of it, what I’m going to propose might not seem like a natural fit for Apple. Especially as Apple’s attempts to create social network type products haven’t exactly been a great success.

There was Ping, which never really took off in the first place, failing to grow much beyond the roughly 1M users it had at launch, and which was soon drowning in spam and scams.

And there’s Apple Music Connect. Arguably, the jury is still out on that one, but I think it’s fair to say that it hasn’t taken the music world by storm …

So suggesting that Apple make another play in this broad area might seem ill-advised, but – with the right approach – I think if could be a solid long-term play.

For me, the best thing about YouTube is that it gives amateur film-makers and vloggers the opportunity to share their work, with some of them succeeding in turning a hobby into a profession.

The worst thing about YouTube is all the junk content. Rips of TV shows, compilations of other people’s content (often without credit, always without revenue-sharing) and sometimes straight re-uploading of someone else’s videos on an unrelated account.

I’d love to see someone do YouTube properly. Take it back to its roots as a true platform for original content providers. And there are two reasons I think Apple could be the right company to do it.

First, from a customer perspective, Apple makes a huge deal about encouraging the use of its products for creative endeavors.

Right from the early days of the Mac, Apple has positioned itself as the company for creative professionals, and creative people generally. Writers, photographers, composers, film-makers, developers and so on.

It maintains that positioning today. Look at its recent Behind the Mac ads, for example.

A lot of Apple’s tutorial videos also focus on creative activities, whether it’s the iPad:

And even ads that aren’t promoting any specific product, but rather the idea of Apple products being an enabler for creativity.

So Apple very much aligns itself with creators, and video is an area where there has been an explosion in the quality of work by new film-makers. We’ve seen people with perfectly ordinary consumer cameras, and often makeshift accessories, create some stunning work.

By giving these creators a platform where their work would not be buried by ripped TV shows and parasitic compilations, Apple would be backing its words with practical support.

And I think it could make business sense from Apple’s perspective too. In the short-term, it could curate the best of the videos into a channel for Apple Music subscribers, providing subscribers with additional content, creators with an extra audience and Apple with greater perceived value.

Longer-term, it could assist Apple’s streaming video ambitions. The company has reportedly long been struggling to sign deals with networks for existing TV shows, and its reported attempts to create its own streaming video service now appear to be years behind schedule.

If Apple is to succeed in this space, the company is going to increasingly rely on original content. Eddy Cue has said that Apple is not generally in the business of creating its own TV shows, which means it needs to commission them from others.

So far, Apple doesn’t seem to have many deals in place. A report back in March referenced a dozen projects in the works, and since then we’ve seen only a handful of references to additional ones.

Apple, then, seems to be in need of a pool of upcoming film-makers it can tap for original commissions – and having its own high-quality version of YouTube would seem to provide a good place to find them.

Sure, it’s not a necessity. If Apple wants to find new talent in the video arena, it can already go trawling on YouTube and Vimeo. But with its own platform, Apple could provide guidance on its particular areas of interest, and would be well-positioned to offer exclusive deals ahead of other buyers.

So that’s my view. By creating a moderated platform for video creators, Apple would be living up to its image of supporting creative use of its technology; it would be offering creators new audiences; Apple Music subscribers would get better value for money; and Apple would be well-positioned to commission content from up-and-coming film-makers.

What’s your view? The right move for Apple, or a distraction from its core areas of focus? As always, please make your case – for or against – in the comments. Please read our Change My View guidelines before commenting. We’re looking for reasoned debate which is respectful of opposing views, and a willingness to have your own view changed – as I am mine.

One commenter and MacObserver suggested that Vimeo might form a basis for my proposed platform, and it might make sense for Apple to buy that and then tailor it to its needs. I could definitely see an argument for that.