Opinion: Apple could, and should, do the right thing on tax 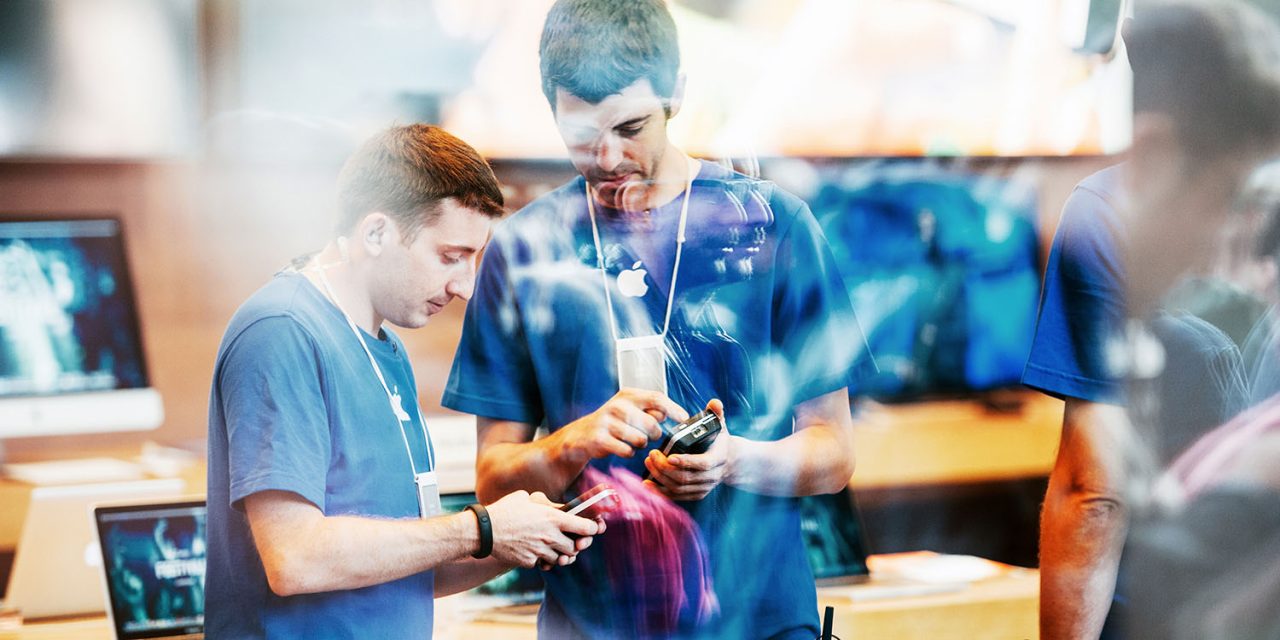 Apple has long aimed to do the right thing, not just the profitable one, on a great many fronts. On tax avoidance, not so much.

Apple could be the good guy here. It could be the one tech company to take a strong stand on paying its dues, rather than using any loophole it can find to minimize the amount of tax it pays.

That would, I suggest, be consistent with the company’s approach to other areas of corporate responsibility …

Accessibility is a great example. Apple unapologetically admits to shareholders that its investments in this area don’t make financial sense. It spends more money in accessibility R&D than it ever makes back in increased sales. But it does so because it’s the right thing to do. Because it changes lives.

Environmental policy is another area where this is true. Apple does a huge amount of research into using more environmentally friendly materials, uses recycled materials wherever possible and wants to go much further. It manages forests for sustainable packaging. It funds environmental protection schemes. It uses renewable energy itself and supports its suppliers in doing the same thing. Facing kick-back from shareholders who objected to what they considered a waste of money, Apple CEO Tim Cook politely but firmly told them he didn’t care whether it cost the company money.

“We do a lot of things for reasons besides profit motive,” the CEO said. “We want to leave the world better than we found it.”

Anyone who had a problem with that? They should sell their Apple shares. “Get out of the stock,” Cook suggested.

Privacy is another area where this is true. Apple has potential access to some of the most valuable user data in the world. The iDevice-owning demographic is an extremely attractive one to advertisers, and Apple could make a fortune by allowing its use for ad-targeting. But it doesn’t do so because it values customer privacy over profit.

Apple even made the terms of its upcoming Apple Card offering far more consumer-friendly than most cards, including no fees, no penalties, and app-based features to help cardholders minimize interest payments, despite the hit this will mean to the profitability of the card.

Now, cynics would say that the real reason Apple does all of this is because it’s good PR. I don’t personally share that cynicism, but even if you do, it actually doesn’t matter. Apple should do the right thing on tax because it’s the right thing to do, but it would also be great PR.

What is the right thing on tax?

Now, some people would say ‘hold up here – all companies manage their affairs in a tax-efficient way, as do many individuals. Governments create tax breaks for both companies and individuals, and they do so because they want people to take advantage of them.’

So, let me draw distinctions between three things here:

This one is simple: it’s illegal. It’s fraud. It’s misrepresenting your financial position in order to escape tax that the law requires you to pay. Apple obviously doesn’t do this, and nor do most individuals.

This is the other end of the scale. This is companies and people arranging matters to legally and properly take advantage of tax breaks offered to them. For example, if you’re over 65, the US government offers you a bigger standard deduction. Taking that deduction is exactly what you’re supposed to do. If you have dependent children, you can claim tax deductions on day-care costs. If you make a donation to charity, you don’t have to pay the income tax on the amount you donated. If you pay into a 401(k), you can get large tax breaks. You can deduct tax for education, mortgage interest payments, medical expenses, savings, all kinds of things. All perfectly legal, all as the government intended.

But we then move into what I consider the sketchy area.

Some call this ‘aggressive tax avoidance,’ but whatever you call it, this is very different from the type of tax efficiency described above. Exploiting loopholes is by definition sketchy. It’s legal, but it’s using tricks – often very convoluted ones – to avoid paying the amount of tax the law intended.

Sometimes the names alone are enough to give a clue as to their complexity. For example, one reportedly used by Google is known as the Double Irish With a Dutch Sandwich. It’s legal (for now), but as sketchy as can be.

What Apple did through its Irish headquarters wasn’t quite in that league, but it was still, in my view, pretty sketchy. Let’s take the example of an iPhone sold in the UK, and look first at what the British government expects to happen – and what would indeed happen with a British company.

Now let’s look at what apparently happened when Apple’s Irish tax arrangements were in place. Instead of that last bullet-point:

So instead of paying £60 tax in the UK, where the sale was made, Apple paid just £7.90 to a different country.

Apple says this about its approach to tax:

Apple pays all that we owe according to tax laws and local customs in the countries where we operate.

Which is, I would argue, technically true but misleading. The amounts owed by law and customs depend on how Apple arranges its tax affairs, and some of its arrangements were most definitely geared to exploiting loopholes in the law.

What I’d like to see is Apple taking a principled stand, and paying the same rates of tax as any local company in each of the countries in which it sells products and services. Which, in the above example, would mean paying £60 in the UK and not £7.90 in Ireland.

Yes, this would cost the company money; doing the right thing often does. But Apple chooses that path in many areas and tells shareholders they can sell up if they don’t like it. Given that taxes are what pay for things like schools and hospitals – as well as the roads Apple uses to get its iPhones into the stores and the police force that prevents people just wandering into Apple Stores and helping themselves – I’d like Apple to take the same moral high ground with taxation. Don’t just do what the law allows you to get away with: do what’s right.

That’s my view; what’s yours? Please take our poll and share your thoughts in the comments.