Apple Card: How to opt out of the arbitration agreement 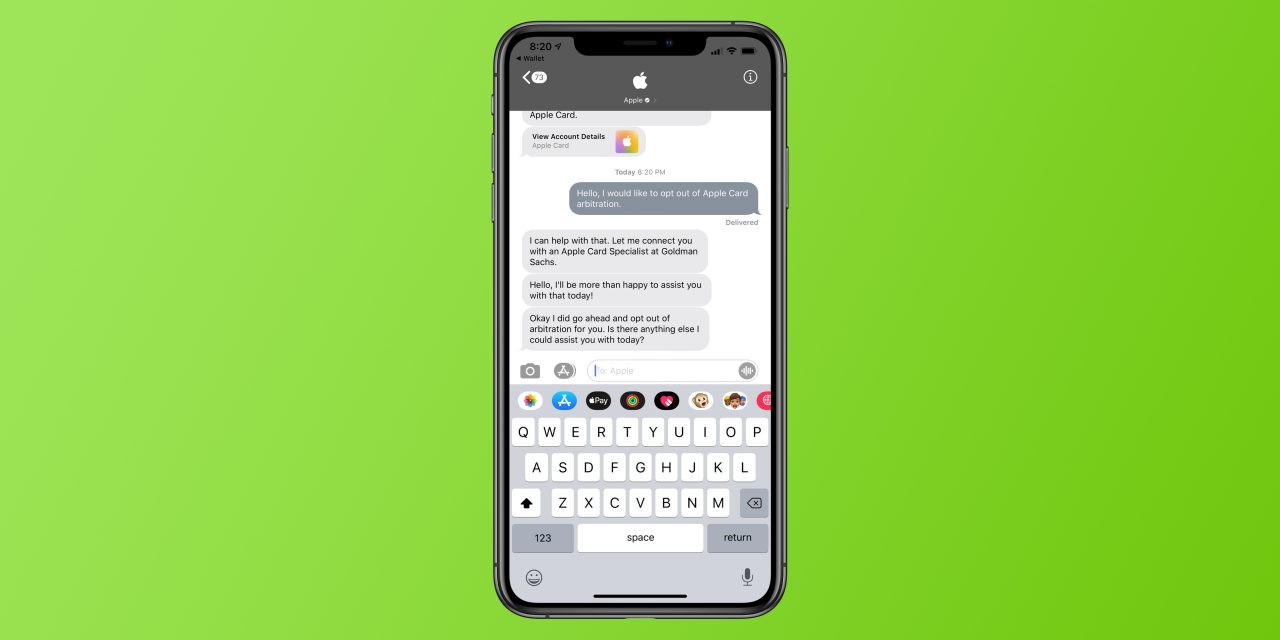 Apple Card launched to everyone in the United States today, with Apple also adding a new cash back offer for Uber. One thing to note with Apple Card, however, is that the terms and conditions specifically outline that you agree to arbitration. Thankfully, however, it’s relatively easy to opt-out. Here’s how to do that.

Arbitration clauses are incredibly common in terms and conditions nowadays. Essentially, when you agree to arbitration, you’re giving up your right to sue Apple or Goldman Sachs, whether it be individually or as a member of a class.

ArsTechnica has a good explanation of what this means:

The Apple Card agreement from Goldman Sachs makes it clear that arbitration is opt-out, rather than opt-in:

By accepting this Agreement or using your Account, unless you reject arbitration as provided below, you acknowledge that YOU ARE GIVING UP THE RIGHT TO LITIGATE CLAIMS (AS DEFINED BELOW) AND THE RIGHT TO INITIATE OR PARTICIPATE IN A CLASS ACTION. You hereby knowingly and voluntarily WAIVE THE RIGHT TO BE HEARD IN COURT OR HAVE A JURY TRIAL on all Claims subject to this Agreement.

The most important thing to note is that you must opt-out of arbitration within 90 days of opening your Apple Card account. Of course, Apple Card has only been available for a couple of weeks – so you’re still in that window for now.

There are several ways to opt-out of the arbitration agreement:

The third option is by far the easiest:

Apple currently isn’t providing any sort of confirmation, but we would highly recommend screenshotting your conversation for safekeeping.