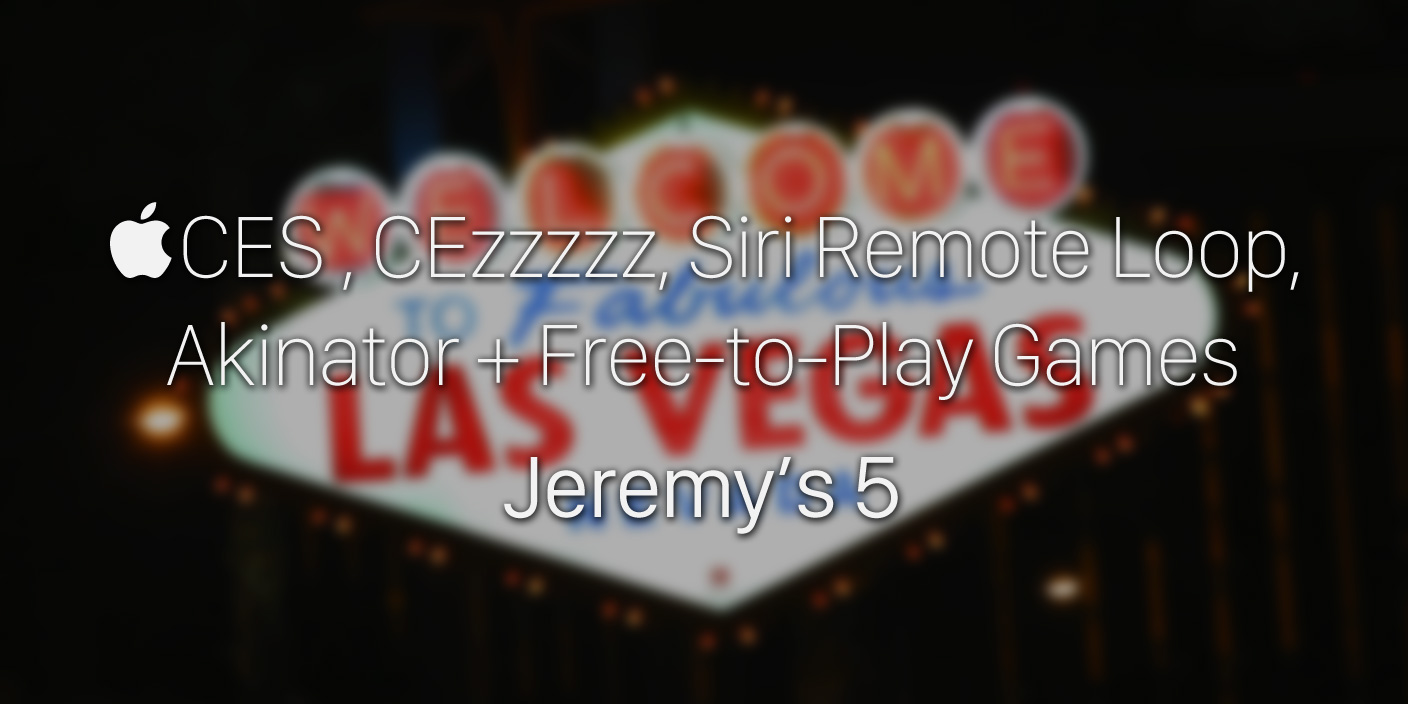 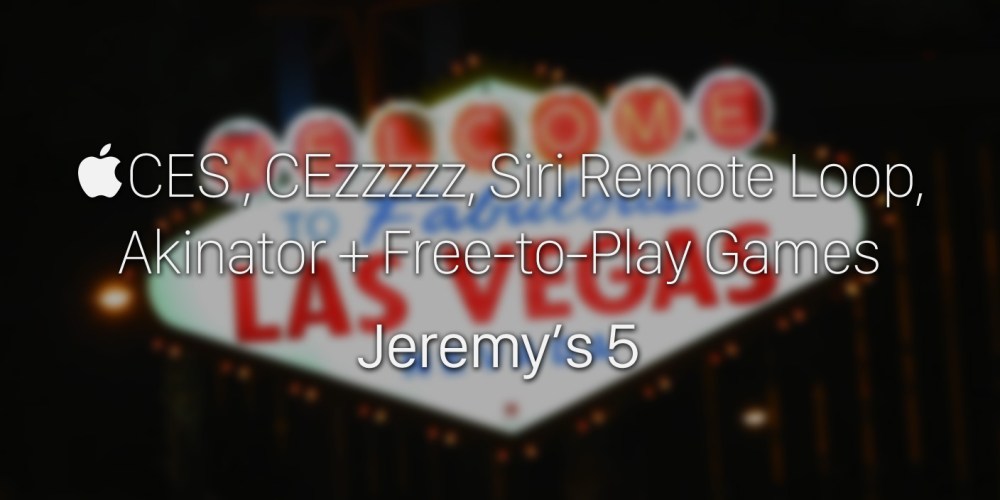 My first edition of 2016 looks at two separate topics related to this week’s 2016 CES: first, Apple’s continued absence from the show, and second, the annual event’s seemingly declining interest to Apple fans. I also wanted to share some additional thoughts on Apple’s Remote Loop for the new Apple TV’s Siri Remote, the classic (but ever-evolving) iOS app Akinator the Genie, and the continued scourge of free-to-play games…

END_OF_DOCUMENT_TOKEN_TO_BE_REPLACED 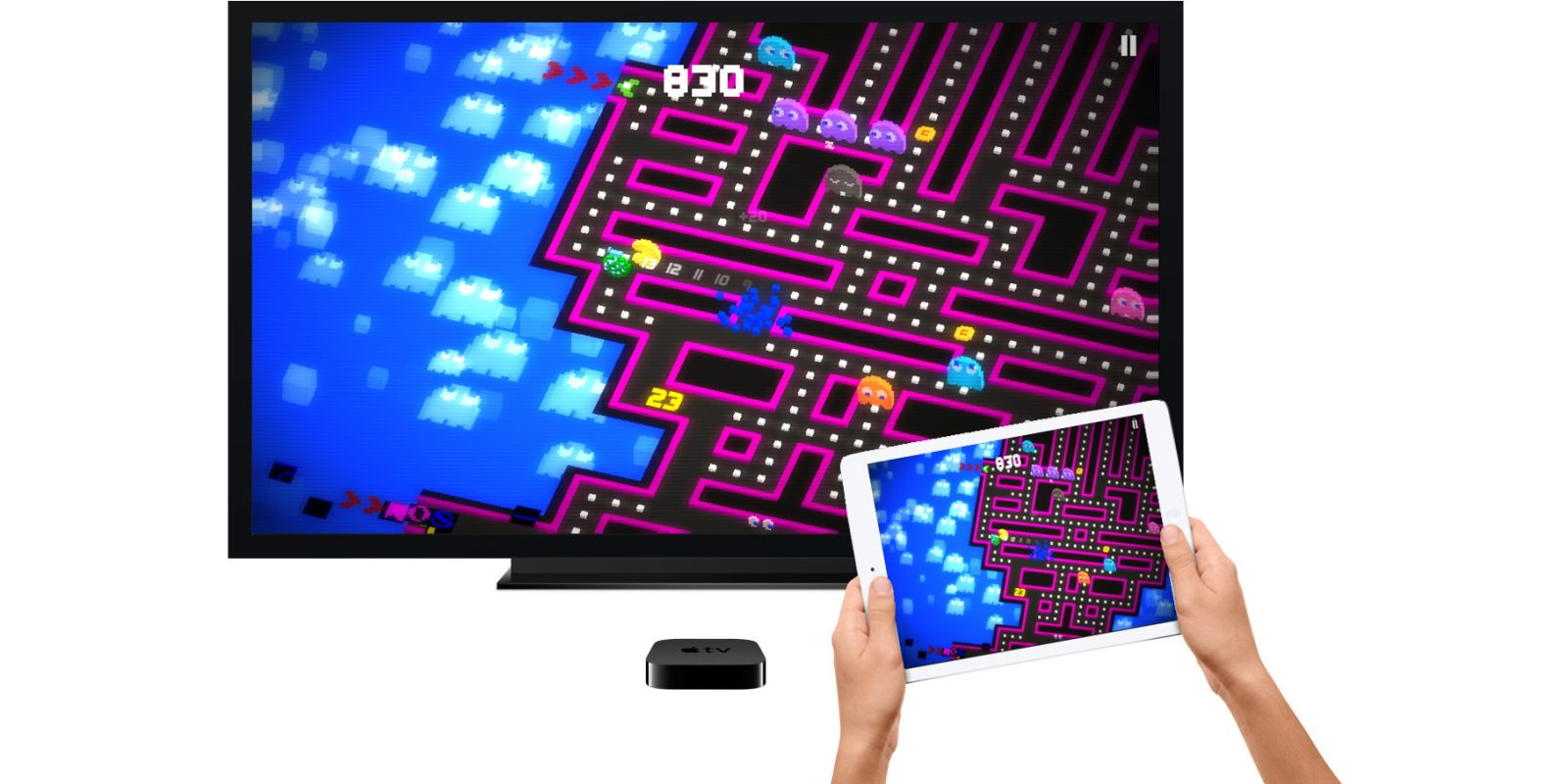 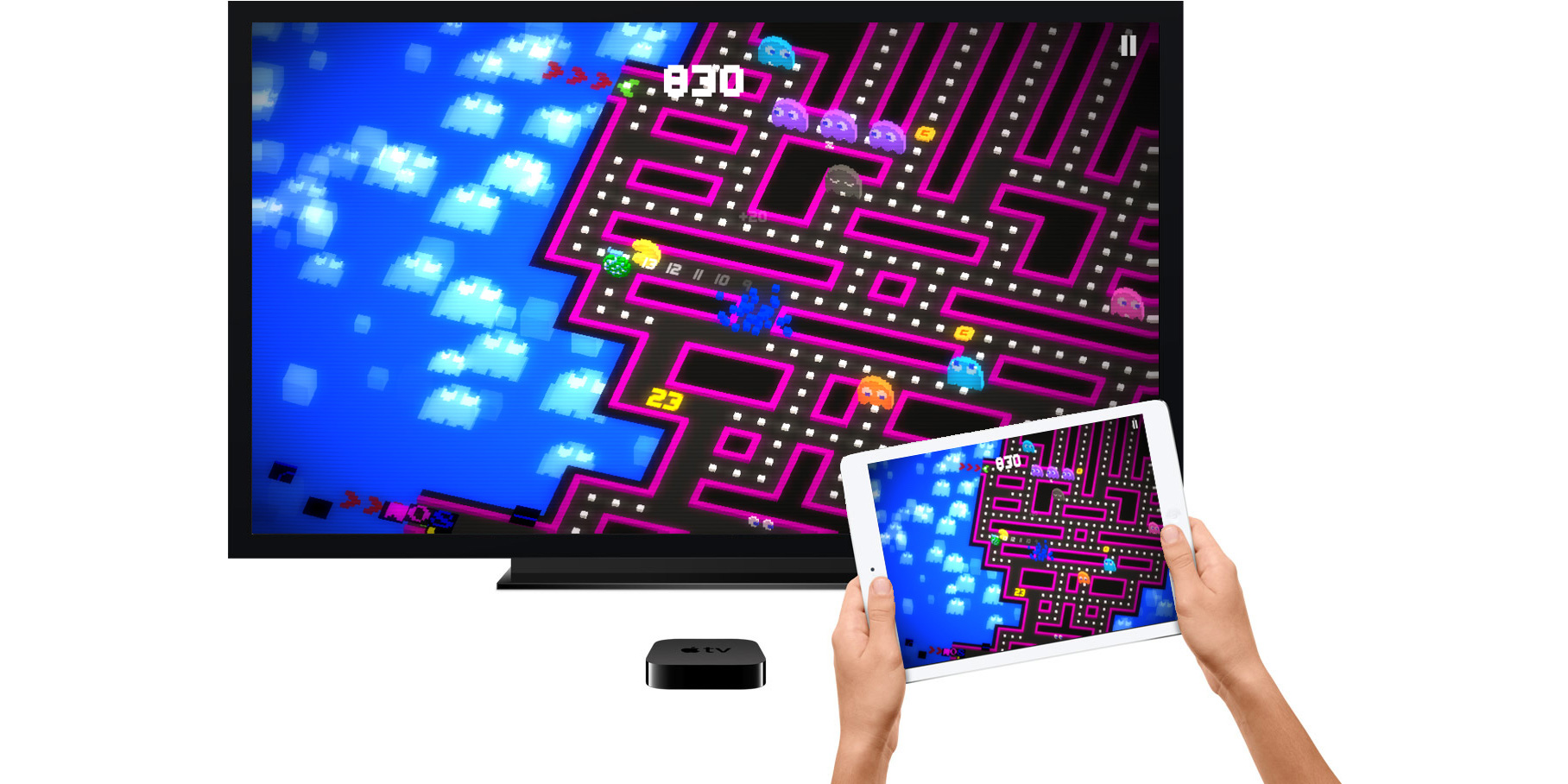 I’m a daily Apple TV user, and that fact apparently puts me in the minority: even when the Apple TV’s price dropped to nearly iPod shuffle levels, it didn’t take off like Apple’s iPads or iPhones. From what I’ve gathered, many people think the little black box can’t do much. And it’s amazing to me that most people can’t describe what the Apple TV can do, even though it’s been available for years.

Adding an App Store to the Apple TV — a place to download games, new channels, and apps — has seemed for years like a no-brainer for everyone… except Apple. Blame the hardware, the software, or protracted negotiations with potential partners, but after years of waiting, it just hasn’t happened. Calling this a missed opportunity would be an understatement: video games alone generate tens of billions of dollars of revenue annually, and well over half of them are now sold digitally. Thankfully, 9to5Mac’s Mark Gurman reports, Apple will finally bring both iOS 9 and an App Store to the Apple TV this year.

The big question on my mind is how Apple plans to monetize the new Apple TV, particularly given its potential as a gaming console. Prior-generation Apple TVs failed to thrive at $99 (or even $69) price points, which is the same range where Amazon Fire TV, Roku, Ouya and others have struggled to match the market share of PlayStations, Wiis, and Xboxes. Moreover, Apple’s customers have shown little interest in paying ridiculous prices for iOS game controllers, so the hardware upside appears to be somewhat limited for Apple. There is, of course, a logical solution: Apple should accept the lessons it has learned about Apple TV and game accessory pricing, compensating for relatively low hardware profits by selling massive quantities of affordable software…

END_OF_DOCUMENT_TOKEN_TO_BE_REPLACED 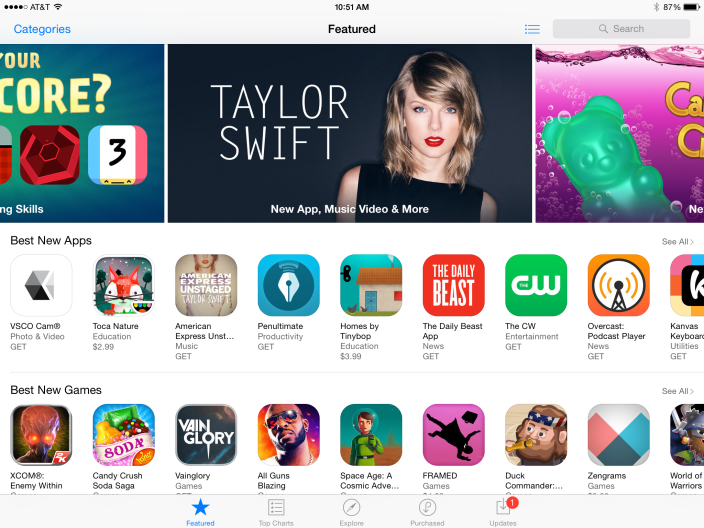 Apple has introduced a small but interesting tweak to the way it markets apps on the App Store. As you can see in the screenshot above, non-paid apps are now presented with the word ‘GET’ rather than ‘FREE’. While the reason for the change in how Apple is presenting non-paid apps isn’t clear, it’s likely due to the popularity of ‘freemium’ apps and in-app purchases, something that has been the source of controversy for Apple in the past… END_OF_DOCUMENT_TOKEN_TO_BE_REPLACED

Hands-on: Stadia for Android TV is a quirky but suitable replacement for Chromecast Ultra

Italy’s Antitrust and Competition Authority says it is investigating “freemium” apps offered in Apple’s App Store along with similar stores operated by Google and Amazon, saying that customers could be misled by the “free” label, as reported by the Wall Street Journal.

According to the regulatory group, users who download these apps for free could believe that the game is completely free and not know when downloading the app how much it will actually cost.

If Apple is found to have misled customers, the company could be fined as much as €5 million. It’s not likely to put a big dent in Apple’s cash reserve, but the Italian antitrust committee has previously convinced Apple to change its policy regarding AppleCare marketing. 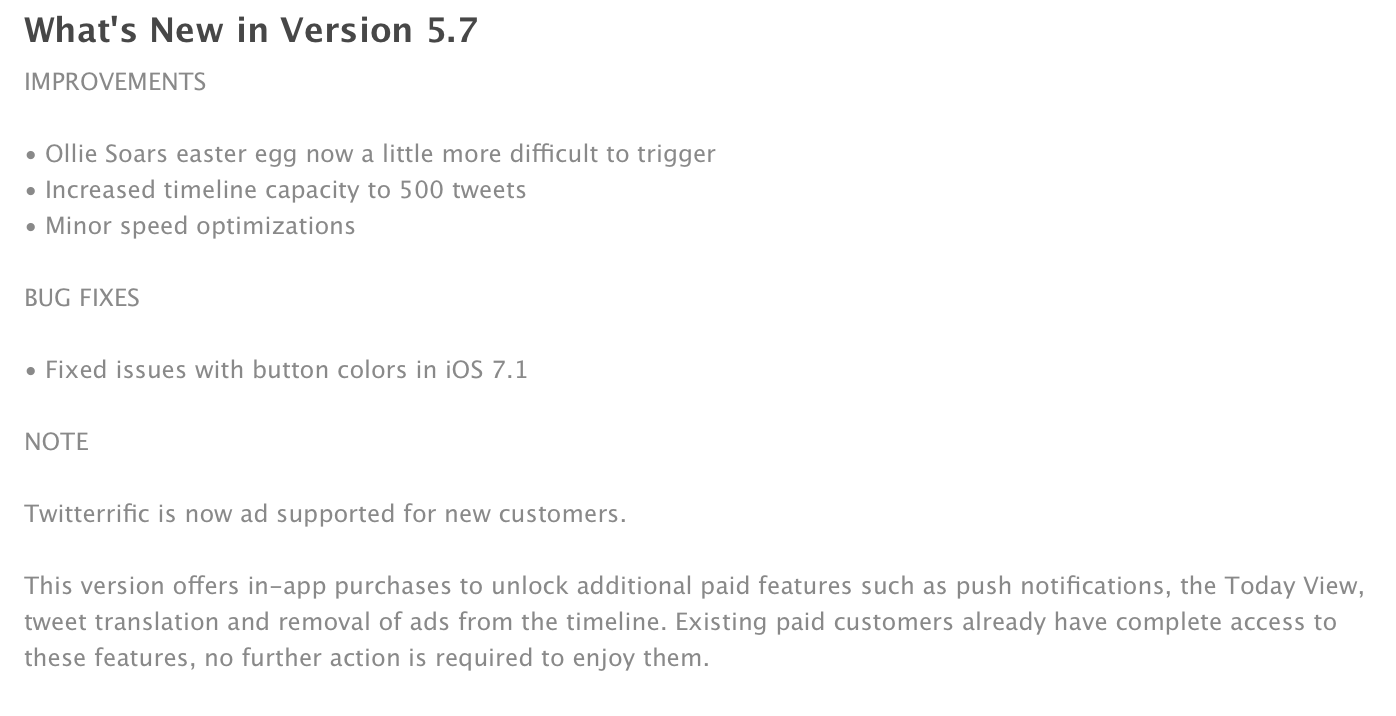 END_OF_DOCUMENT_TOKEN_TO_BE_REPLACED

Madden NFL 25, EA Sports’ football simulation game that started life on the PC way back in 1989 and is now best-known as an XBox and Playstation game, today launched as a freemium iOS game for both iPhone and iPad. This iOS iteration of the famous football game promises to be more reflective of a console gaming experience, unlike the now retired Madden Social. EA has even included an exclusive head-to-head gameplay mode in this mobile version.

As we’ve learned in the past, many ‘freemium’ apps come with gaming caveats that can be confusing and frustrating as a gamer, but hopefully that isn’t that case here. In Madden 25, gamers will need to either earn coins to improve the player roster or simply cough up the cash to buy better players.

Perhaps most importantly, EA has improved the touch controls for Madden 25. The previously used virtual D-pad has been replaced by “intuitive tap & swipe controls.” Many of the player actions and moves can be executed using just one hand. This style of on-screen control may be the best way to game on iOS until we have a full-fledged hardware controller.

Madden 25 is exclusively available on iOS until later this fall when it will hit Android. For the biggest football fans, you can pickup a copy of Madden 25 for your favorite gaming console bundled with a year of NFL Sunday ticket for just $100. That’s up to a savings of $400.

An experience 25 years in the making! EA SPORTS delivers the most authentic NFL football experience to date on iPhone® and iPad® with MADDEN NFL 25. Build your Ultimate Team of NFL stars and run the show on offense and defense with new and improved touch controls, game modes and much more!

BUILD YOUR ULTIMATE TEAM Collect your favorite NFL players from packs or win them in the Auction House, then dominate the field against friends by building your ultimate powerhouse team.

AUTHENTIC NFL ACTION Madden NFL lets you choose from 32 REAL NFL teams and a roster of more than 1,500 REAL NFL players! Battle it out in true-to-life NFL stadiums, too. Ultra-sharp graphics make gameplay even more realistic. Feel the impact of every game-changing tackle with hard-hitting collision effects!