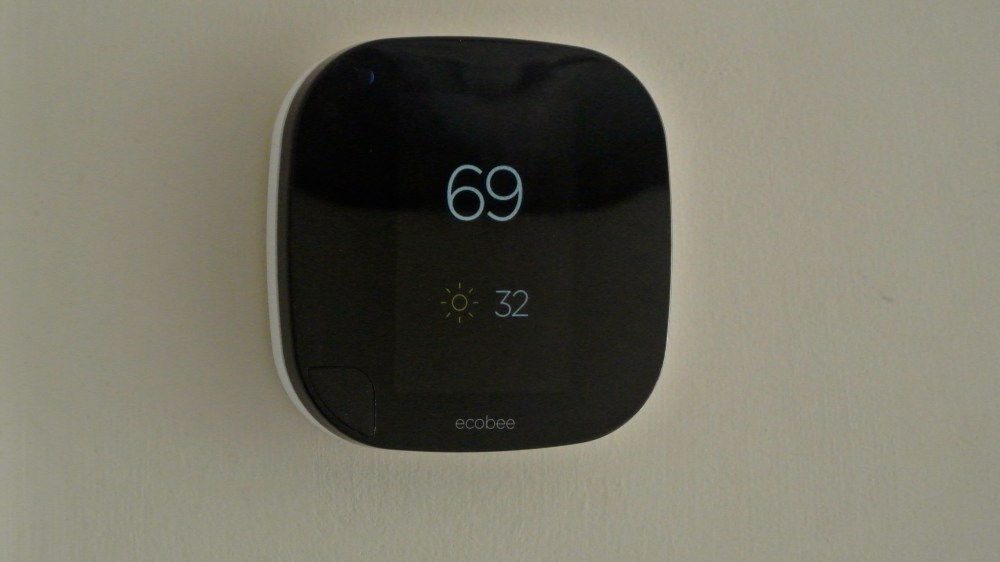 A smart thermostat that you can control from your iPhone is nice, but if you’re a fan of Siri then HomeKit-compatibly is a must. The ecobee3 Wi-Fi thermostat can be controlled using Siri on your iPhone, iPad, or Apple Watch, and it uses remote sensors to determine temperature and presence around your home to be smarter about automating your HVAC system. Overall, the thermostat itself is rather slick and the software experience behind it holds up well. If you’re curious about HomeKit and in the market for a smart thermostat, the ecobee3 just might be the best option yet …

END_OF_DOCUMENT_TOKEN_TO_BE_REPLACED

Honeywell’s new Lyric Round thermostat originally announced back at CES in January and until now up for preorder only is today officially on sale and in-stock for all.

Honeywell has today announced the second-generation version of the Honeywell Lyric thermostat. The first version (currently discounted ahead of the new hardware) was labelled with HomeKit advertising in various places, but that support never materialized. Honeywell has clarified that interested customers will have to buy the new $249 hardware to use the Lyric with HomeKit, currently available for preorder from the Honeywell website.

If you don’t want to wait, check out the ecobee3 system. You can buy a comprehensive thermostat and remote sensor smart home system with full HomeKit support through ecobee today.

Want to know everything humans have sent to space? Ask Supercluster’s Astronaut Database

Tado smart thermostat gets IFTTT channel and API, can now control other devices

Tado, the smart thermostat system I reviewed back in 2013, now has an IFTTT channel and an API, allowing it to control other home automation devices.

Tado° users will soon be able to connect their tado° Smart Thermostat to other appliances via IFTTT. This will enable the use of the tado° geolocation feature for purposes other than smart heating or cooling. In the very near future, when a tado° user leaves the house, not only will the heating automatically go to savings mode, but simultaneously the lights switch off, the alarm system activates, the garage door locks and landline calls reroute to their mobile.

The company says that the API will allow developers to integrate Tado into other home automation apps. The company is also working on HomeKit support.

IFTTT introduced three simplified apps last month to make the service more accessible to non-technical users, while rebranding its full-fat app as IF.

Although Apple continues to offer the Nest Learning Thermostat and Nest Protect despite Google’s acquisition of the smart device company, the iPhone maker has added a competing Wi-Fi-connected smart thermostat to the lineup. Apple has recently added the Ecobee3 smart Wi-Fi thermostat to the Connected Home section of its online store. The smart thermostat, which can be controlled with an iPhone or iPad, is available for $249.95.