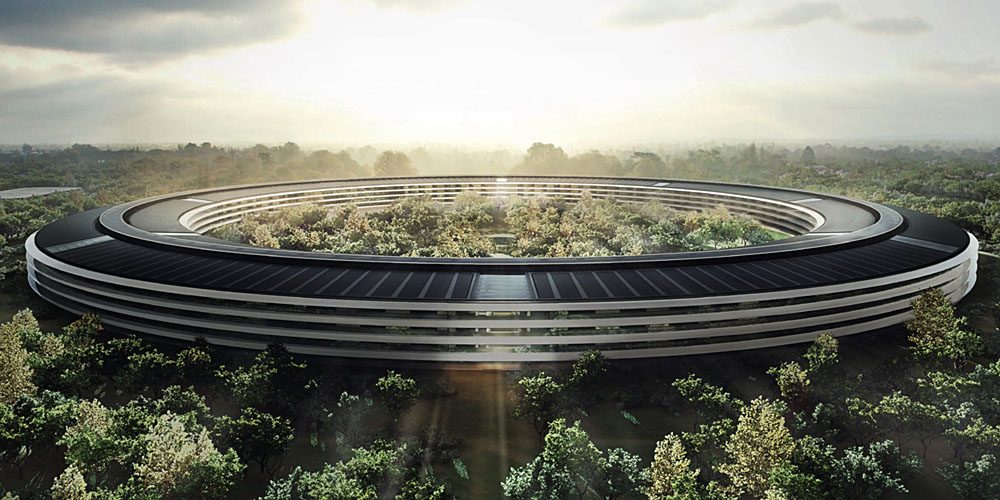 Apple had rather a controversial year in terms of product launches. Its two new flagship products – the iPhone 7 and the new MacBook Pro – got most attention not for what they included, but rather what they left out.

Most of the press coverage of the iPhone 7 focused on the company’s decision to omit the 3.5mm headphone socket. This was despite the fact that the move had been so long rumored that I suspect Apple deliberately leaked its plans in order to give everyone time to get used to the idea.

With the year’s MacBook Pro, the headline new feature of the Touch Bar was largely over-shadowed by the company’s decision to go all-in on the relatively new USB-C standard, omitting all other ports bar (ironically) the headphone socket …

There were many pointed comments that Apple’s idea of innovation this year appeared to be simply taking things away from users – things that many relied upon.

But, I would argue, it is a form of innovation to declare that technology is moving on from older standards. As I wrote before, personally I’m very glad that Apple chose to omit USB-A ports in favor of a set of four USB-C ones. You can buy replacement cables for Lightning, microUSB and miniUSB, so in most cases no dongles are needed. If you do need them for devices with non-removable cables, they are cheap enough that you can buy one per device and leave them permanently connected.

What we get in return is a laptop that will remain current for very much longer, and which drops what was always a horrible standard (a cable that could only be inserted one way up but whose up/down orientation was never particularly obvious, and which never fully lived up to the ‘universal’ part of its claim) for a small, neat, reversible one capable of very much more.

And it seems that giving people time to get used to the idea helps. When we first ran a poll in early November, views were very split. While going all-in on USB-C was considered more positive than negative, it was a very close-run thing. But a fresh poll last week found the majority describing the transition as no big deal.

Similarly with the decision to remove the headphone socket from the iPhone 7, most owners seemed to pretty quickly get used to the idea. It’s worth remembering that the vast majority of iPhone owners never use anything other than the EarPods that come with the phone – and they simply use the supplied Lightning ones now. The minority that want something better have no shortage of options when it comes to wireless headphones, with a few other Lightning models available also.

But what of more positive forms of innovation?

We should insert here the usual observation: that much as some may look back on the Steve Jobs days with rose-tinted glasses, Apple has never been a company that has introduced new product categories on an annual basis. Nor did it invent any of the product categories it successfully revolutionised.

The iPod was launched in 2001. It wasn’t the first portable mp3 player, but it was definitely the best. The iPhone wasn’t launched until six years later, in 2007. Again, it wasn’t the first smartphone, but it was the first to be pitched specifically at a mass-market audience, rather than the techies who used the stylus-driven ones. We then had to wait a further four years, until 2010, for the next product category: the iPad. That, too, wasn’t the first tablet, but it turned something clunky and heavy into something friendly and lightweight.

So it isn’t reasonable to complain that Apple isn’t inventing things, nor that it hasn’t revolutionised anything this year.

It would, though, be reasonable to observe that the iPhone 7 was more like an iPhone 6ss. Certainly design-wise, the new phone looked very much like the old phone – and that disappointed many, who had grown used to seeing a new look every other year. But if it’s a new look you were after, Apple did at least offer the option of two new colors – even if both of them were black.

And there were some worthwhile under-the-hood improvements. IP67 waterproofing may not have been a particularly sexy new feature, but it is one likely to save quite a few iPhones from a premature death. The brighter display with a P3 color gamut was also a reasonably big deal.

The iPhone is the world’s most popular camera, and the one in the iPhone 7 got some decent upgrades. A new sensor, a wider aperture (for better low-light performance), optical image stabilization in the smaller model as well as larger, wider color capture, quad-LED flash and body- as well as -face-detection for easier focusing.

We also shouldn’t forget the iPhone SE. Granted this is also an old design, it’s both a size and a look that many of us very much prefer – and benefits from the features and performance of a much newer phone. So while it may seem odd to give Apple credit for innovation by effectively updating an older device, it was, at the very least, a smart move.

So Apple’s scorecard here would probably be a ‘could try harder’ rather than a ‘not even trying.’

My first impressions of the 2016 MacBook Pro were to be somewhat disappointed. I liked the USB-C ports, Touch ID, super-fast SSD and the more portable form-factor. I was so-so about the Touch Bar.

But much as I didn’t expect to love it, it turned out that I do. It’s beautiful. Even the 15-inch model is extremely portable (so much so that my Air has been relegated to backup duties). Touch ID is great. The Touch Bar is more useful than it initially seemed, and will grow more useful.

The screen quality is just jaw-droppingly good, both in color reproduction and brightness. I wasn’t massively impressed by the original Retina screens, but this one is utterly fantastic. ‘Better display’ may not sound like a headline feature, but in real-life use it makes more difference than a dozen gimmicks.

The keyboard, too, has completely converted me. I hated the first-generation butterfly keyboard on the 12-inch MacBook, but the new MacBook Pro keyboard is my new favorite keyboard, combining the sleekness of a short-travel one with the positive feel and clickiness of a mechanical keyboard. Supplemented by the huge trackpad, with almost one-to-one screen mapping, it’s just a joy to use.

So I’d again argue that this comes down to definitions of innovation. Most of the MacBook Pro changes aren’t exciting – they were either overdue, like Touch ID, or obvious next steps, like the sleeker form-factor. But they are definitely worthwhile, and in a mature market like laptops, it’s probably not reasonable to expect more.

The one area where Apple does appear to have dropped the ball is battery-life. While some of us are seeing 7-8 hours, which is not unreasonable in an area where all manufacturers present misleading numbers, many are seeing less than half Apple’s claimed 10 hours. We need to see whether this was a bad decision by Apple or something it will be able to fix in software.

If Apple can resolve the battery-life issue, I’d give the company a solid ‘great work, keep it coming’; if it can’t, then I’d have to downgrade to a ‘mixed performance – some impressive work, but needs to knuckle down more on the engineering side.’

On the iPad front, the 9.7-inch iPad Pro was again an evolutionary one. In many respects, it wasn’t a huge improvement on the iPad Air 2, and we’d again struggle to find headline-worthy features.

But, as with the MacBook Pro, there were small-sounding enhancements that actually make a big difference in use. For outdoor use in particular, the increased brightness and greatly-reduced reflectivity of the screen has been something I’ve really appreciated.

Indoors, the wider color gamut makes a huge difference, really bringing photos to life, and the True Tone matching of color temperature is one of those ‘Steve Jobs’ features: nobody would ever ask for it in a focus group, but once you have it, you wouldn’t want to be without it.

The much louder speakers really make a difference when using the iPad as a Netflix device – probably one of its most common uses at home. And while I may have been guilty of poking fun at those who use iPads as cameras, it is a remarkably capable one thanks to that 12MP still camera and 4K camcorder.

And while I may personally have no use for the Apple Pencil, there’s no doubt that support for this would be enough in itself to justify the upgrade from the Air 2 for many.

I’d give the company a ‘solid performance, but keep working hard’ here.

Then there was the Apple Watch Series 2. Again, no dramatic headline news here – no on-board cellular functionality or slimmer design – but I’d argue that the new features introduced do dramatically improve the usability of the Watch.

Waterproofing is a big one for anyone who loves to swim or even just run or cycle in the rain. It turns it from something you may think twice about wearing to a device you can wear in all weathers and all forms of exercise without worrying.

Similarly, having built-in GPS makes the Watch much more useful as a fitness device without having to carry your iPhone with you. And the improved brightness is another small change that makes a big difference in real-life use.

Apple just managed to sneak under the 2016 wire with its own wireless headphones, AirPods. Once again, Apple has far from first at launching fully-wireless in-ear headphones, but again seems to have made a better job of it than the competition.

They may not offer the greatest sound-quality in the world, but the general view seems to be that Apple has produced the most practical fully-wireless earphones – albeit with room for improvement.

Finally, I’d give the company a ‘must try harder’ on the iCloud side of things. There are too many outages, many of them only admitted to long after the fact, and too much flakiness. The Apple ecosystem is one of the company’s greatest strengths, but iCloud is the glue that binds it all together, and that glue definitely needs some work.

In terms of goals for 2017, I’d hope that the promise of a spectacular iPhone 8 is realized, and also urge the company to get hard to work on a Mac Pro update worthy of the name.

So that’s my report card for Apple in 2016. What did you think of its performance? What do you see as its highs and lows? As ever, please let us know in the comments.