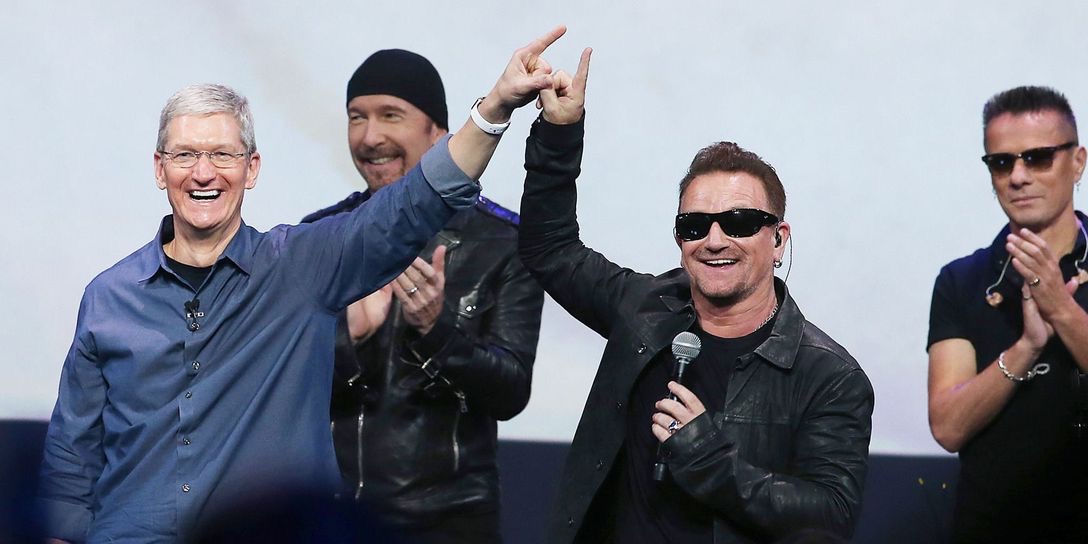 Today, September 9th marks the fifth anniversary since Apple Watch and Apple Pay were unveiled. It also happens to be the anniversary of when Apple loaded U2’s album Songs of Innocence onto all of its users iTunes accounts before releasing a tool a week later to let frustrated customers remove it (and of course, Tim Cook and Bono’s finger tap). Follow along for a look at how Apple’s payment platform and market-leading wearable have evolved over the years and where they’re heading next.

The September iPhone event in 2014 is when Apple Pay was first announced. It didn’t launch right alongside the iPhone 6 and 6 Plus that month but rolled out in October starting in the US. The event also saw Tim Cook use Jobs’ famous “One more thing…” line to introduce Apple Watch to the world. That was an early look at the wearable as Apple Watch didn’t land on customers’ wrists until spring 2015.

Let’s take a look at the evolution of these important Apple products over the last five years and also what we can expect going forward. 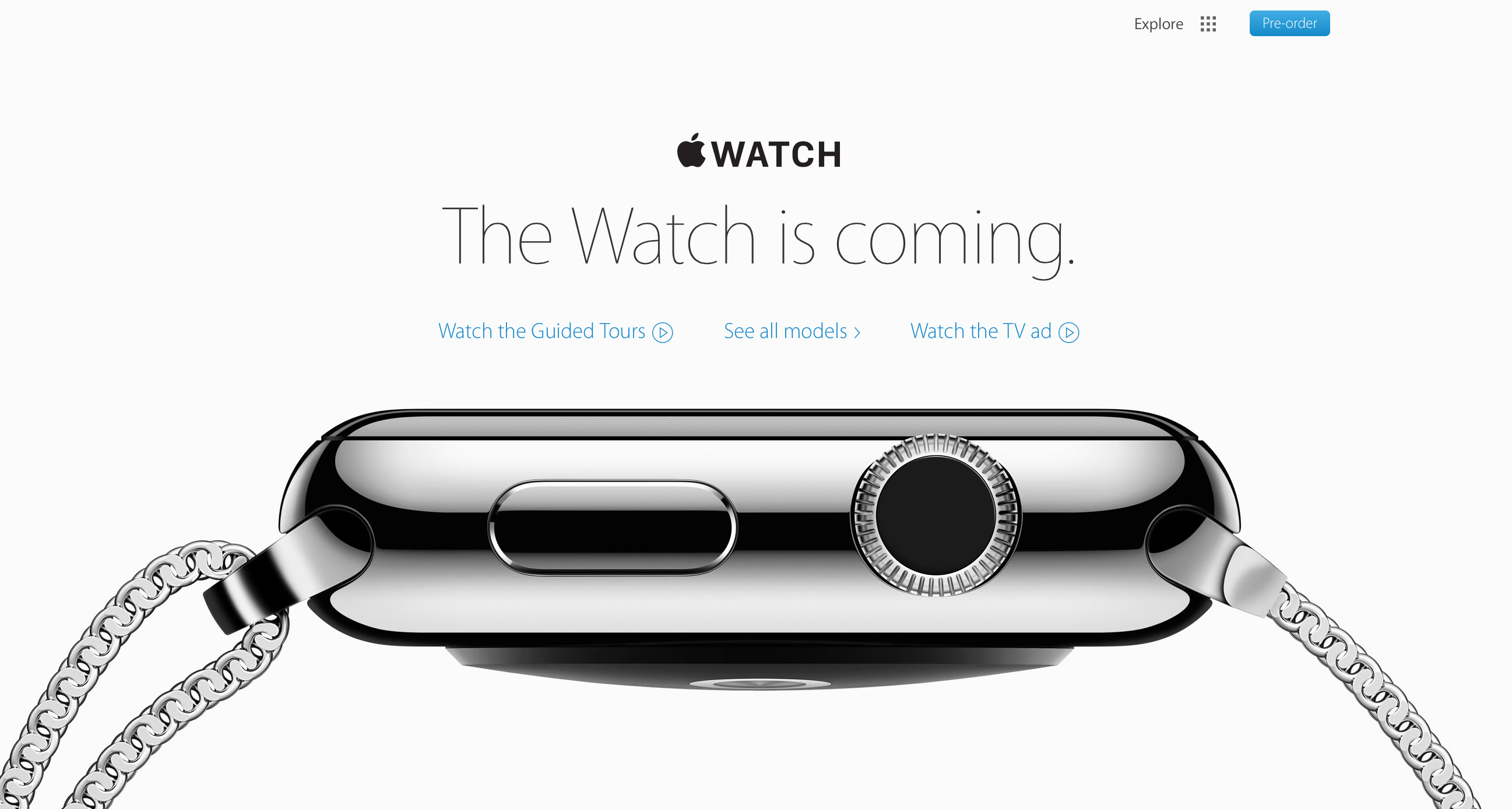 While the Series 0 was an impressive first wearable from Apple overall, many were eager for faster performance to improve on what could often be a sluggish experience and new features like built-in GPS, a swimproof design, and more.

The first Apple Watch only offered GPS features when the wearable was connnected to iPhone. It also featured just an IPX7 rating for water-resistance, giving users up to 30 minutes at 1 meter of depth.

Series 1 and Series 2 arrived about a year and a half later in September 2016 and included notable changes that saw Apple grow its share of the wearables market. Series 1 replaced the 1st generation model in the lineup and included the improved S1P processor for faster performance and lowered the price of the base 38mm version to $269, encourging more customers to try out the wearable.

Arriving alongside Series 1, Series 2 came with the dual-core S2 processor for even better performance and brought built-in GPS connectivity for walks and runs without a connected iPhone. Another differentiator was a 1000 nits brightness for Series 2 compared to 450 nits for Series 1.

The other major improvement was a swimproof design that offered users water-resistance up to 50m and a new swim tracking option in the watchOS Workout app. Series 2 also saw Apple ditch its 18K gold Apple Watch Edition series and offer the ceramic and Nike+ Apple Watches.

September 2017 brought the launch of Series 3 and Apple Watch became more independent and functional with LTE models for the first time. GPS + Cellular models gave users the ability to make phone calls and use watchOS apps that use data while away from iPhone, like listening to Apple Music directly from the wearable. 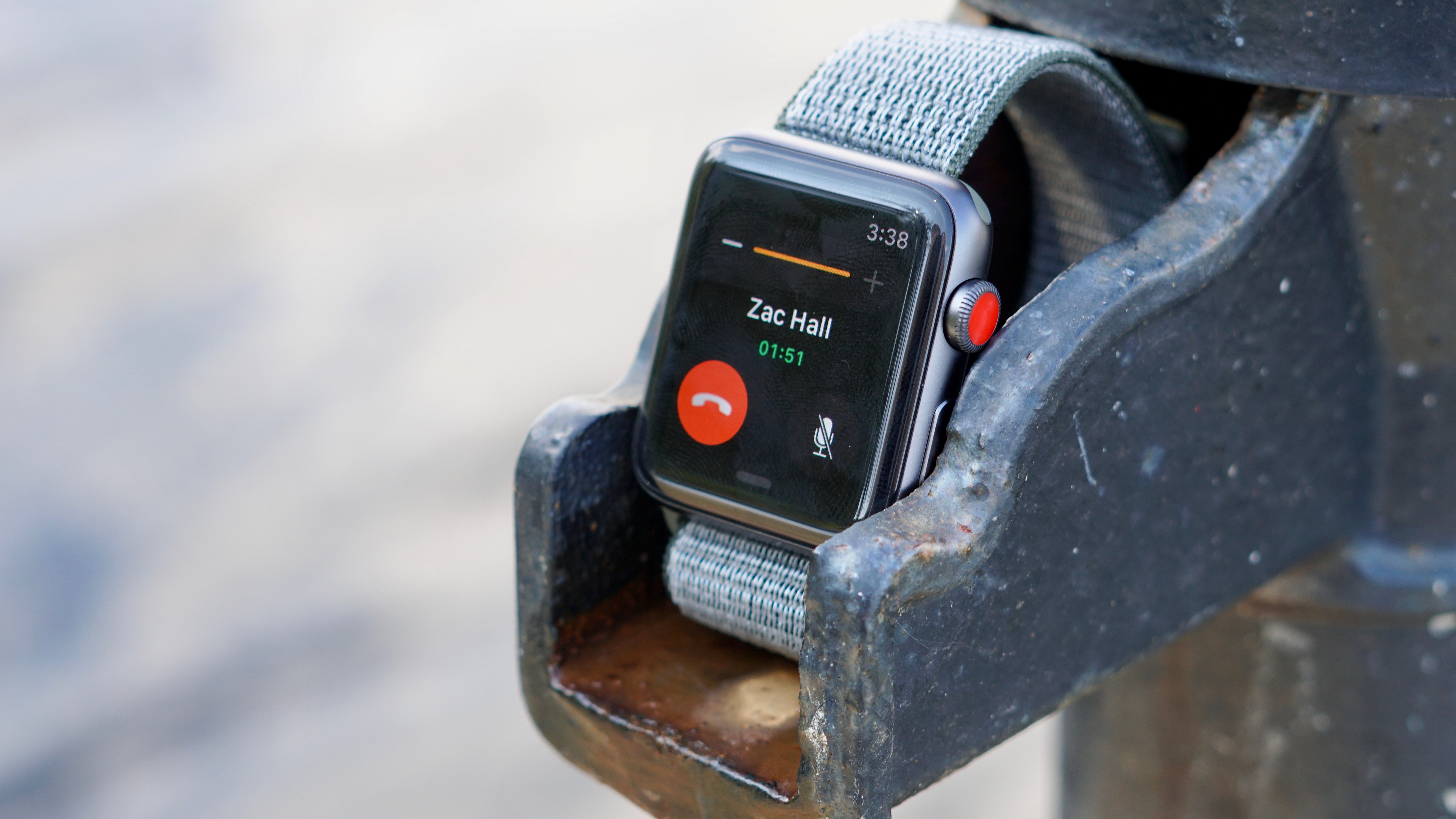 Series 3 also bumped the internal storage from 8GB to 16GB to allow users to save more content on their wearables like Apple Music songs and more. One other feature that landed with Series 3 was a built-in barometric altimiter to offer data on elevation gain and flights climbed without the need for a connected iPhone.

After three years with more or less the same design, Apple Watch Series 4 brough the first major changes to the wearables hardware. Arriving in September 2018, Series 4 came with a 30% larger display with rounded corners and a thinner body.

Other notable new features included haptic feedback coming to the Digital Crown, a 50% louder speaker, and a new electrical heart rate sensor with ECG functionality that landed a few months after the watch shipped. 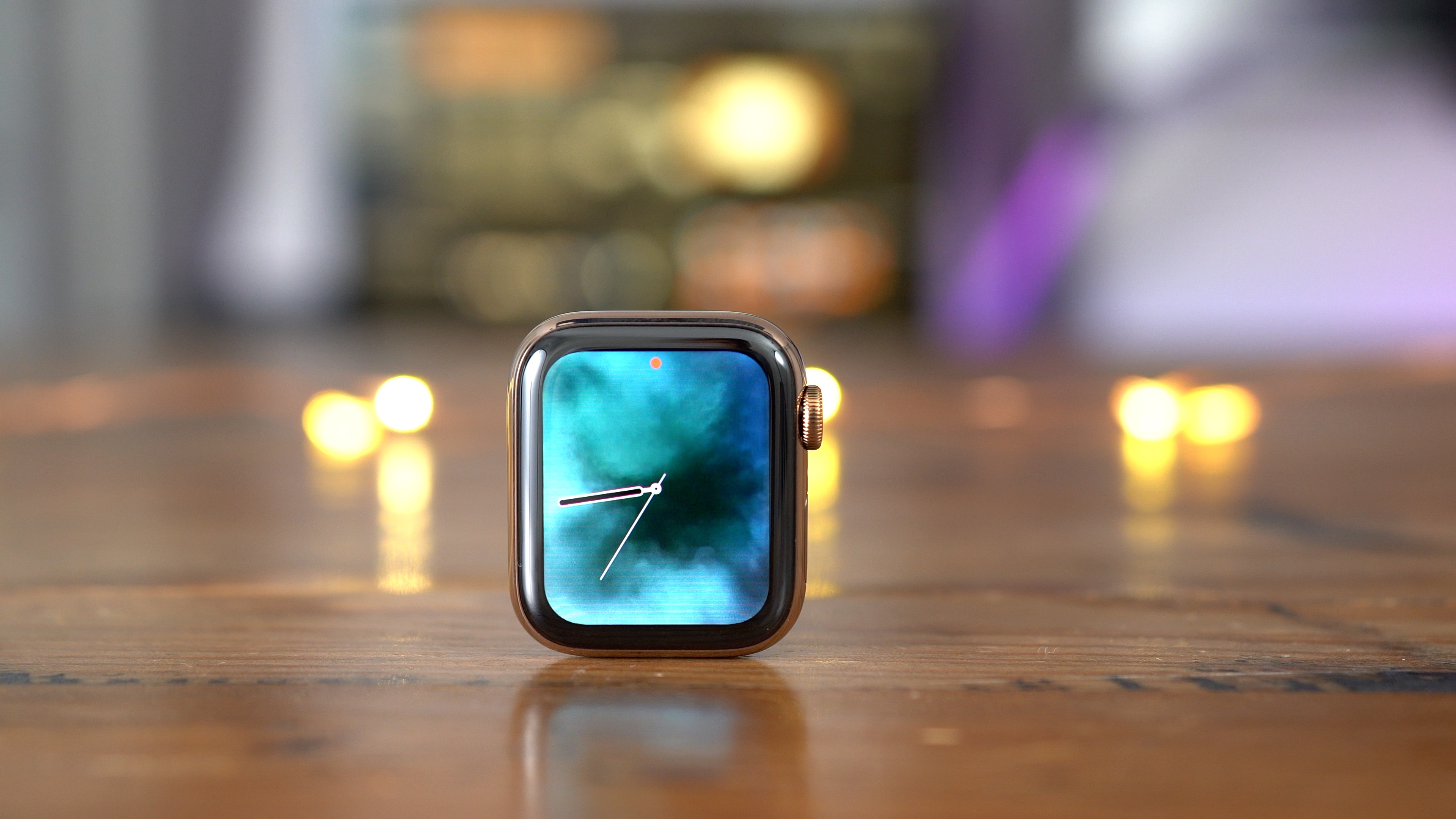 New watch faces arrived to give users more customization options with watchOS 5 and Series 4 also saw an upgrade to Bluetooth 5.0. According to Strategy Analytics, Apple Watch accounted for half of all smartwatch sales in 2018 with 22.5 million shipments.

After a developer beta this summer, watchOS 6 is close to being released to the public as the latest software for Apple Watch. There aren’t many major new features that come with this update, but there are a few notable changes.

Speaking of the Apple Watch becoming more independent, watchOS 6 brings a dedicated on-device App Store to Apple’s wearable. This will allow users to browse, search, and download apps right from their wrists. 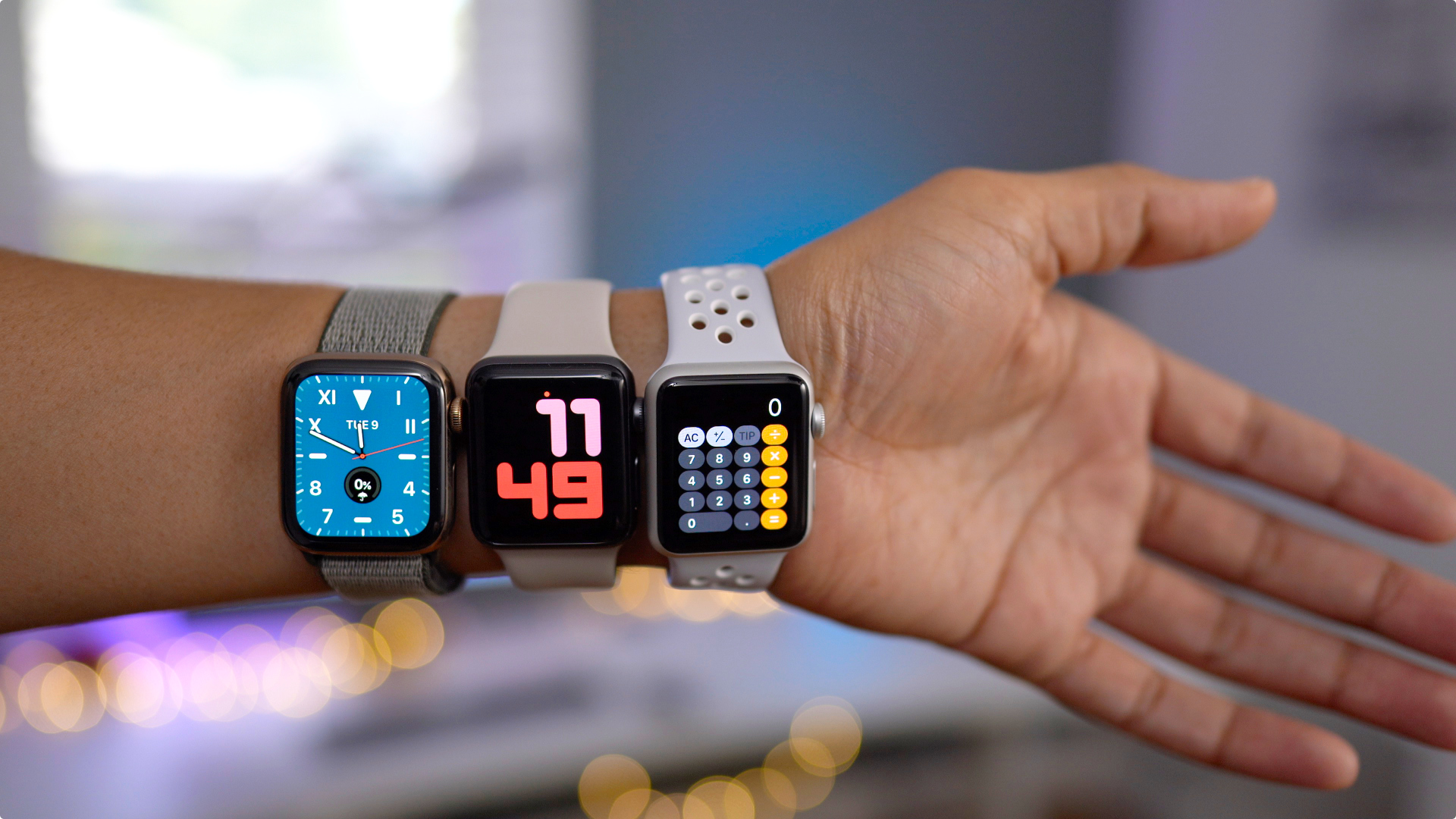 A new streaming audio API is available to developers and will allow apps like Spotify or Overcast to stream over a LTE connection when users are away from their iPhone.

As for new Apple Watch hardware, we may not get Series 5 this year. Signs are pointing to updated Series 4 options with new ceramic and titanium cases.

While Apple doesn’t breakdown Apple Watch sales figures, it’s Wearables revenue (which includes Apple Watch, AirPods, and more) is now at $16 billion a year and growing rapidly. Analysts expect the Wearables category to overtake both iPad and Mac revenue by as soon as next year.

After being announced at the same September event as Apple Watch, Apple’s secure and convenient payment platform launched to US users in October of 2014. Now it’s available in over 47 markets with thousands of supported banks.

After iPhone, iPad and Apple Watch suport, Apple Pay expanded to the Mac in 2016 with the MacBook Pro that was the first Apple notebook to feature Touch ID.

Apple Pay expanded in a big way with Apple Pay Cash (now called Apple Cash) its peer to peer payment solution using Apple Pay in iMessage. That rolled out to users with iOS 11.2 in late 2017.

Even though Apple has a lot of competition from Venmo, Paypal, and Square Cash, Apple Cash offers a seamless way to send, request, and receive money from other Apple users via iPhone, iPad, and Apple Watch.

Apple has been working with colleges and universities over the past years to bring student ID support to Apple Wallet. Just this fall, we saw twelve more campuses adopt the functionality and Apple said that over 100,000 students can now take advantage of the support. 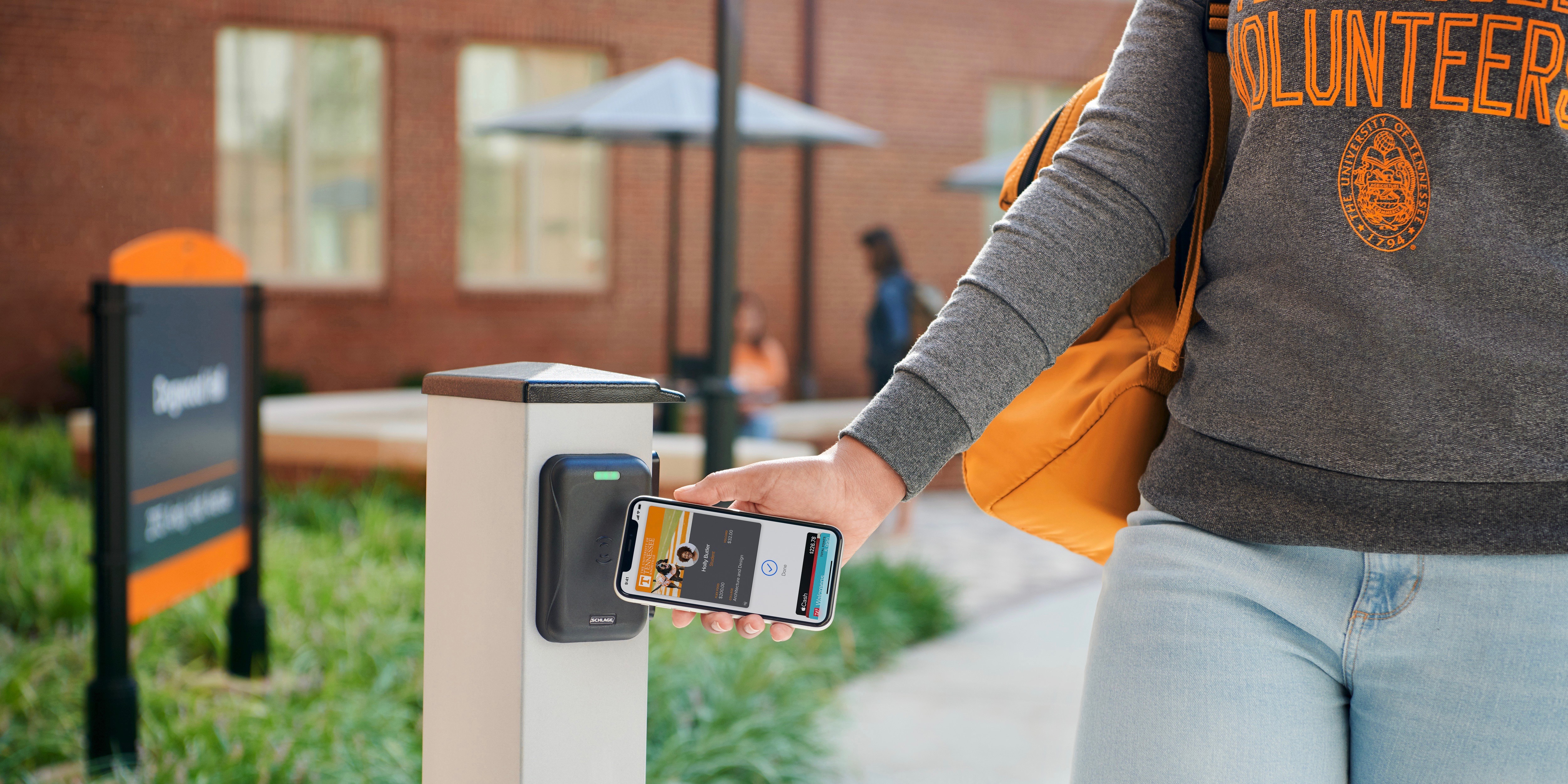 Another way Apple has expanded the use of Apple Pay is with Express Transit support. The functionality is live in Portland, New York City, Miami, and more, with London is said to be gaining support before to long.

Apple Card represents a huge move for the company as it expands its Services and Apple Pay efforts. The initial announcment back in March of this year garnered a lot of attention and speculation. Even though the digital first credit card from Apple (with optional Titanium physical card) has only been available to the public for a short time, analysts are already calling it a hit, with consumer awareness “remarkably high.” However, others have concerns about the long-term profitability for Apple’s partner bank Goldman Sachs. 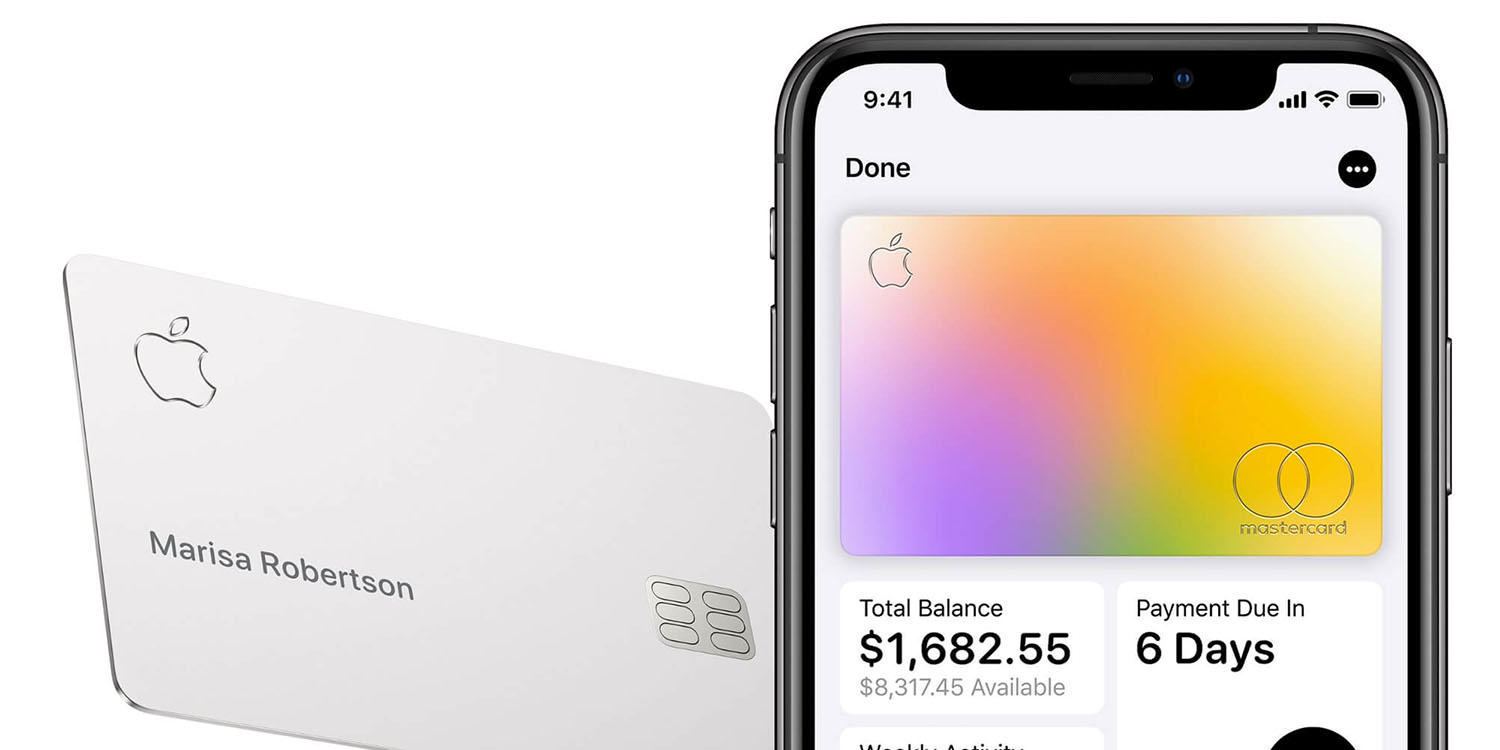 Apple has long done Apple Pay promotions with a variety of merchants and that will likely continue as we head into the holiday season. It’s also probable that we’ll see some special cashback deals with Apple Card as it works to promote the product and increase adoption. We got our first taste of an extra Daily Cash reward with Apple Card when it launched to the public with a surprise 3% cashback for Uber and Uber Eats.

As for Apple Pay use, Tim Cook said on the company’s recent earnings call that its platform’s volume and user growth is outpacing Paypal’s with over 1 billion Apple Pay transactions per month.