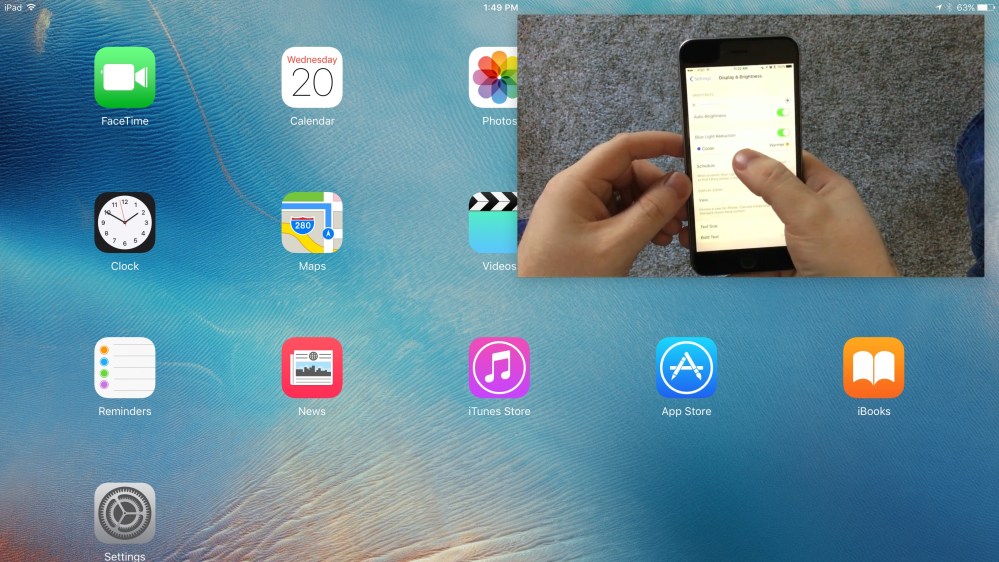 END_OF_DOCUMENT_TOKEN_TO_BE_REPLACED

Back in May of last year, Google started enforcing a policy that requires Chrome extensions be hosted on its Chrome Web Store, but only on Windows. The goal was to prevent malware hidden in extensions installable from outside its store, and it even started disabling extensions already installed on users’ systems that weren’t hosted on the Chrome Web Store. Now, Google says it will bring that requirement to Mac Chrome users over the coming months, as well as the Chrome developer channel for Windows that wasn’t previously enforcing the policy: END_OF_DOCUMENT_TOKEN_TO_BE_REPLACED 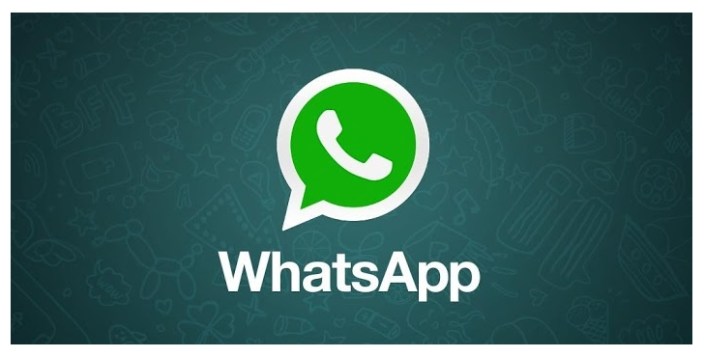 Facebook is out with a useful update to its Messenger app for iPhone and iPad today adding an action extension for sharing content from other apps on iOS 8. This adds the ability to have deep Facebook Messenger integration with other apps including Safari and Photos just like Apple’s own Messages app.

Once enabled, you can do things like share images and videos from the Photos app or links from Safari directly to your contacts on Facebook Messenger without having to jump back and forth between apps. Facebook Messenger version 22.0 is rolling out now on the App Store. 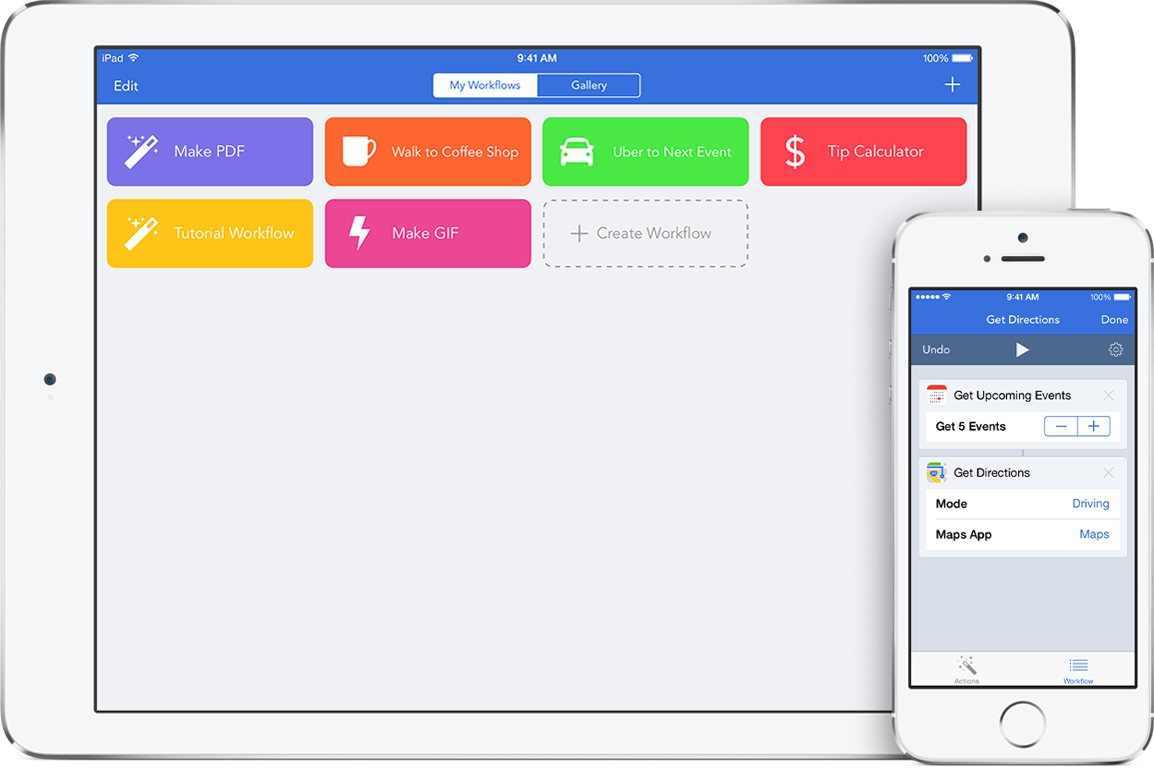 Leveraging the power of iOS 8 extensions and new system customization options, Workflow debuted on the iPhone and iPad last year bringing a powerful automation app to users. Today the team behind Workflow is releasing version 1.1, which adds support for over 5o new actions in addition to including new features and updating some existing actions. Check out the latest from Workflow for iOS below: END_OF_DOCUMENT_TOKEN_TO_BE_REPLACED

Google today updated its Google+ app for iPhone and iPad adding support for the higher resolution screens on the iPhone 6 and 6 Plus.

Other features in version 4.8.0 include the ability to “vote on polls from people and brands” and an option to share to Google+ through an iOS 8 extension (pictured right).

The updated Google+ app for iPhone and iPad is available on the App Store now.

A full changelog is below: 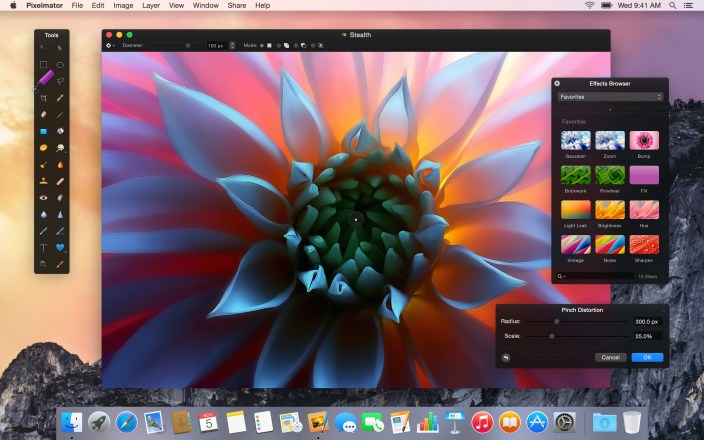 END_OF_DOCUMENT_TOKEN_TO_BE_REPLACED

Google announced today that it’s releasing a new Chrome extension called Application Launcher for Drive that allows users to open files directly from its Google Drive service in compatible apps on a Mac or PC. The extension adds an “Open With” option that will let users launch files in apps like, for example, Mac OS X’s Preview app or third-party editing apps like those from Adobe and Microsoft.

Fantastical for iPhone and iPad, the alternative calendar and Reminders app from Flexibits, received a major feature update today for iOS 8 users. If you’re unfamiliar with Fantastical, the ability to turn text input like “Dinner with Tim tomorrow night at 7pm” into a calendar appointment without fiddling with menus and dials is it’s killer feature.

Fantastical for iPhone received an update last month which optimized the user interface for iPhone 6 and iPhone 6 Plus users, and today’s new version adds a Today view widget in Notification Center, an app extension for use in other apps, and interactive notifications for responding to alerts without even opening the app. Check out the new features in the latest version of Fantastical for iPhone and iPad below. END_OF_DOCUMENT_TOKEN_TO_BE_REPLACED

With iOS 8 launching yesterday and the iPhone 6 and iPhone 6 Plus hitting stores and delivering to customers tomorrow, a number of apps have already begun shipping updates to take advantage of the new screen sizes and software features. With several customers asking where the update for Fantastical 2 on iOS 8 was, Flexibits today shared in a blog post its plans for the iPhones 6 and new version of iOS.

The makers of the smart calendar app note that the current version of Fantastical 2 has already been released with iOS 8 support and that a version of Fantastical 2 optimized for the iPhone 6 and iPhone 6 Plus has today been submitted so users of the new device won’t have to wait long for the new version. More importantly, a version introducing a Notification Center widget and system extension will be “coming in the next few weeks.” As part of iOS 8’s new Extensibility features, developers can now create app extensions throughout the system for sharing information and performing actions without actually launching their apps.

What this means for users is that the familiar action or share button (the upward arrow in a box) will now contain way more options than ever before. Remember when Apple added Facebook and Twitter sharing, for example directly to Safari and Photos on iOS? Starting with iOS 8, Apple is allowing all app makers to create similar buttons for sharing and actions. An example of an action (like copy or add to Reading List) shared by Apple at WWDC was native language translation directly in Safari using Bing Translate. Extension support also includes photo filters allowing photo editing apps that provide filter extensions to work inside of the native Photos app.

A year after introducing Touch ID, the secure fingerprint scanner first introduced with the iPhone 5s, Apple is also now allowing apps to take advantage of Touch ID for the first time. Touch ID users can now authenticate log-ins and more in supported apps using the secure fingerprint scanner. Below we’ll tell you about the latest apps already taking advantage of extensions and Touch ID support for iOS 8.

END_OF_DOCUMENT_TOKEN_TO_BE_REPLACED

Cultured Code’s task management app Things has yet to receive an update on iPhone or iPad to fit in with Apple’s design direction introduced with iOS 7 as a major new version has long been in development, but it looks like users of Things will soon get a bit of relief in the form of an iOS 8 system extension.

A preview of the iOS 8 extension for Things has been added to the company’s status board for the app and shows text being copied and pasted from a website on Safari directly into a new entry on Things without leaving the web browser.