Even though nobody has gotten their hands on the new 12-inch MacBook released today, Apple has already gone ahead and released a new software update. The update focuses on bluetooth compatibility with third-party devices. Weighing in at 157.8 MB, it will be a relatively small update to download once configuring your new machine. 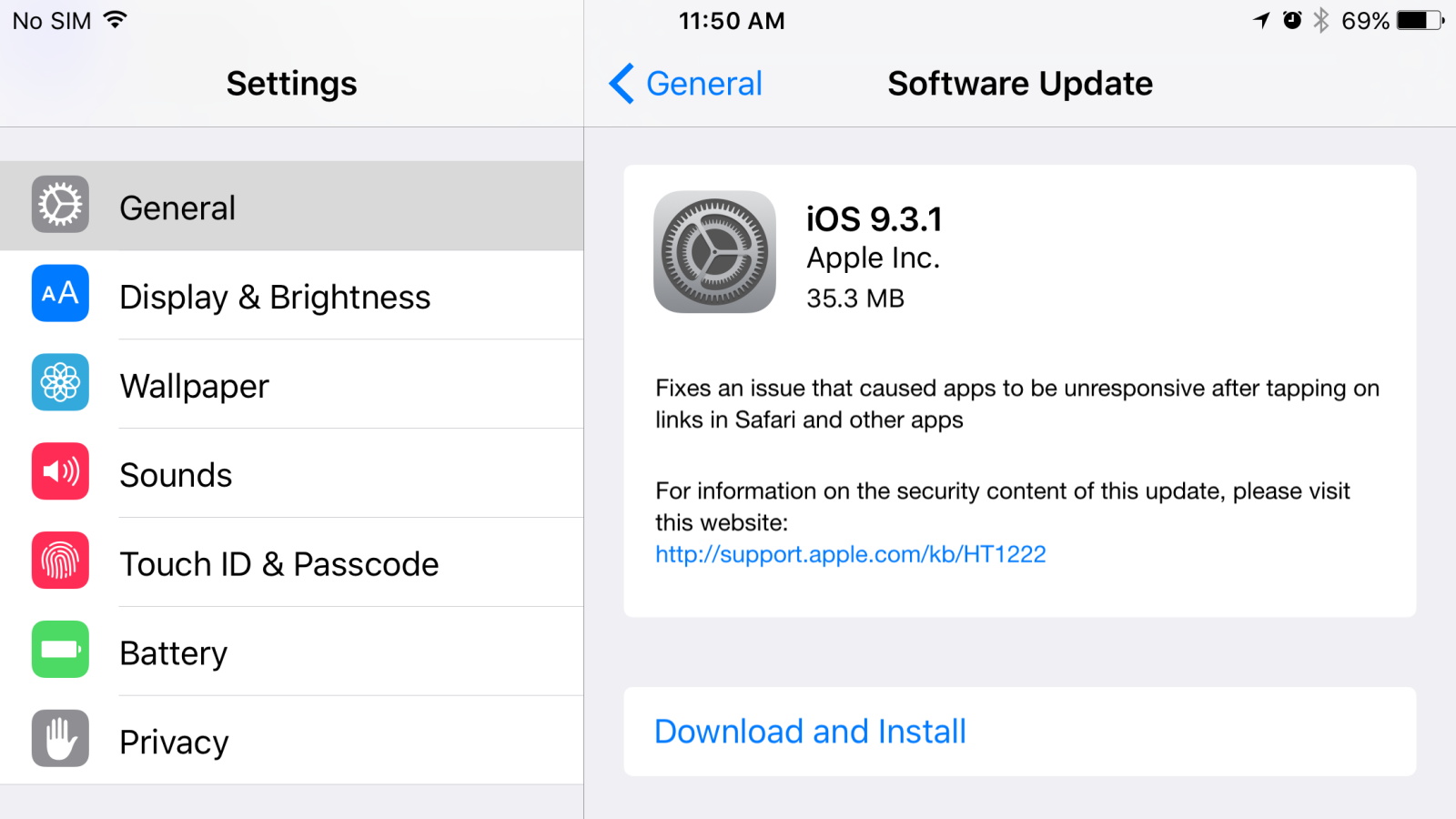 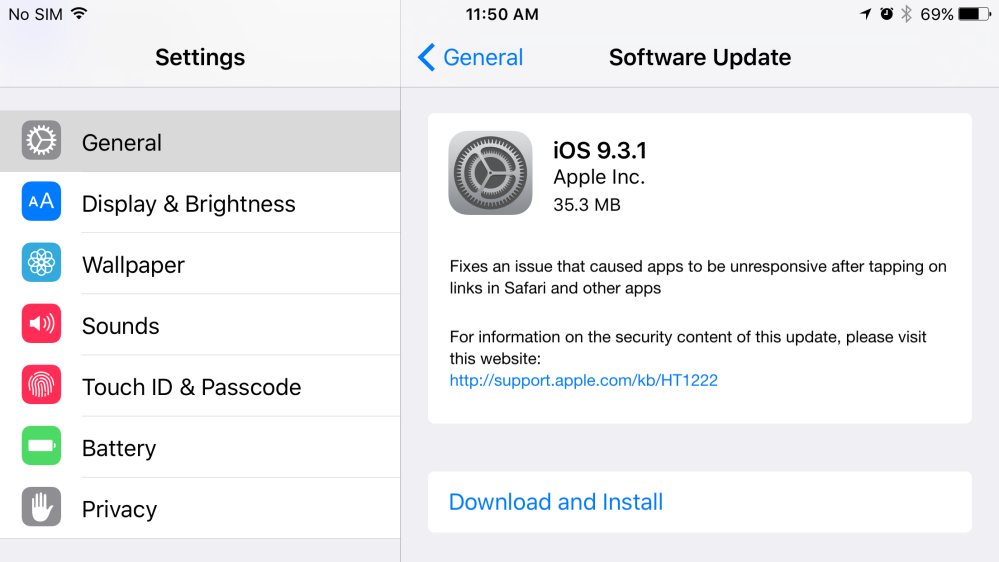 END_OF_DOCUMENT_TOKEN_TO_BE_REPLACED

Watch how Tesla Solar Roof and Powerwalls survived in a hurricane

The first beta build of OS X 10.9.4 was released at the end of last month, but so far there don’t seem to be any major new changes in the update. This is the first seed of Safari 6.1.5 that has been published, and it likely contains just a few bug fixes and improvements. This is also the first seed of OS X Server 3.2, which requires Mavericks 10.9.4 to install.

Registered Mac developers can get all of this software from the Mac Developer Center. None of these updates appear to be available to AppleSeed members yet. The Mavericks seed notes are below:

END_OF_DOCUMENT_TOKEN_TO_BE_REPLACED

In line with our reporting from yesterday and from September, Apple has provided Mac users with a pair of important updates. The company has released a new version of the previously released OS X 10.8.5. This new release is a “Supplemental Update” and provides bug fixes for MacBook Air FaceTime Cameras, USB, HDMI, and Bluetooth adapters:

END_OF_DOCUMENT_TOKEN_TO_BE_REPLACED Today, Apple has begun seeding new versions of OS X Mountain Lion, iTunes, Safari and Java to Apple employees. The new OS X build is version 10.8.5, and it is a supplemental update to the version that was publicly released last month. Last week, we noted that Apple was preparing this new version with bug fixes for MacBook Airs, USB, and HDMI, and today’s new seed is a higher build number (12F45 versus 12F42). This indicates that Apple is making progress on the release and that the launch is nearing for customers…

END_OF_DOCUMENT_TOKEN_TO_BE_REPLACED END_OF_DOCUMENT_TOKEN_TO_BE_REPLACED

This update fixes an issue that in rare instances may cause an intermittent loss in wireless connectivity, an issue with Adobe Photoshop which may cause occasional screen flickering, and an issue which may cause audio volume to fluctuate during video playback.

Last month, we reported that Apple started investigating reports of Wi-Fi issues on its new MacBook Air and some customers even received replacements.

Today, Apple has released software updates for the Mac version of iPhoto and for Aperture. The updates both focus on bug fixes and improvements.

Notably, both apps were given improvements and fixes for Photo Stream integration. iPhoto now has easier image deleting and exporting from Photo Stream, while Aperture has a bug fix related to Shared Photo Streams. Safari and Java were also updated with improved security (release notes below). Notably, the new update introduces controls to specify which websites can use Java – something that should help prevent malicious websites from exploiting the never-ending stream of Java exploits.

END_OF_DOCUMENT_TOKEN_TO_BE_REPLACED

Here’s every Google app getting an Android tablet UI, and what updates are live [U: Play…

When Apple first announced that it would replace its old 30-pin connectors with the new, smaller Lightning standard, it took quite sometime for accessory makers to get on board. Accessory manufacturers had trouble producing Lightning-compatible products until cracking a unique authentication chip Apple is using in the new standard. Apple wouldn’t authorize official Lightning products until months later, when Apple briefed accessory makers at its MFi summit in November. Today, in a story from The New York Times, major Apple accessory maker Mophie outlined how Apple is keeping tighter control over companies making products for iOS devices with Lightning. It also warned Apple could potentially disable unauthorized Lightning products with a software update:

When a hardware maker signs up with Apple’s MFi Program, for companies that make accessories for Apple products, it orders a Lightning connector component from Apple to use in designing the accessory. The connectors have serial numbers for each accessory maker, and they contain authentication chips that communicate with the phones. When the company submits its accessory to Apple for testing, Apple can recognize the serial number.

The chip inside the Lightning connector can be reverse engineered — copied by another company — but it probably would not work as well as one that came from Apple, Mr. Howe said. Apple could also theoretically issue software updates that would disable Lightning products that did not use its chips, he said.“That’s one thing Apple is good at: controlling the user experience from end to end,” Mr. Howe said. “If you’re buying something in an Apple store, it’s gone through all this rigorous testing.”

We told you about an iOS 6.1 lock screen bug earlier today that—although not extremely easy to accomplish—allows users to bypass the device’s passcode and view at least the phone application. Apple has confirmed now that it is working on a fix, and the company noted in a comment to AllThingsD that it “takes user security very seriously.”

Reached for comment, Apple said it is hard at work on a fix. “Apple takes user security very seriously” spokeswoman Trudy Muller told AllThingsD. “We are aware of this issue, and will deliver a fix in a future software update.”

Apple confirmed in a support document this morning that it is working to deliver a fix to the “continuous loop” Exchange server bug on iOS 6.1 devices, as well. Apple just released Safari 5.1.5 on its website and through Software Update, and it only contains a fix for a bug “that could affect website usability” when in 32-bit mode. The update follows a larger release earlier this month with Safari 5.1.4, which included a long list of Javascript, PDF, and HTML5 related security and performance improvements. In February, Apple rolled out Safari 5.2 for Lion to developers as part of the Mountain Lion preview. That release will likely be available to the public alongside Mountain Lion this summer.

END_OF_DOCUMENT_TOKEN_TO_BE_REPLACED

New iPad Wi-Fi issues seem to be software related, should be easy to patch

We mentioned earlier that some new iPad owners were reporting issues with Wi-Fi. The problem seems to affect all models of the new device with both users of the 4G LTE model and the Wi-Fi-only model experiencing poor Wi-Fi reception. Many forum posters compared Wi-Fi reception with their other iOS devices and MacBooks on the same network:

“My iPad 3rd generation has much worse range than my iPad 1. Two places I use it most My Driveway, and “down the hall at work” iPad 1 (iPhone 4s, and Macbook) all have solid connections. New iPad nothing. not a thing.”

One user reports only receiving good reception within six feet of a router while another claims to have had issues with four different third-generation iPads. The good news is that the fix is likely software related, as many in the forums pointed to temporary fixes like rebooting the device or toggling Wi-Fi on and off. OS X Daily confirmed resetting Wi-Fi and network settings seems to fix the issue for some and provided instructions. In 2010, the first generation iPad had Wi-Fi connectivity issues for some users and Apple eventually issued a software update to fix the problem, which is detailed in this support document. According to Apple, only “a very small number of iPad users” experienced the issue and that seems to be the case with the new iPad as well.

END_OF_DOCUMENT_TOKEN_TO_BE_REPLACED

Safari 5.1.4 contains improvements to performance, stability, compatibility, and security, including changes such as:  END_OF_DOCUMENT_TOKEN_TO_BE_REPLACED

The update resolves a rare issue that may cause the system to freeze during startup or intermittently stall during operation, and it improves compatibility with external displays.

Connect up that power cable and hit Software Update or head here if this affects you.   END_OF_DOCUMENT_TOKEN_TO_BE_REPLACED