Apple’s report card 2019: My take on all of Apple’s product launches this year 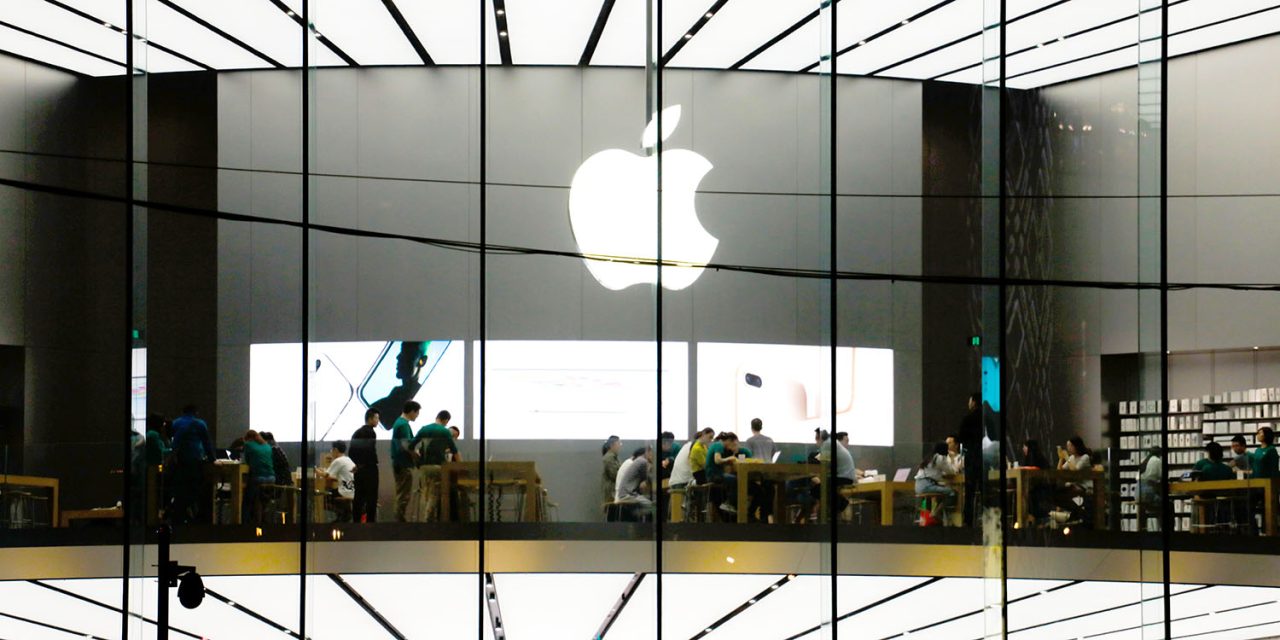 It’s coming up to the end of the year, and it’s time for me to write my take on Apple’s report card 2019.

Just as I’ve done for 2016, 2017 and 2018, I’m taking a look back at what the company has achieved during the year, focusing this year on its rather extensive number of product launches.

These started with a whimper – a new iPad mini which looked exactly like the old iPad mini – and ended with a bang, the release of the much-hyped all-new Mac Pro…

Entire articles could be written about this, and I’ve written a number of them, but there’s no doubt that the iPhone 11 has been an enormously successful one for Apple.

The addition of the ultra-wide-angle lens was one of those small features which makes a massive difference, and was enough to persuade many to upgrade.

With the base-model iPhone 11, Apple created a pretty compelling package of features and price for those who hadn’t been tempted by the iPhone XR. Indeed, so much so that I think there would be only three reasons to opt instead for the Pro models:

The iPad saw three launches this year: the iPad mini 5, the 10.5-inch iPad and the latest version of the entry-level iPad, with the screen size bumped up from 9.7 inches to 10.2 inches.

I’ve rather unkindly called the iPad mini 5 a whimper of a launch because, from a consumer perspective, it was about as unexciting as it gets. It had exactly the same form factor as its predecessor, and at $399, it was priced above the $329 9.7-inch model. 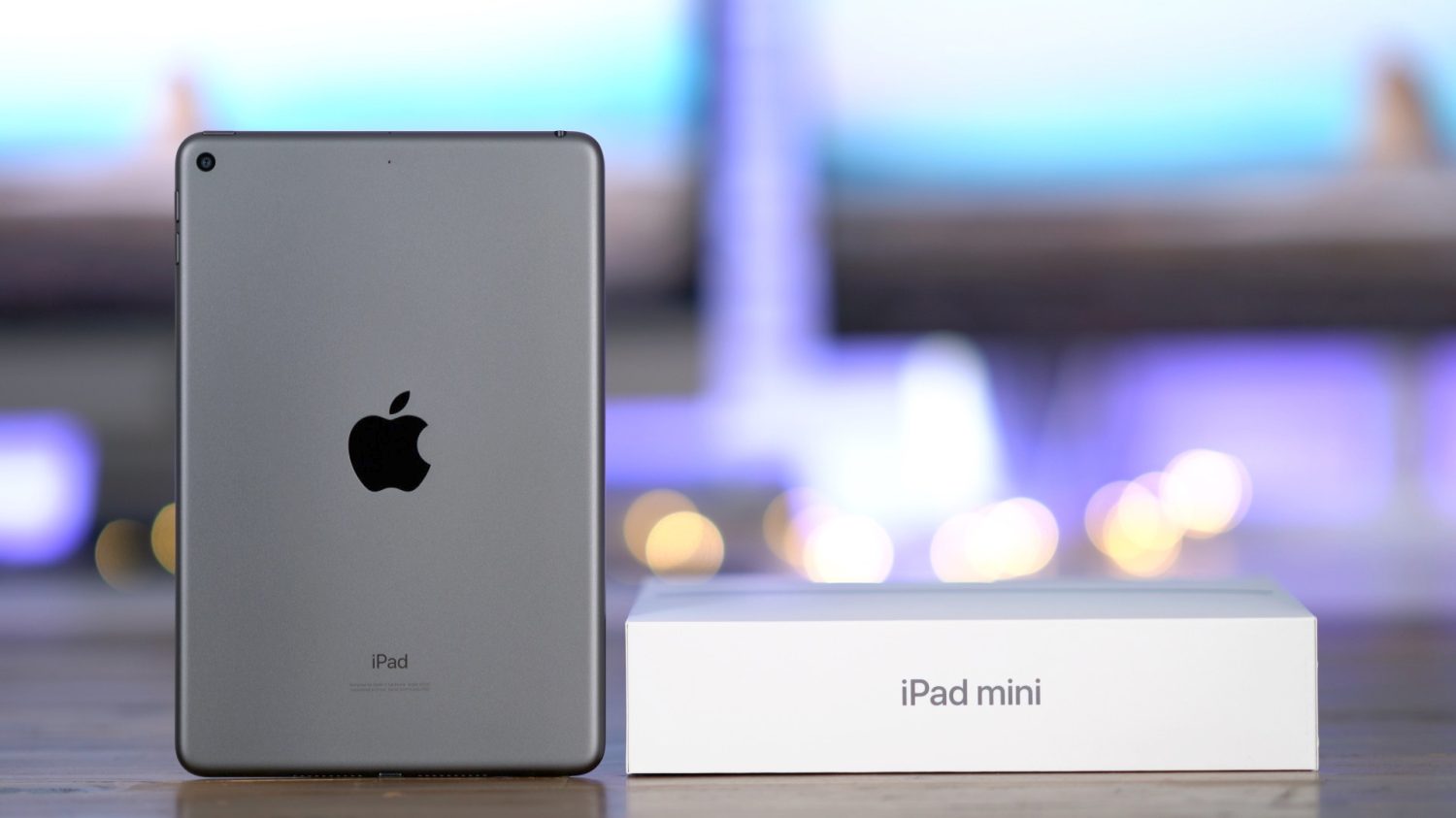 However, Apple did know exactly what it was doing. The primary market for the device was not consumers, but businesses. Popular uses include everything from waiting staff taking orders to auditors carrying out warehouse stock inventories. When you’re running dozens or hundreds of them, and have cases and charging docks designed to fit, then you want to be able to replace the devices without having to purchase new accessories.

And while the design remained unchanged, it was a pretty modern device inside. So while some of us had hoped for more, this was probably the right call. 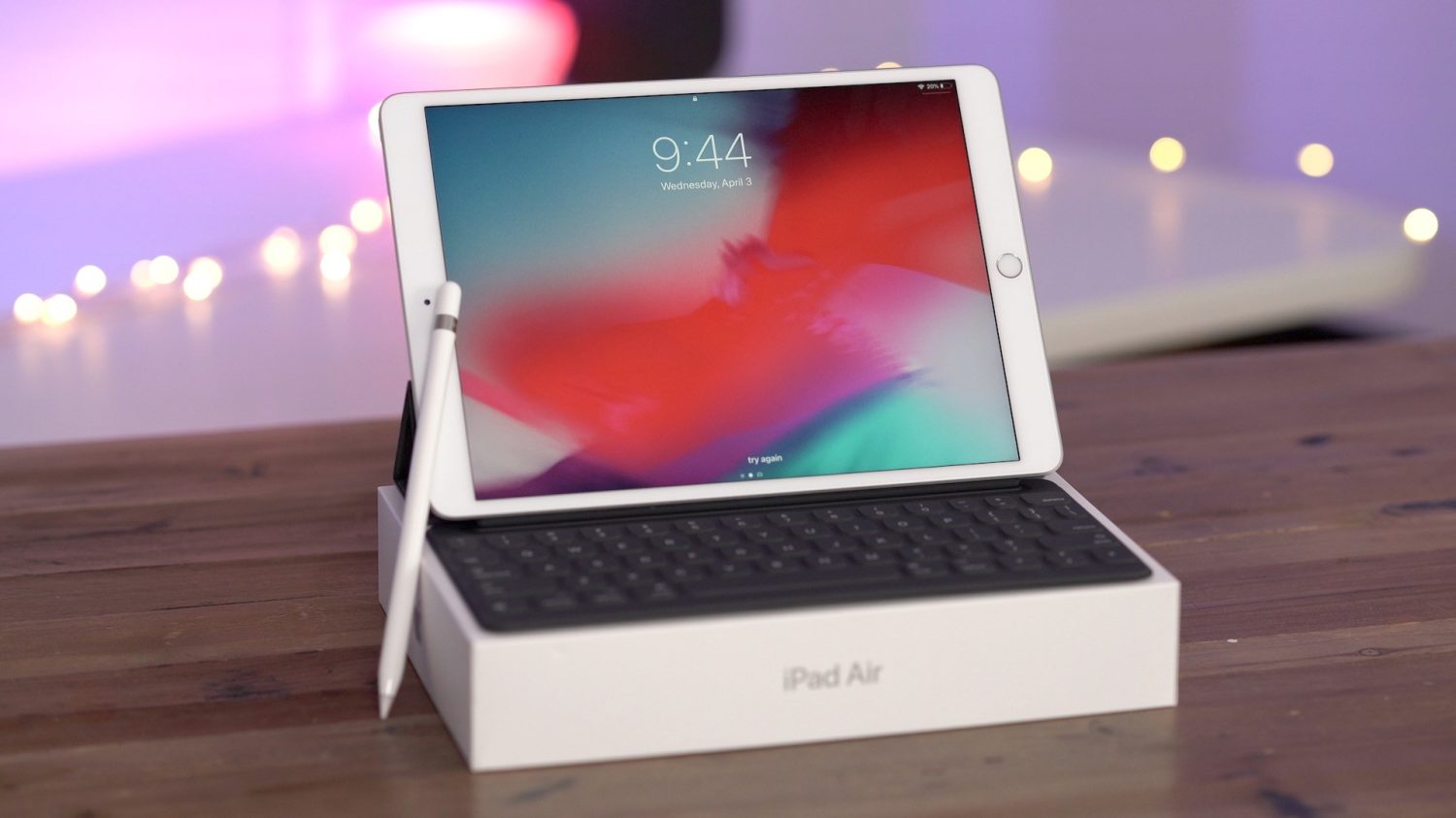 It got the screen size, the resolution, the P3 color gamut, the anti-reflective coating, the smart connector, Apple Pencil support… Indeed, virtually all it lacked from the pricier model was the ProMotion display and quad speakers. 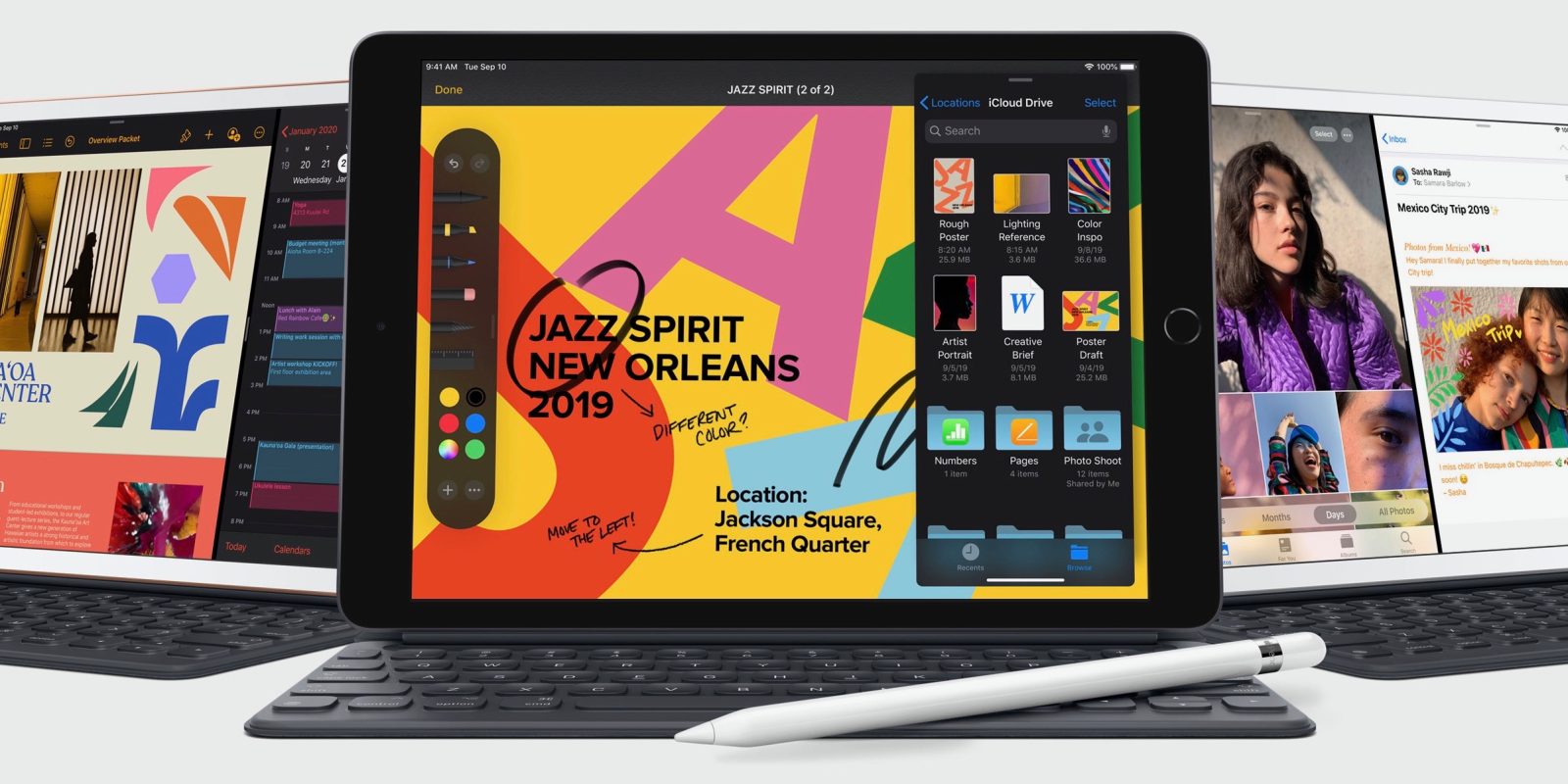 Finally, we got the new entry-level iPad, the 10.2-inch model replacing the old 9.7-inch one.

The 9.7-inch iPad was already tremendous value for money, and what I originally recommended as the default choice for people unless they had good reason to opt for a more expensive model, and this upgrade made it an even better option. Smart Keyboard support means it also makes for a decent laptop substitute for those with basic needs, though personally I’d always recommend a Brydge keyboard instead.

Plus iPadOS has made the iPad a much more realistic Mac alternative for many.

We saw some spec-bumps to various models, but there were three big launches this year: the new MacBook Air, the 16-inch MacBook Pro, and new modular Mac Pro.

The all-new MacBook Air replaced both the elderly (and frankly embarrassing) non-Retina 13-inch MacBook Air, and the 12-inch MacBook. Price-wise, you could call it a wash, the new starting price of $1099 making it $100 cheaper than the previous Air.

Its launch came as a relief to me even though I didn’t want one! I’d always pointed to a MacBook Air as the best-value Mac for most people, but was finding it increasingly difficult to recommend such an outdated machine. Apple solved that problem.

With a modern chipset and a Retina display, the new MacBook Air reclaimed its rightful place in the lineup: a great base machine for those with typical laptop needs. If you’re not sure which Mac you need, and there’s nothing to suggest you need anything out of the ordinary in terms of power, this is the one to get. 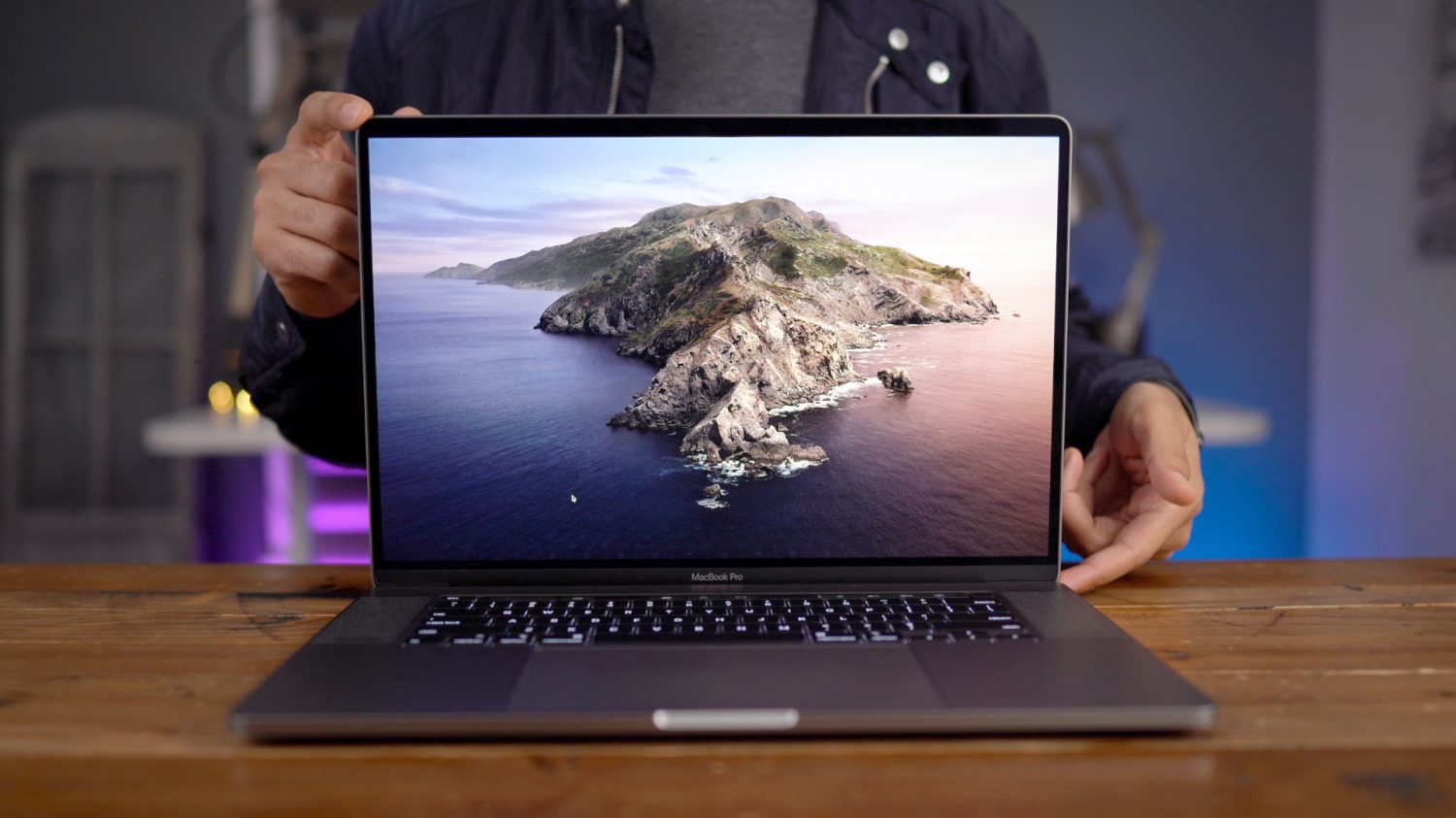 I’ve already written quite extensively about the 16-inch MacBook Pro from my own perspective and will have much more to say, I’m sure, after I took delivery of mine on Friday. A cynical perspective might be that this is the machine Apple should have launched back in 2016; a more generous one that Apple listened to pros and finally gave them the laptop they wanted.

As Jeff said in his review, it’s kind of weird to talk first about the keyboard, but the headline news is, rightly or wrongly, that the machine has finally returned to a scissor keyboard with greater comfort and – we all hope – far greater reliability.

The screen is slightly bigger and higher-res, and for the first time offers a choice of refresh rates – plus it can drive two of Apple’s Pro Display XDR monitors, making it an appealing option for pros who value the ability to take their Mac away from the office. Speakers are described as dramatically better. The microphones are clearly a big improvement, from the demos I’ve heard.

I’ll give a better verdict on the machine as I use it, but for now, it appears to be a very appealing combination of power and portability.

Finally, and just under the wire, Apple launched the all-new modular Mac Pro.

I could just copy-and-paste what I wrote about the MacBook Pro with minor changes: this is either the machine Apple should have launched in 2013, or the result of Apple listening carefully to high-end pros and designing the ultimate Mac for them.

It’s too early to judge how successful Apple has been, but the early hands-on impressions seem positive.

Apple’s report card 2019: Mac? Tricky, as we really don’t have enough feedback yet from early owners of the top-end model, but for now I’d say Apple appears to have delivered what its customers want at all three price-points: entry, middle, and top-end. Complaints aside about how long it took to get there, I’d have to say it’s looking to me like a provisional 9/10.

Apple also had a pretty busy year where its wearables are concerned. While I’m not a fan of AirPods personally, there’s no doubt that they have been a massively successful product for Apple, and both AirPods 2 – adding a wireless charging case – and AirPods Pro, which brought active noise cancellation to the lineup, have been two super-popular upgrades. Powerbeats Pro also provide an appealing alternative for sportier types.

The Apple Watch also got a notable upgrade with an always-on display and new titanium and ceramic casing options. None of it appealed to me personally, but always-on was a highly-requested feature, and the premium case materials definitely have their fans.

Finally, Apple was equally busy on the Services front. We had the launches of Apple News+, Apple Arcade, Apple TV+ and the Apple Card.

Apple News+ was the one damp squib. I wasn’t impressed myself, and don’t know anyone who enthuses about it. Some existing app subscribers were pleased to find their preferred newspaper included and were able to save money, but that’s about the most positive thing I can find.

Apple TV+ was a surprise. It launched at a much lower price than expected, and even better, many people aren’t paying a penny as they get a year free with an Apple hardware purchase. That was a really smart move on Apple’s part, effectively giving the company a year to turn it into something for which people will want to pay. I’m not much of a TV guy but have been enjoying The Morning Show, and all the shows seem to have their fans, so I think we have to label this a probationary success.

Apple Arcade too seems to have pleased people on the value for money front, many finding themselves more impressed than they expected to be by the games line-up. Again, I’m not a gamer myself (X-Plane Mobile is my main weakness), but it’s clear this was a very successful launch.

And the Apple Card was nothing short of marketing genius! The company took a card with relatively average benefits and available to those with very ordinary credit ratings and successfully positioned it as a ‘premium’ card on the basis of the Apple brand and a cool physical card design. Top marks for that.

For a company that is becoming increasingly dependent on Services revenue, I think it’s very much headed in the right direction.

I deliberately haven’t gotten into this year’s operating systems, in part to avoid the risk that I’ll still be writing this into 2020, and in part because I’ve only just made the switch to Catalina so can’t really comment properly on that as yet.

Of course, my positive impression of Apple’s product launches doesn’t mean I don’t have a few notes on other issues. In particular, I think Apple hasn’t always lived up to its values. I think it has much more work to do on tax. It needs to think long and hard about how it’s going to manage its relationship with China. It needs to stand by its product quality, and treat its customers right when it falls short – with software as well as hardware. It needs to find a way to make Apple Stores live up to their image and claimed Town Square vision. I’d also love to see it properly honor its musical heritage.

So that’s Apple’s report card 2019 from my perspective; what about yours? Please take our poll, and share your thoughts about the good, the bad, and the ugly in the comments.