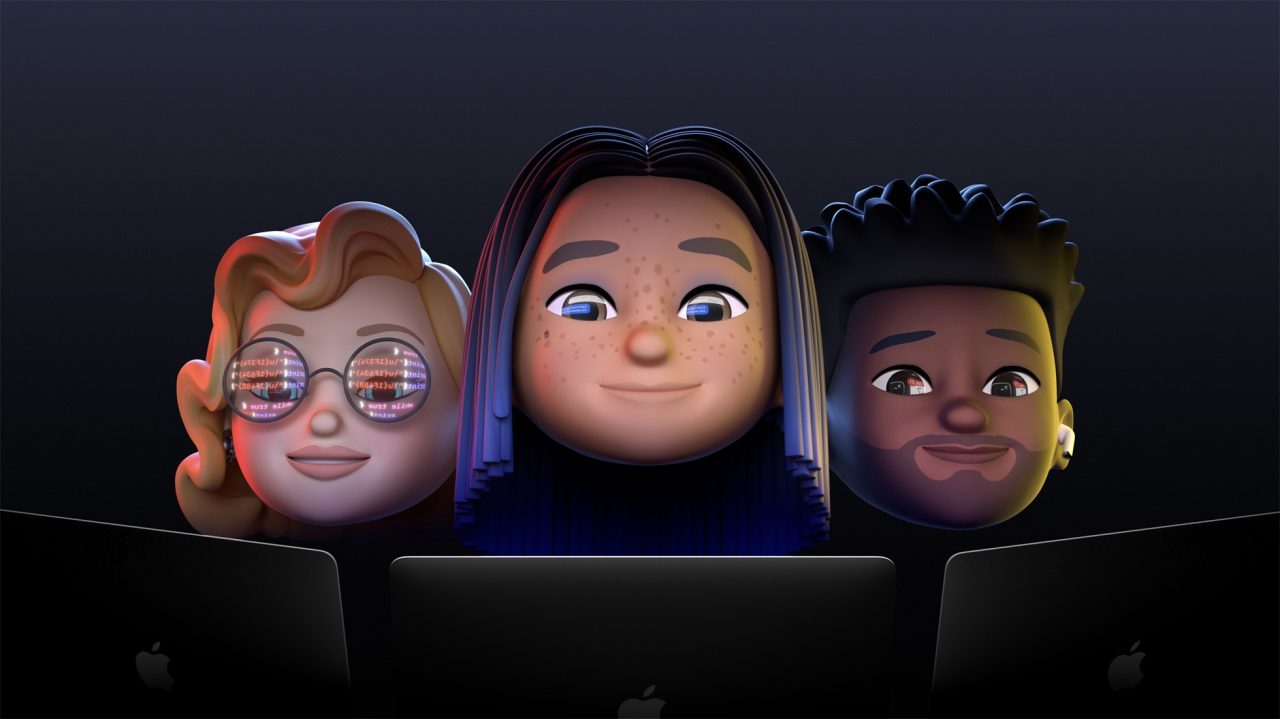 We’re officially just a few hours away from Apple’s Worldwide Developers Conference. WWDC 2021 will be a virtual event this year, and we expect Apple to unveil iOS 15, watchOS 8, and much more. Read on as we recap everything Apple could announce at the event this year.

Update June 6, 2021: A new report from Bloomberg has shed more light on what to expect from this year’s software updates. Mark Gurman reports that iPadOS 15 will include new multitasking features and support for widgets on the home screen. iOS 15 is said to include tighter privacy controls.

Meanwhile, Apple itself mistakenly seems to have revealed new applications coming to Apple Watch with watchOS 8, including Tips, Mind, and Contacts.

Finally, Apple has scheduled a separate Apple Music event for immediately following the special event keynote. The Apple Music special event, which will focus on Spatial Audio, is set for June 7 at 12 p.m. PT/3 p.m. ET.

Update June 4, 2021: Here are some last-minute rumors around WWDC, plus some more stuff to read here at 9to5Mac:

WWDC is all online

This year, WWDC kicks off on Monday, June 7. This is a return to the normal start day for the event, after the COVID-19 pandemic forced Apple to delay WWDC to the end of June last year. That being said, Apple is sticking with its virtual format for WWDC 2021.

As has become the norm over the last year, the WWDC keynote will be a prerecorded video with high production value, beautiful videography of Apple Park, and appearances from multiple Apple executives and engineers.

In addition to the keynote and State of the Union, WWDC 2021 will include the Apple Design Awards — which will have a video component this year — on June 10 at 2.m. PT/5 p.m. ET.

Finally, WWDC 2021 will provide over 200 in-depth sessions, one-on-one labs, and more. This will give developers “unprecedented access to Apple engineers and designers,” the company says.

As usual, we expect one of the biggest focuses of WWDC this year to be on the iPhone with the introduction of iOS 15. While last year saw a barrage of leaks about what to expect from iOS 14, Apple has done a better job of keeping things under wraps this year. Nonetheless, there are still some rumors about what Apple could have in store for iOS 15 and iPadOS 15.

Most of the current details about iOS 15 come courtesy of a Bloomberg report from April. In the report, Mark Gurman outlined a handful of features that could come with this year’s update to iOS 15.

One of Apple’s particular focuses will reportedly be on new ways to manage notifications. The report explained that users will be able to set different notification preferences depending on their current status, such as “working, sleeping, or custom categories.” A menu to access these controls will reportedly be located in Control Center and on the Lock Screen, which is said to be redesigned this year.

There will also be an option to set automatic replies to messages depending on their status. That will be an improvement over the current auto-reply feature, which is only currently available while driving. Apple has added some unique notifications features such as Do Not Disturb and Sleep Mode, but this will mark the first time the company offers a systemwide feature for changing notifications depending on a user’s status.

Apple is also reportedly working on changes to iMessage. The long-term goal is to make iMessage “more of a social network” and similar to WhatsApp, but it’s unclear what new features will be introduced this year.

Apple will also continue its focus on privacy with new features in iOS 15. The company is reportedly developing a feature that will “show users which apps are silently collecting data about them.” This comes just months after Apple officially launched its App Tracking Transparency feature with iOS 14.5.

A separate sketchy report indicated that iOS 15 will also include built-in support for food tracking in the Health app. This could be similar to what third-party apps such as MyFitnessPal and FoodNoms already provide, but integrated into the operating system. Other rumors have suggested a redesigned Control Center and dual biometric authentication support could be coming this year.

Interestingly, Apple has already announced a handful of new Accessibility features that it says are coming to the iPhone later this year. It’s likely that these features, such as Background Noises, will come as part of iOS 15. In fact, it’s possible that the screenshots shared by Apple have even provided a glimpse at design changes coming in iOS 15.

As reviews of the new iPad Pro indicated, iPadOS is overdue for an revamp. If Apple has an iPadOS overhaul in store, we expect it to be announced at WWDC 2021 in June.

Bloomberg has reported that iPadOS 15 will bring “the most significant update” to the iPad home screen since 2010. This update will come in the form of allowing users to place widgets anywhere on the iPad Home screen, mimicking a feature that came to the iPhone last year with iOS 14.

With the M1 chip powering the new iPad Pro, there are a lot of potential changes Apple could have in store for iPadOS 15 this year. This includes support for pro applications such as Xcode and Final Cut Pro, a new multi-tasking system, and more. Whether or not these features materialize this year remains to be seen, but they sit atop the wish lists of many iPadOS users.

My colleague Zac Hall has specifically called on Apple to introduce new features for the always-on display found on Apple Watch Series 5 and newer this year.

We’ll be sure to update this post as more rumors about what to expect from watchOS 8 start to emerge.

There was some question about the naming of this year’s macOS release, but a reference found in Apple’s WebKit documentation code in March seemingly confirmed that Apple will jump to macOS 12 this year. The macOS naming is particularly notable this year because Apple jumped from macOS 10.15 Catalina to macOS 11 Big Sur. This marked a notable change in the macOS naming conventions for the first time since the introduction of Mac OS X in 2000.

There are currently very few indications about what could be new in macOS 12 this year. A report from Bloomberg simply indicated that this year’s macOS release will be “minor” compared to the redesign we saw last year. In a concept for 9to5Mac, Parker Ortolani imagined new apps, improvements to notifications, and new privacy features for the Mac this year.

Rounding out the software platforms, we expect to see Apple update at WWDC 2021 is tvOS 15, which powers the Apple TV and HomePod. With the full-size HomePod having been discontinued, it remains unclear what new features we can expect from tvOS 15 this year. We’ll be sure to update this post if any last-minute rumors emerge.

While WWDC is generally a software-focused event, hardware announcements are not uncommon. Last year at WWDC 2020, Apple did not announce any new hardware, but at WWDC 2019, Apple unveiled the Mac Pro and accompanying Pro Display XDR. In general, Apple keeps product unveilings at WWDC limited to ones that relate to developers.

Jon Prosser reported this week that a new MacBook Pro is “confirmed” to be coming at WWDC.

Apple’s next MacBook Pro update is expected to bring a new design, Apple Silicon inside, and perhaps upgraded mini-LED display technology. The new design is said to be flatter, similar to the iPad Pro, and will reportedly be available in 14-inch and 16-inch display sizes. The “MacBook Pro” logo beneath the display is also rumored to be removed, while ports such as HDMI and MagSafe are expected to return alongside an SD card slot.

The Apple Silicon chip inside is likely to be something similar to the “M1X,” with Bloomberg reporting that it will feature a 10-core design with eight high-performance cores and two high-efficiency cores. Apple will offer two variations of the chip, one with 16 GPU cores and another with 32 GPU cores.

Outside of the MacBook Pro, Apple is also working on updates to the Mac mini, the larger-screened iMac, the MacBook Air, and the Mac Pro. Of those machines, the only that could potentially be announced at WWDC is the new Mac mini.

A recent report indicated that the new Mac mini will feature a redesigned chassis with an M1X processor on the inside. Because this is the same chip we expect to see in the redesigned MacBook Pro, it’s possible the new Mac mini could be announced at WWDC as well.

The new larger-screened iMac, the redesigned MacBook Air, and the Mac Pro are further down Apple’s roadmap. We don’t expect these products to be announced at WWDC.

In general, Apple keeps product unveilings at WWDC limited to ones that relate to developers, and the MacBook Pro seems to fit that bill.

Of all Apple events, WWDC usually has the most surprises, and we expect that to be the case this year. While we expect the tentpoles of WWDC to include iOS 15, macOS 12, and more, there is plenty of room for surprise.

Do you have any predictions for WWDC 2021? What are you most excited to see? Let us know down in the comments!