Apple released the first iOS 12.2 developer beta today, and in tow is support for Apple News in Canada, finally branching out from the initial launch countries: US, UK and Australia.

END_OF_DOCUMENT_TOKEN_TO_BE_REPLACED

Tomorrow will mark three months since the launch of iOS 8.4 and Apple Music, and this means that the first free trial sign-ups will begin expiring. In its latest push to retain users, Apple has begun emailing users with set-to-expire trials as well as pushing notifications to their devices. As can be seen in the image above, the notification encourages users to renew.

As we learned in the summer, users who do not manually end their free trial with Apple Music will be automatically opted into continuing their subscription for either $9.99 or $14.99 (family plan). Users who wish to not continue with Apple Music can disable their subscriptions manually via their iTunes account page. Last week, our own Ben Lovejoy weighed the pros and cons of Apple Music in order to make his own renewal decision.

END_OF_DOCUMENT_TOKEN_TO_BE_REPLACED

Apple today released the first Public Beta of the upcoming OS X Yosemite 10.10.3. The new release includes the iCloud-based Photos application for the Mac, new Emojis across the system, and simpler login to Google accounts for profiles with two-factor authentication enabled. This beta is labeled as build 14D87, which is the same as the second 10.10.3 beta for developers, which was released a week ago. The Public Beta is available in the Mac App Store Software Update tab for registered beta users. Apple plans to release the first Public Beta of iOS 8.3 in mid-March, according to sources. Thanks, DJ!

END_OF_DOCUMENT_TOKEN_TO_BE_REPLACED 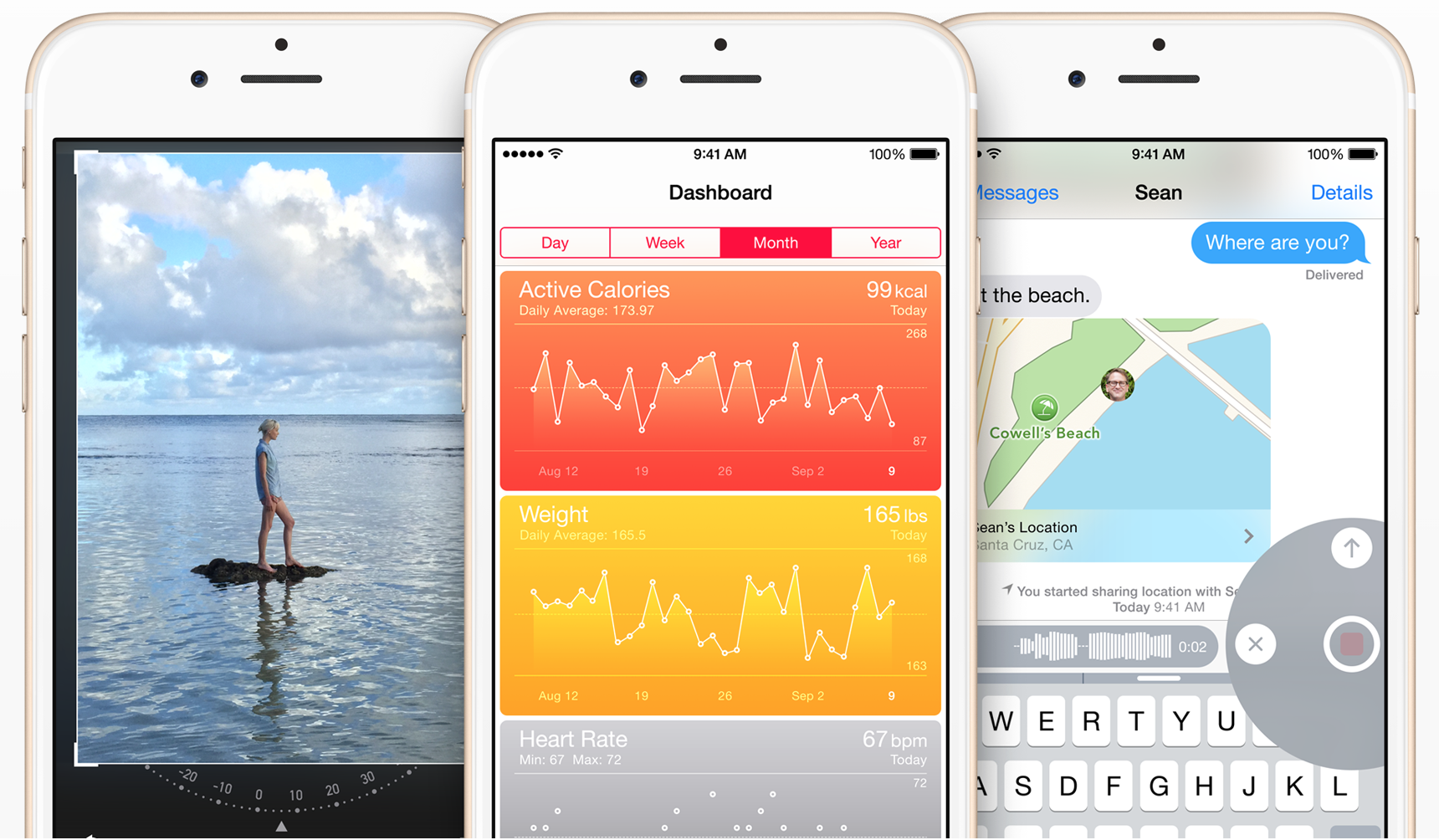 END_OF_DOCUMENT_TOKEN_TO_BE_REPLACED

In a blog post today, Mac/iOS developer Panic explained why a recent version of its venerable Transmit FTP/File transfer app no longer uploads to iCloud, and it turns out, other services:

Transmit iOS 1.1.1 is out, fixing a few bugs in our surprisingly powerful file management app for your iPhone or iPad.

Also, at Apple’s request, we had to remove the ability to “Send” files to other services, including iCloud Drive.

In short, we’re told that while Transmit iOS can download content from iCloud Drive, we cannot upload content to iCloud Drive unless the content was created in the app itself. Apple says this use would violate 2.23 — “Apps must follow the iOS Data Storage Guidelines or they will be rejected” — but oddly that page says nothing about iCloud Drive or appropriate uses for iCloud Drive.

If the issue is just iCloud Drive, why did we remove the other destinations? We had no choice. iCloud Drive exists in this sheet.

The developers are taking their case public a few days after the app update was released in an effort to persuade Apple to change their minds in this case.  Seems like a no-brainer. What say you Apple?

Apple today seeded the second beta of the upcoming OS X Yosemite 10.10.1 update to registered developers and participants in the AppleSeed program. The update is available for these users in the Software Update tab of the Mac App Store.

As with the first beta, Apple asks developers to focus their testing on WiFi-connectvitiy, Exchange accounts in the Mail app, and Notification Center. Apple has not indicated when OS X 10.10.1 will be released to the public, but the first point updates to OS X typically arrive within a month of the original version.

END_OF_DOCUMENT_TOKEN_TO_BE_REPLACED

Apple today released the second version of the OS X Yosemite Public Beta. The update is available via Software Update on the Mac App Store for those running the initial beta release; the first beta was released at the end of July. It appears Public Beta 2 is nearly the same build as the Developer Preview 6 (build r, up from f) released to Yosemite developers earlier this week. Apple has also released an updated version of the redesigned iTunes 12:

END_OF_DOCUMENT_TOKEN_TO_BE_REPLACED

Apple today has released new versions of Safari for OS X Lion/Mountain Lion and OS X Mavericks that address security and WebKit issues. The Safari 6.1.6 update for the older versions of OS X and Safari 7.0.6 update for the latest OS X are available in Software Update on the Mac App Store. Here are the release notes from Apple’s support page:

END_OF_DOCUMENT_TOKEN_TO_BE_REPLACED

Apple today has provided developers with a new beta of the upcoming OS X Mavericks 10.9.5 release. Today’s build number is 13F14, which is two builds newer than last week’s 13F12 build. Apple has asked developers to continue testing USB, USB Smart Cards, Safari, Graphics, and Thunderbolt integration with 10.9.5. The update is available for developers running the previous 10.9.5 seed via Software Update in the Mac App Store.

Disgruntled Pixel 6 owners complain of yellowing official cases; have you been affected…

Apple today provided a few new seeds to developers. First on the list is the first beta build of the upcoming OS X 10.9.5. The build is labeled as 13F7, and it will likely come as the final update to OS X Mavericks, which will be succeeded by OS X Yosemite in October. The update is available for Mavericks users signed up for pre-release updates in the Software Update section in the Mac App Store.

It also now available on the official Developer Center. Apple asks developers to focus on Safari, USB, USB Smart Cards, and Graphics for this update…

END_OF_DOCUMENT_TOKEN_TO_BE_REPLACED

Earlier this month, Apple released a MacBook Air EFI update (version 2.9) with fixes for issues with the laptop waking from sleep. Approximately a week ago, the firmware update was removed by Apple because of bugs causing MacBook Airs to crash.

Today, Apple has re-released the update with fixes as version 2.9.1:

The update can be found for mid-2011 MacBook Air owners in the Software Update section of the Mac App Store.

END_OF_DOCUMENT_TOKEN_TO_BE_REPLACED Apple has just released iOS 8 beta 3 build number 12A4318c to developers for the iPhone, iPad and iPod touch. The update is available in Software Update using the over-the-air update tool. Apple says the new beta brings various bug fixes and improvements. We’ll be updating this post as changes are found. You can send us what you find at tips@9to5Mac.com.

END_OF_DOCUMENT_TOKEN_TO_BE_REPLACED

The first beta build of OS X 10.9.4 was released at the end of last month, but so far there don’t seem to be any major new changes in the update. This is the first seed of Safari 6.1.5 that has been published, and it likely contains just a few bug fixes and improvements. This is also the first seed of OS X Server 3.2, which requires Mavericks 10.9.4 to install.

Registered Mac developers can get all of this software from the Mac Developer Center. None of these updates appear to be available to AppleSeed members yet. The Mavericks seed notes are below:

END_OF_DOCUMENT_TOKEN_TO_BE_REPLACED

A day after it released an SMC update to address MacBook Air battery issues, Apple has issued an EFI update for the same mid-2013 and early-2014 models to address various other issues:

This update improves reliability when waking from sleep and when booting while certain USB and Thunderbolt devices are connected.

This update also addresses a rare memory issue that may cause the system to randomly reboot, and an issue where the system may not properly sleep the built-in display when an external display is connected while running Windows using Boot Camp.

The update can be downloaded directly from Apple’s support website or it can be found via the Software Update tab in the Mac App Store.

Apple has issued SMC update 2.0 for all mid-2013 MacBook Airs, citing a fix for battery problems while the computer’s screen is closed.

This update addresses an issue which may cause the battery to drain faster than expected when the lid is closed.

You can download the update here or in the Mac App Store.

END_OF_DOCUMENT_TOKEN_TO_BE_REPLACED

Just under two weeks after releasing OS X Mavericks 10.9.2, Apple has seeded the first beta of OS X Mavericks version 10.9.3 to developers. The build number is 13D12. Like its predecessor, it is likely that 10.9.3 focuses on additional bug fixes. Apple asks developers to focus on Graphics Drivers and Audio during testing. We’ll update this post if new features are discovered.

Update: 10.9.3 builds in support for running 4K monitors at Retina resolution. All of the details here.

A week following the previous beta, Apple has seeded a new version of OS X Mavericks 10.9.2 to developers. The update is available via Software Update in the Mac App Store and Apple’s online developer portal. It is labeled as build 13C44, and that’s a small increase over last week’s 13C39 build. Last week’s build brought blocking for iMessage and FaceTime, while the original 10.9.2 beta introduced FaceTime Audio in the Mac’s FaceTime and Messages apps.

Apple has released a firmware update for the mid-2012 MacBook Air. The update attempts to resolve an issue that affects 64 GB and 128 GB models sold between June 2012 and June 2013. Apple says that the problem could lead to data loss. As this is a serious issue, the company has agreed to replace any affected drives that are unable to be updated. If the update installer detects that your drive is one of the models needing to be replaced, it will direct you to a page on Apple’s website that will allow you to obtain a replacement …  END_OF_DOCUMENT_TOKEN_TO_BE_REPLACED

Apple has issued software updates for 2012 13-inch and 15-inch MacBook Pro with Retina displays, and 2012/2013 MacBook Airs to resolve issues having to do with batteries. The updates are available via the Software Update function in the Mac App Store.

This update is recommended for MacBook Air (mid 2012 and mid 2013) models. This update addresses rare issues where the battery unexpectedly stops functioning, the system does not recognize the battery, or the system hangs when the battery charge reaches less than one percent.

END_OF_DOCUMENT_TOKEN_TO_BE_REPLACED

Apple has seeded a new release of OS X 10.8.3 to developers today with build number 12D68. Apple, once again, told developers to focus on AirPlay, AirPort, Game Center, Graphics Drivers, and Safari. The build comes one week after Apple released build 12D65 to developers on Feb. 6 with a fix for the “File:///” bug.

We’ll let you know if developers report any changes in today’s build. The full release notes are below. Thanks, Anonymous.

This update addresses a rare issue on some Apple notebooks where a battery that has accumulated more than 1000 charge cycles may unexpectedly shut down or stop functioning.