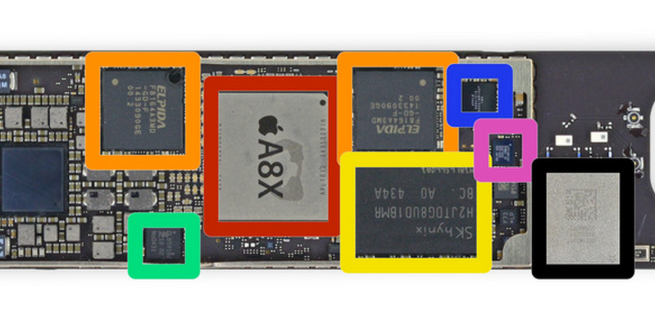 END_OF_DOCUMENT_TOKEN_TO_BE_REPLACED

App developer Craig Hockenberry has published an article today titled “in-app browsers considered harmful” warning both devs and users of security issues related to apps that take advantage of the feature. “Would it surprise you to know that every one of those apps could eavesdrop on your typing? Even when it’s in a secure login screen with a password field?” END_OF_DOCUMENT_TOKEN_TO_BE_REPLACED The update appears to have hit Apple TVs (at least in the US or Canada) with the ability to access the network and purchase subscriptions. The subscription-based WWE network allows users to sign up for service directly within the Apple TV app using an iTunes account. The company notes that subscriptions purchased through Apple TV are “billed as a single charge of $59.99 (plus applicable tax) for the six month subscription period.” END_OF_DOCUMENT_TOKEN_TO_BE_REPLACED

Rivian will start under expected $69,000 price – Cybertruck effect in action?

Tesla Cybertruck knockoffs are the hottest DIY project on the internet

The much anticipated Season 2 of Telltale’s official Walking Dead game, which some of you might have picked up for free in our bundle earlier this month, has today finally landed on both Mac and iOS. Telltale confirmed on its blog that the new season is now available to download for Mac and PC through Steam ($24.99), and the iOS version for iPhone and iPad is now available on the App Store for $4.99.

The sequel to 2012’s Game of the Year continues the story of Clementine, a young girl orphaned by the undead apocalypse. Left to fend for herself, she has been forced to learn how to survive in an unforgiving world. But what can an ordinary child do to stay alive when the living can be just as bad – and sometimes worse – than the dead?

Experience what it’s like to play as Clementine, meet new survivors, explore new locations and make gruesome decisions in this five-part game series of choice and consequence.

Episode one is available now for Season 2, but Telltale notes that you can “Save 25% on additional episodes in The Walking Dead: Season Two by purchasing the Multi-Pack [Episodes 2-5 bundle] via in-app in the ‘Episodes’ menu.” END_OF_DOCUMENT_TOKEN_TO_BE_REPLACED

Yelp receives a nice update today for iPhone and iPad that brings the app up to version 6.9.1 and introduces a new feature (in at least the US) for users to order food directly from within the app. Now, while reading a review of a local restaurant users will be able to tap a new “Order Pickup or Delivery” button to place an order. The feature isn’t available everywhere yet, but Yelp plans to roll out the button to new locations in the weeks ahead.

New in 6.9.1: • Reading that review making you hungry? Well, you can now order delicious meals without ever leaving the Yelp app! We’ll be rolling this out to more locations in the coming weeks, so check for the “Order Pickup or Delivery” button on your favorite local restaurants.