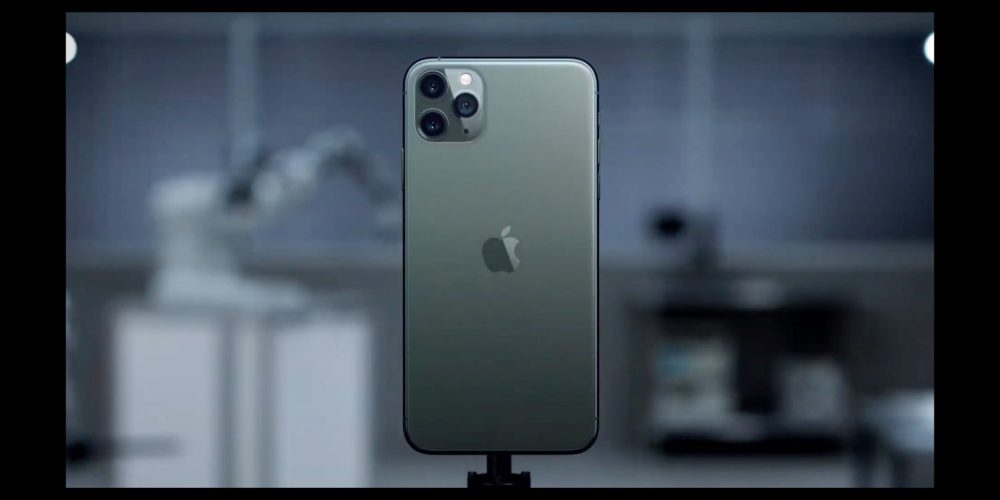 The camera has wide and ultra-wide lenses, rather than wide and telephoto like many people had predicted. This feature gives users the ability to adjust cropping and zooming after the photo is taken. There’s also a new night mode that comes on automatically to brighten photos in low-light situations, and reduces noise. It also has a next-generation Smart HDR.

QuickTake is a new video feature that makes it easier to take videos by long-pressing on the camera button. Video quality is 4K quality at 60 fps, as well as slo-mo, time-lapse, and expanded dynamic range.

The front-facing camera has been updated to 12 MP with wide-angle selfie support when the phone is in landscape. You can also take 4K video at 60 fps, as well as slow-mo videos.

It’s powered by Apple’s new A13 Bionic chip, which Apple touts as its faster processor ever. As for battery life, the iPhone 11 packs a one-hour-longer battery life than the iPhone XS.

Apple has added the ultra-wide lens on both the iPhone 11 Pro and Pro Max, which is shown in the Camera app as a 0.5x button. All a user has to do is just zoom out to see more and take wider shots, from 0.5x to 2x. The ultra-wide has an f/2.4 aperture with a 120-degree field of view.

There are also upgrades to the telephoto and wide-angle lenses, including 100% Focus Pixels. There is a new Night mode to take illuminated low-light photos similar to the Google Pixel Night Sight feature.

Like with the non-Pro version, Apple has upgraded the front camera with a 12-megapixel sensor. The camera is also wider so you can now rotate to landscape on the selfie cam to fit more people into the frame. There is also slow-mo on the front camera for the first time.

How much is your iPhone 11/Pro worth right now?

The iPhone 11 and 11 Pro are no longer the latest and greatest iPhones, and that means it’s time to check your trade in values. Whether you’re looking to sell your iPhone 11 to upgrade to the iPhone 12 mini or even the iPhone 12 Pro Max, you’ve come to the right place. First, let’s find out how much it’s worth and how to get the most value for your trade-in. 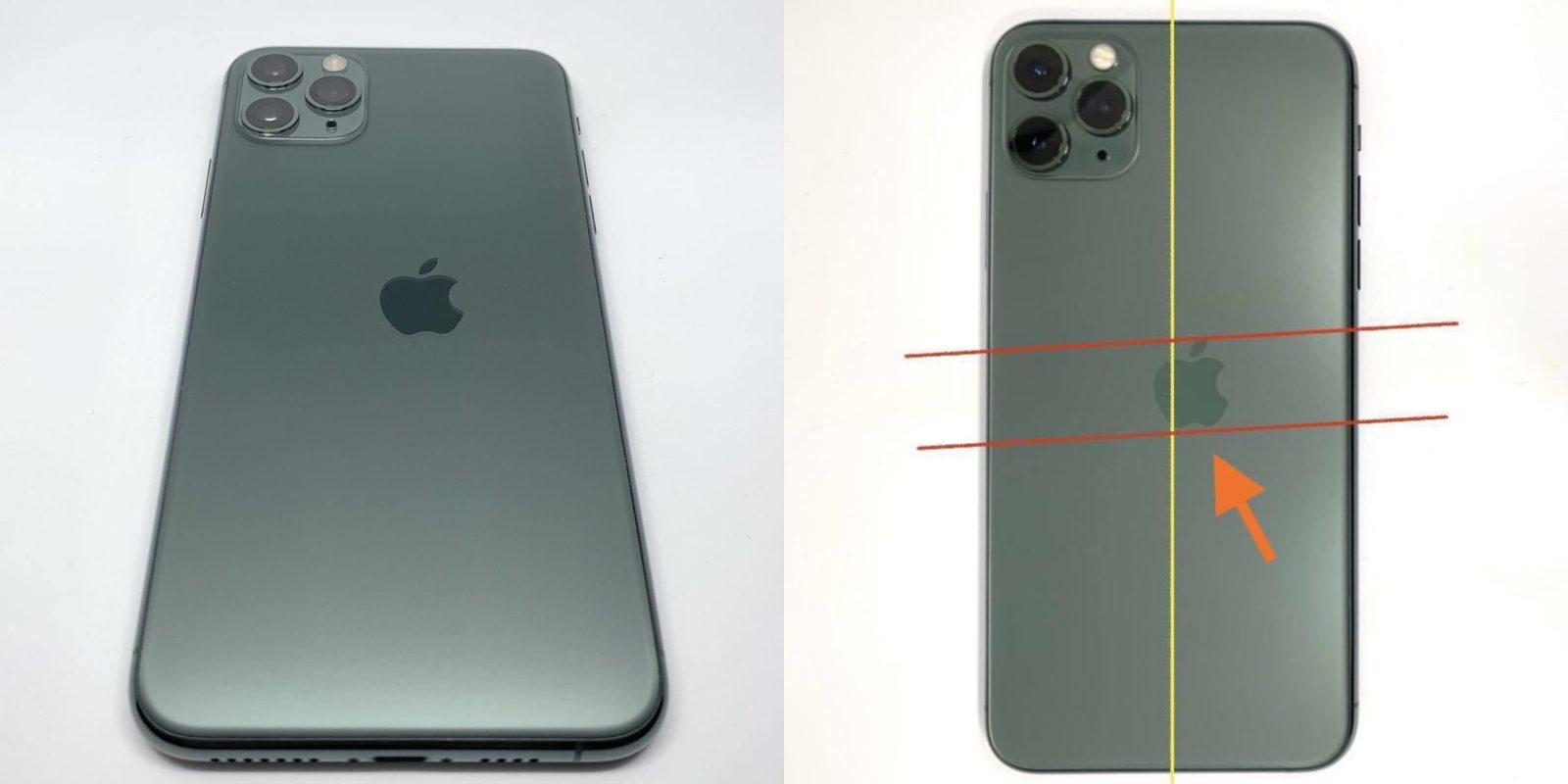 We see quite a few iPhone prototype images nowadays, but something that is rare is to see an iPhone misprint or some sort of production error. New images shared on Twitter this week show an iPhone 11 Pro misprint, which could be as rare as 1 in 100 million.

END_OF_DOCUMENT_TOKEN_TO_BE_REPLACED

A tourist was able to recover his iPhone 11 Pro Max after dropping it on Taiwan’s Sun Moon Lake after a year, reports Taiwan News.

Remember when Messerschmitt built that weird 3-wheeler? It’s back as an electric car! 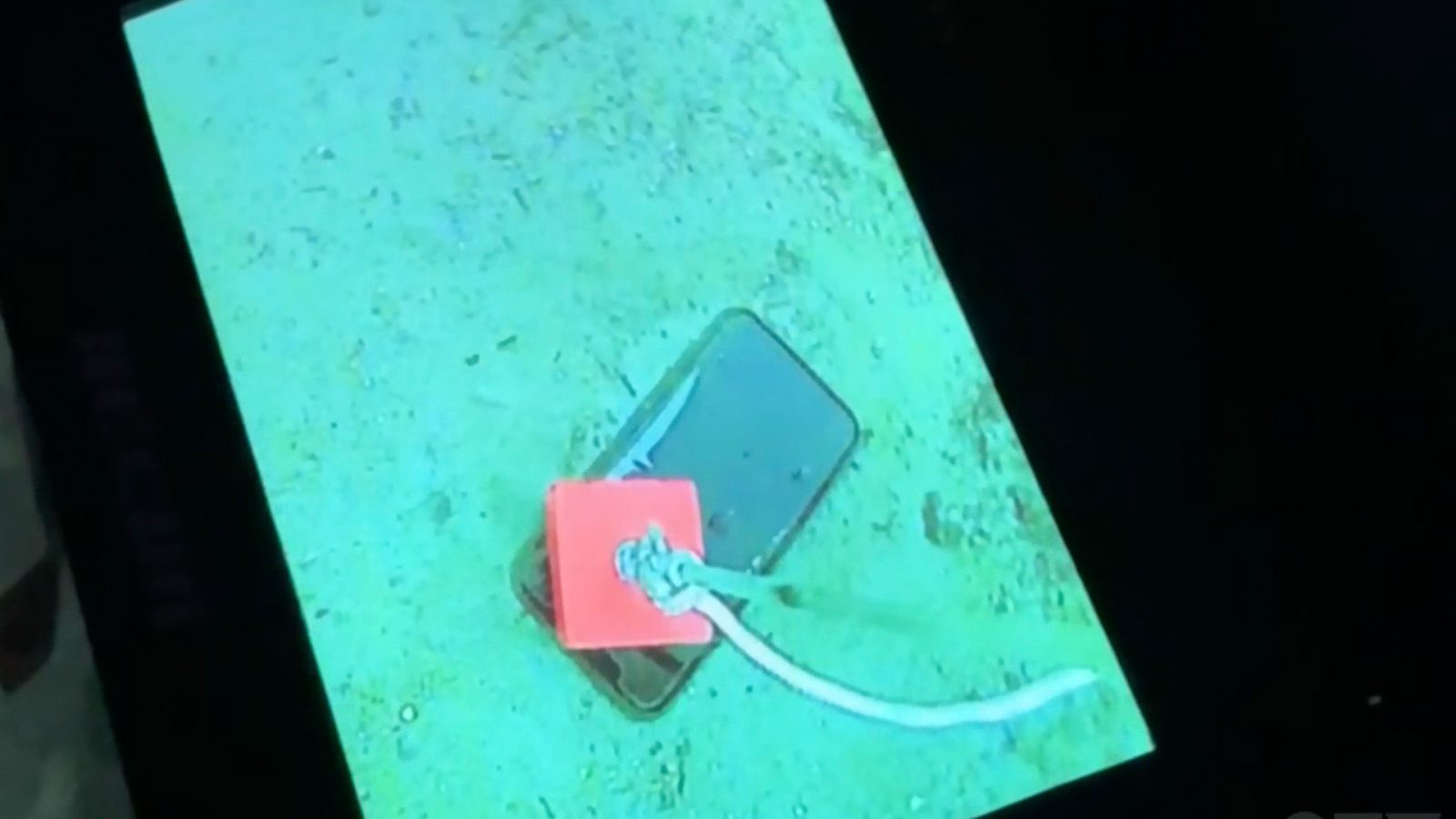 Two weeks ago, we reported that an iPhone survived six months at the bottom of a lake. Now, a new story shows an iPhone 11 Pro that survived a 30-day dive in a deep-freezing lake in Canada.

CTV News reports that a woman named Angie Carriere was celebrating her 50th birthday in an ice fishing spot in Waskesiu Lake, Saskatchewan when she accidentally dropped her iPhone 11 Pro into the lake.

END_OF_DOCUMENT_TOKEN_TO_BE_REPLACED 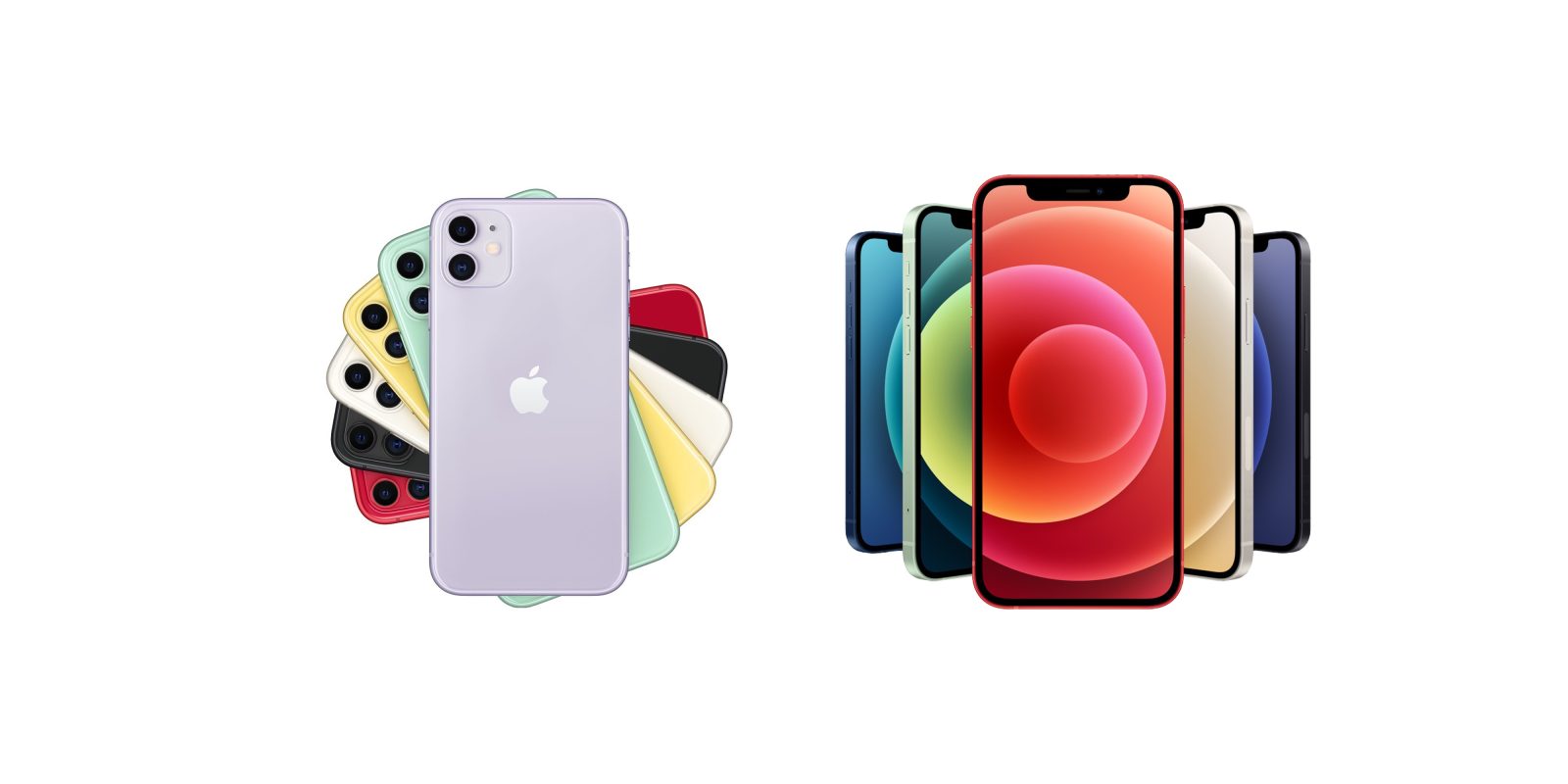 While the iPhone 12 is the latest and greatest, Apple is still selling the iPhone 11 as part of its lineup of new iPhones. Furthermore, many existing iPhone 11 users are likely wondering whether the iPhone 12 justifies an upgrade. Read on as we round up all of the details on the iPhone 11 vs. iPhone 12, and which you should buy in 2021.

END_OF_DOCUMENT_TOKEN_TO_BE_REPLACED 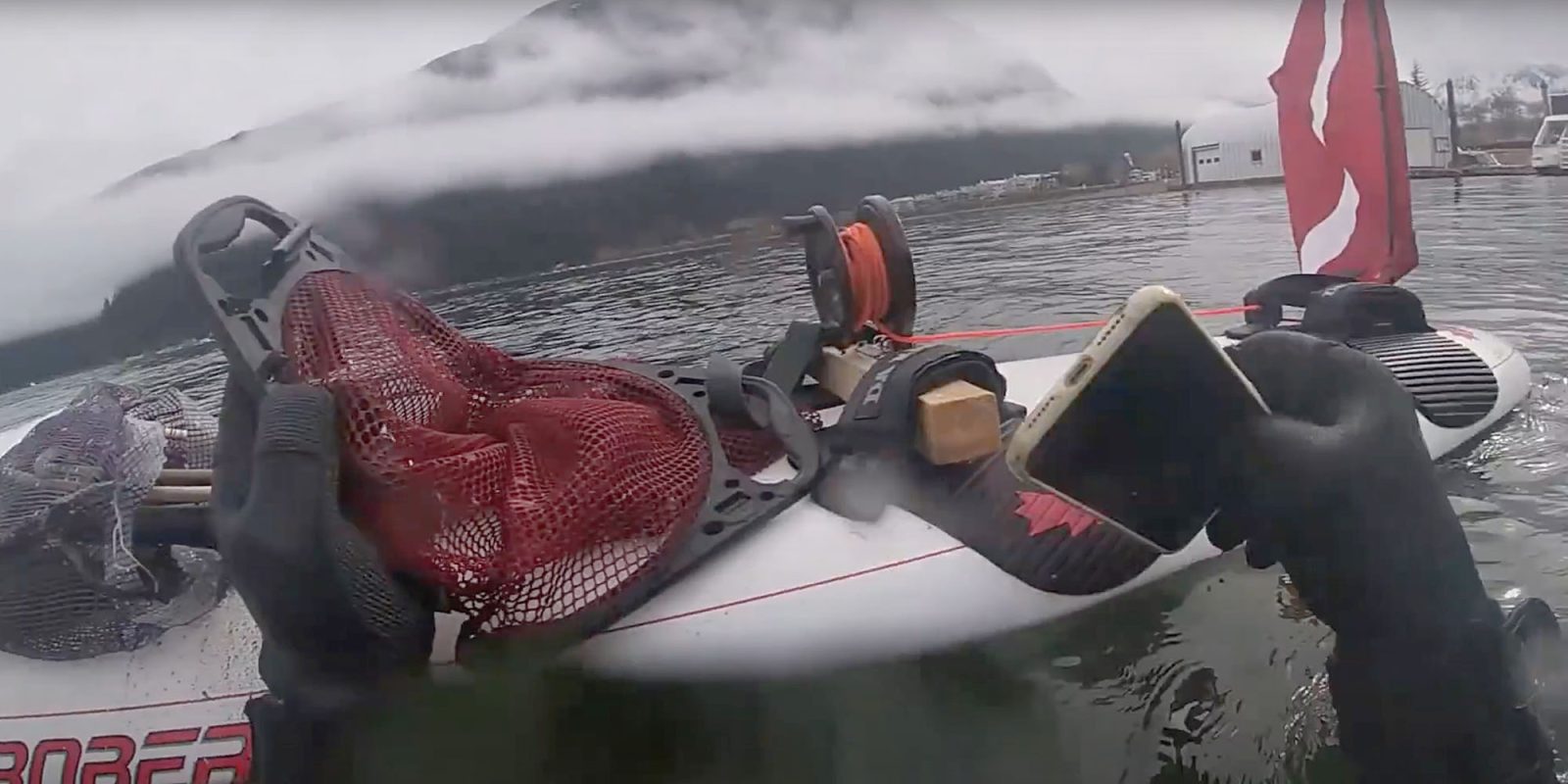 An iPhone 11 survived almost six months at the bottom of a lake before being found and rescued by divers. It was a particularly fortunate rescue since the phone hadn’t been backed up, so its owner was able to recover photos she thought were lost forever.

It’s a pretty big over-delivery on Apple’s promised waterproofing rating for the phone, which is defined as good for a maximum depth of two meters (6.5 feet) for up to 30 minutes …

END_OF_DOCUMENT_TOKEN_TO_BE_REPLACED

FIXAR drones to be built in Ontario, Canada