Here’s everything Apple announced during its WWDC keynote today [Poll] The opening day of WWDC 2018 has officially come to a close. It was a day chock full of announcements for Apple’s various operating systems, and we’re still learning more as we continue to dig through each of them.

It’s easy to get overwhelmed on an Apple event day, so read on as we roundup all of today’s news…

As usual, headlining WWDC is the next iteration of iOS, unsurprisingly dubbed iOS 12. This update includes a slew of new features and changes, with Apple touting that it has doubled down on device performance.

Despite a focus on performance, there are still many user-facing feature additions and changes, including grouped notifications, Siri improvements, and much more. Next up during the keynote was watchOS 5. This update brings features such as a dedicated Podcasts application, Activity Sharing changes, automatic workout detection, a Walkie-Talkie feature, and more.

Furthermore, the Siri watch face can now integrate with third-party apps such as Nike Run Club, Citymapper, and Lose It!. There’s also automatic Siri recognition, so you no longer need to say “Hey, Siri” to start talking to Siri. 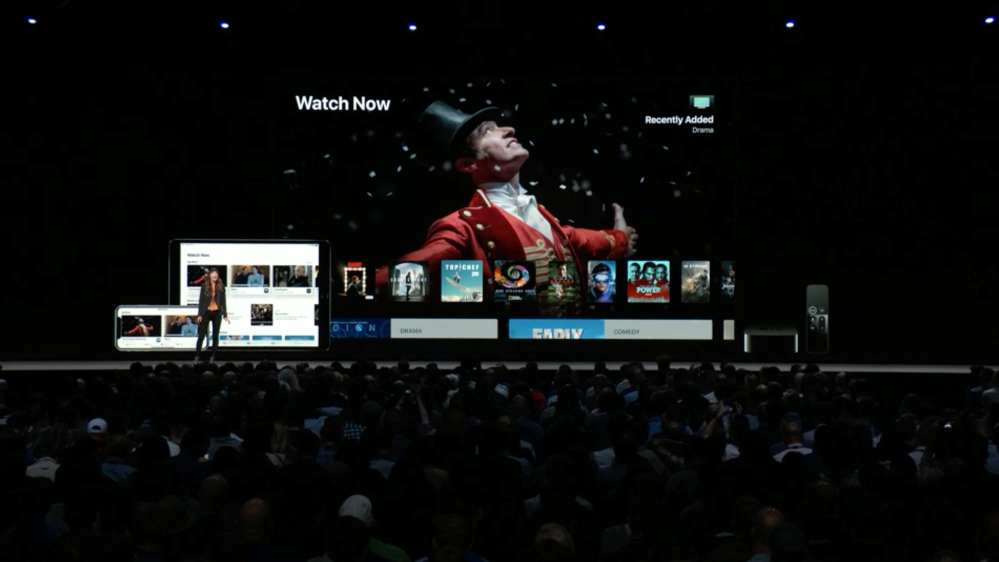 tvOS 12 finally brings support for Dolby Atmos audio, which is sure to please many Apple TV 4K users. Much like the upgrade to 4K HDR, iTunes films will be updated to Dolby Atmos at no additional charge.

Apple also announced a new “Zero Sign-On” feature that means you won’t ever have to enter your cable credentials, so long as your connected to your cable company’s broadband. Charter Spectrum is the first to support this feature.

There are also new aerial screensavers with footage from the ISS. Last but not least, Apple unveiled the next iteration of macOS, dubbed macOS 10.14 Mojave. This update includes a more expansive dark mode, a redesigned Mac App Store, and much more.

There’s now an Apple News app on Mac, as well as a Home app with support for using Siri to control HomeKit devices. Finder is receiving multiple enhancements with a new Gallery view, as well as a new contextual sidebar.

As part of its macOS 10.14 unveil, Apple offered a sneak preview at its multi-year project that brings UIKit iOS apps to the Mac. Apple is testing this feature this year with its own applications, including Apple News, Voice Memos, and Home.

While those were the tentpole announcements at WWDC, there were a few other notable details throughout the day. Apple introduced new iPhone case and Apple Watch band colors, as well as a new Health Records API. It also replaced the 29W USB-C power adapter with a new 30W model.

While Apple’s opening keynote is in the books, we’ll continue to learn much more about its new operating systems as the week progresses thanks to ongoing developer sessions.

What was your favorite announcement today at WWDC? Let us know in the poll below and discuss down in the comments!